STACEY Solomon and Joe Swash have had their first festive row - over a huge Christmas sleigh.

The hilarious pair can be seen on social media having a to-do on what the arts and crafts mum calls 'Sleigh Day' while Joe's busy in the bath.

A smiling Stacey said: "Just sat in the bathroom trying to hurry up Joe."

The former EastEnders star responded: "Listen, don't try and hurry me up. Every time you have a bath you put the flowers out, candles out, you're in here for about three hours..."

To which the mum responded laughing: "It is a real day!"

Keeping fans up to date on 'Sleigh Day', Stacey posted a picture on the way to pick up the goods.

She wrote: "Finally out and on our way to pick up a sleigh. Happy Sleigh Day!"

Then back at home, she told followers: "Current situation. We're back and straight out into the garden.

"They're so excited my heart is physically hurting!

She continued: "The best Saturday afternoons are spent with them.

"Love you boys. They were so happy when they finished all the reindeer bits."

But the perfectionist had to add her craftsmanship to the creation: "Not going to lie, I did have to go over every bit again.

"Can't deal with the streaks but they loved it so much and I couldn't stop smiling the whole time."

Telling fans about the reindeer, she said: "I searched high and low for these as lots were too big and really expensive...

"Well, half way there at least. We need to finish antlers and base and then add some special finishing touches and they'll be ready to go out the front.

"So many of you are like, Stace, they look more like dogs than reindeer but it's because their antlers aren't on yet!"

Yesterday Stacey was in tears of laughter after being called a 'cheapskate' by a social media troll.

The busy mum shared the video post on Instagram after being criticised by a mean follower for hand-making her mum a festive present - which she took great amusement to.

The message she was referring to read on her Insta stories: "I wouldn't ever do that for my mum you cheapskate."

In the video, Stacey is in hysterics as she explains the negative comment she's just read calling her cheap.

A laughing Stacey, barely able to speak, told viewers: "Sometimes I lay here and I land on the perfect messages! And this one's really got me! 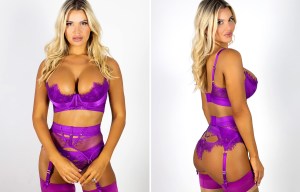 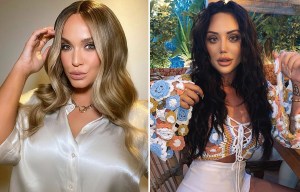 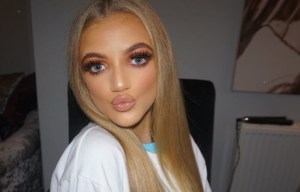 "I'll have you know my mum's going to love it! She loves everything I make! She's still got pasta necklaces I made her when I was four!"

The doting mum has children Zach and Leighton from previous relationships, while Joe has son Harry, 13, with ex Emma Sophocleous, 35 – but Stacey doesn’t try to pretend that everything is easy all of the time.

“There’s no guidebook on how to make it work. You’ve just got to hang in there if you really love somebody, even if it’s difficult with the children.

"Keep loving each other and keep loving the kids and that’s all you can do."

Kramaric scored the 74th goal in the Bundesliga, breaking Olic's record among Croats
Suarez has 12 goals in his first 15 games for Atletico - the best start in La Liga for a new club since Ronaldo
16-year-old Small - the youngest player in the history of Everton
Solskjaer on 3-2 with Liverpool: Manchester United won on their own terms. It's a good feeling
Hames scored 10 (3+7) points in Everton's home matches. Away - 0
Suarez scored his 12th goal of the La Liga season. Messi has 11
Miller on the Manchester United defeat: Devastated. There is no second chance in knockout football
Source https://www.thesun.co.uk/tvandshowbiz/13329055/stacey-solomon-joe-swash-giant-sleigh-for-their-garden/