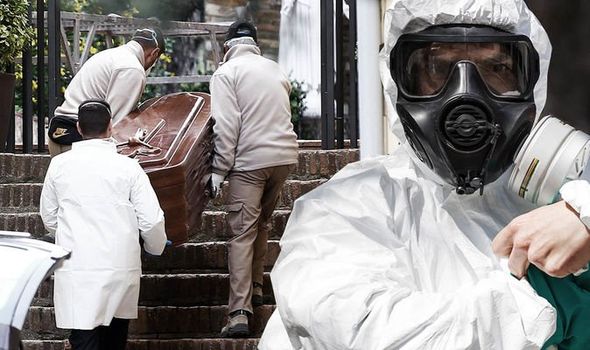 Spain has registered a new record number of deaths in a single-day period (Image: nc) 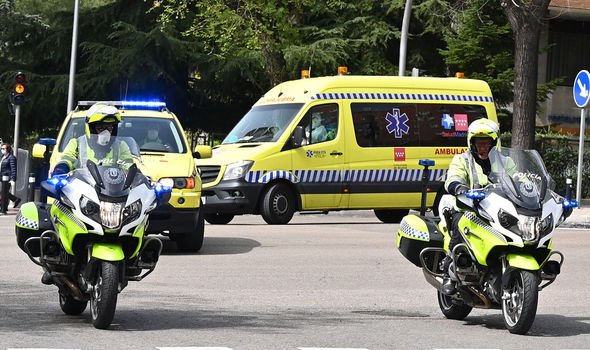 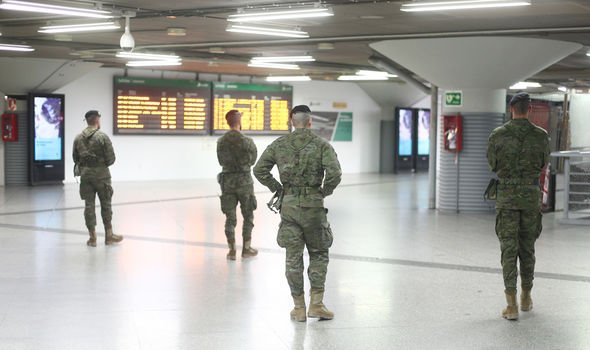 Soldiers or the Armoured Division of the Army are seen controlling Atocha Station (Image: GETTY) 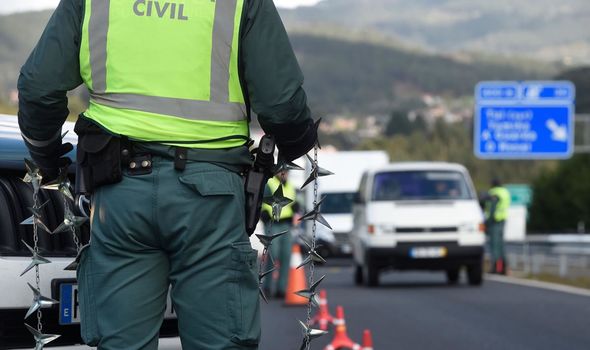 It beats the previous Spanish record of 769 coronavirus deaths which was announced yesterday.

The grim statistic means 5,690 people with the virus have now died in Spain.

The number of new coronavirus cases registered in the past 24 hours is 8,000.

Only Italy’s single-day death tally is worse than Spain’s - with 969 dying there from coronavirus in the 24 hours between Thursday and Friday.

On Monday a second makeshift morgue is due to start functioning in Madrid, Spain’s worst affected area, after a retail centre ice rink where families paid six pounds a time to skate became its first stop-gap body drop because of the saturation funeral parlours were facing.

The new temporary morgue, known locally as the Donut because of the way it looks from the sky, was built to be Madrid’s Institute of Forensic Medicine but never opened.

Nikita Kashaev: When Swedes learn about the statistics of coronavirus in Russia, their eyes pop out
Besiktas players got down on one knee, forming the initials of George Floyd
RB Leipzig considers Rasetsu as a replacement for Werner
Director of Bayer: the Future of Havertz has not yet been determined
Arsenal is ready to pay 25 million euros for 19-year-old Feyenoord midfielder Kekcu
Real were denied the transfer of Havertz for 80 million euros. Bayer wants 100 million (Bild)
Balotelli on skipping training: I'm still sick
Source https://www.express.co.uk/news/world/1261632/spain-coronavirus-news-death-toll-latest-update?utm_source=feedburner&utm_medium=feed&utm_campaign=Feed%3A+daily-express-news-showbiz+%28Express+%3A%3A+News+%2F+Showbiz+Feed%29