Beijing claims sovereignty over almost all of the region but this clashes with rival claims from five of its neighbours. The United States rejects Chinese sovereignty over the world’s busiest shipping lane and regularly sends warships on “freedom of navigation” patrols through the area.

The US said the mission was taking place to “ensure freedom of the seas, build partnerships that foster maritime security”.

Rear Admiral Doug Verissimo, who is commanding the carrier group, added: “After sailing through these waters throughout my 30-year career, it's great to be in the South China Sea again, conducting routine operations, promoting freedom of the seas, and reassuring allies and partners.

“With two-thirds of the world's trade travelling through this very important region, it is vital that we maintain our presence and continue to promote the rules-based order which has allowed us all to prosper.” 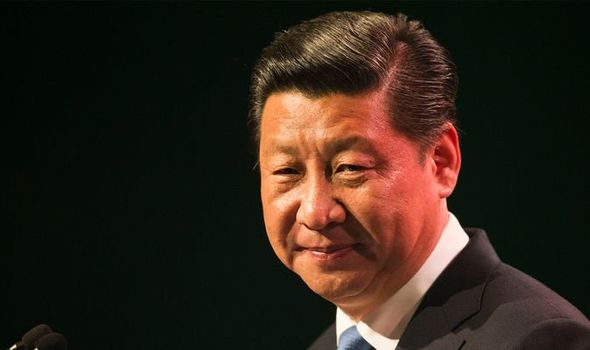 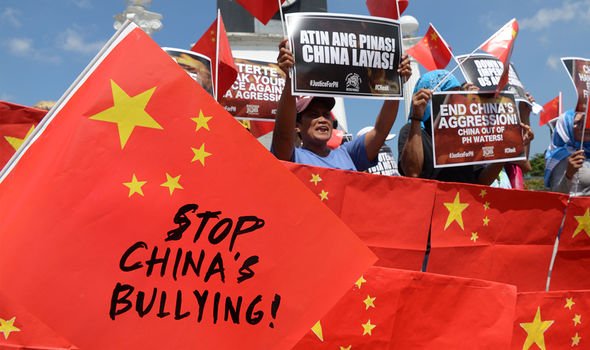 Beijing contests control of the South China Sea with several of its neighbours (Image: GETTY)

On Sunday, Chinese combat aircraft made a major incursion into Taiwanese airspace for the second day running.

Taiwanese forces warned the intruders away and prepared missiles as a precaution.

China regards Taiwan, which is situated off its eastern seaboard, as an integral part of its territory and has threatened military action to bring it under control. 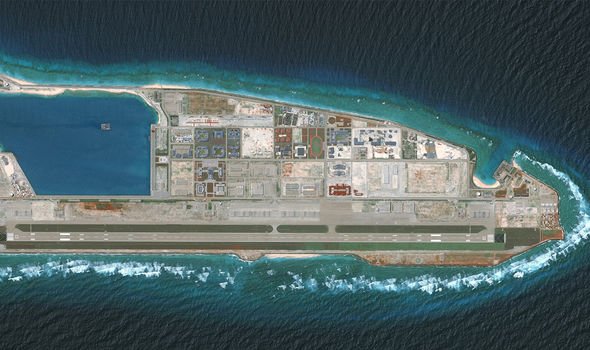 Taiwan, formed by the losing anti-communist faction from the Chinese civil war, is a close ally of the US.

The Chinese move was condemned by Ned Price, a spokesman for the US state department.

He said: “The United States notes with concern the pattern of ongoing PRC [People’s Republic of China] attempts to intimidate its neighbours, including Taiwan. 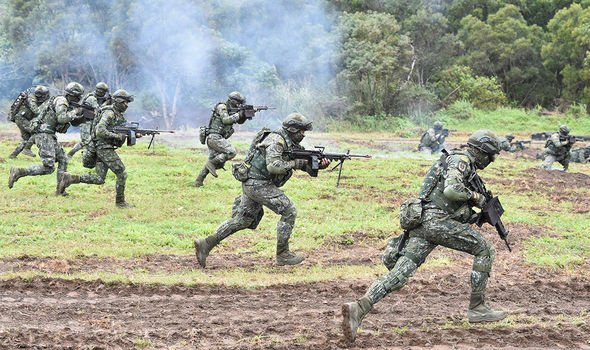 “We urge Beijing to cease its military, diplomatic, and economic pressure against Taiwan and instead engage in meaningful dialogue with Taiwan's democratically elected representatives.”

On Friday, China passed a new law allowing its coast guard to open fire on foreign vessels in what it considers to be its territorial waters.

As well as the South China Sea Beijing claims sovereignty over a number of East China Sea islands which are currently controlled by Japan.

Speaking to CNN Christian Le Miere, a maritime security expert, warned the new law “strikes at the heart” of the US policy of supporting freedom of navigation.

He added: “China’s coast guard is already doing most of the heavy lifting in maritime coercion in the near seas, so it’s worth examining the new legislation just passed on this issue.”

On Tuesday, Antony Blinken, Joe Biden’s incoming secretary of state, said there is “no doubt” China poses the biggest threat to the US during his Senate confirmation hearing.

Alisson will miss his father's funeral
Pep Guardiola: Manchester United, Barcelona and Real Madrid all won because they spent the most. City is no different from the top clubs
Abramovich gave the go-ahead to buy Holland. Chelsea is ready to spend more than 100 million euros
Solskjaer pro Europa League: The game against Milan will make you feel like we are in the Champions League. This is a great club, we respect their history
Shearer on Lampard's resignation: He should have been given more time. But he knew how things were done at Chelsea
Manchester United are persuading Pogba to extend his contract. Solskjaer wants the midfielder to stay
Solskjaer on Chelsea's unbeaten run under Tuchel: I hope Manchester United can break it - now it's my job
Source https://www.express.co.uk/news/world/1388459/World-War-3-news-South-China-Sea-US-carrier-group-Beijing-Chinese-Joe-Biden-ont?utm_source=feedburner&utm_medium=feed&utm_campaign=Feed%3A+daily-express-news-showbiz+%28Express+%3A%3A+News+%2F+Showbiz+Feed%29