SNP MP Pete Wishart caused the Conservative benches to burst into laughter as he praised the European Union for their "efficiency" while warning the British Government will be "trounced" during trade talks. Mr Wishart took the floor after Chancellor of the Duchy of Lancaster Michael Gove unveiled the UK's mandate for trade talks, insisting Boris Johnson will demand Brussels agree to strike a series of free trade agreements protecting current commercial links. But the SNP MP insisted such an agreement would not be reached: "Look at what we’re up against. 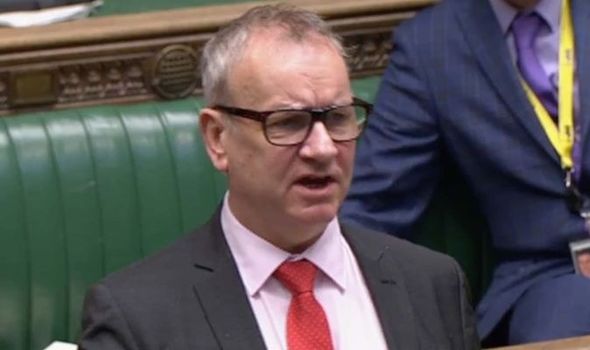 "It’s the UK up against the efficient, effective WU with their negotiating team."

His statement sparked roaring laughter in the Conservative side of the Commons but Mr Wishart continued on with his warning: "They are laughing, laughing while they’re sitting there with their proposals which mean absolutely nothing.

"They will be trounced by the EU during the negotiating process. Their hard Brexit will do nothing other than hurt my nation.

"Even with one of these FTAs, our GDP will be hurt by 6.1 percent and if they get their cherished no deal, the consequences will be absolutely catastrophic for my nation of Scotland."

Elderly couple in Tenerife, 82 and 86, ‘made coronavirus suicide pact agreeing to stab themselves to death’

‘Bodies are loaded onto freezer truck with a forklift at NY hospital’ as state’s coronavirus death toll soars past 1,000

UK death toll jumps by 180 as more than 1,400 people die from coronavirus

How you can support your local newspaper #ThereWithYou

Coronavirus deaths in England rise to 1,284 after 159 more people die including four with no previous health conditions

Uber to give 300,000 free rides and Uber Eats meals to NHS staff to say thanks

Now's the time – 15 epic video games for the socially isolated

Best pyjamas for women that are stylish and comfortable

There With You: Coronavirus-hit Chamomile Cafe in Belsize Village looking to donate 900 eggs to a good cause

Another 180 dead as UK coronavirus death toll jumps to 1,408