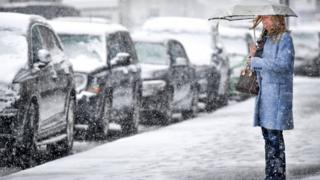 Commuters have been warned of possible disruption to travel as snow is expected across much of Scotland on Monday.

The Met Office has issued a yellow weather warning

Snow was affecting a number of routes in Dumfries and Galloway, the Borders and Midlothian early on Monday morning.

Vehicles and passengers may become stranded on roads with delays possible, as well as potential disruption to rail and air travel.

Some rural communities could become cut off and power cuts could occur with other services such as mobile coverage affected.

The snow may turn to rain in the afternoon towards the Scottish Borders, but forecasters said there could be "significant" accumulations further north.

It comes after a weekend of high winds and rain with flooding leaving cars, roads and fields submerged in some parts.

One woman had to be rescued from her vehicle by canoe in Old Kilpatrick, West Dunbartonshire.

The Scottish Environment Protection Agency originally had more than 40 flood warnings in place at its peak.

While the overall picture has improved during the week, parts of north-west England experienced more than a month's worth of rain between Thursday and Friday. 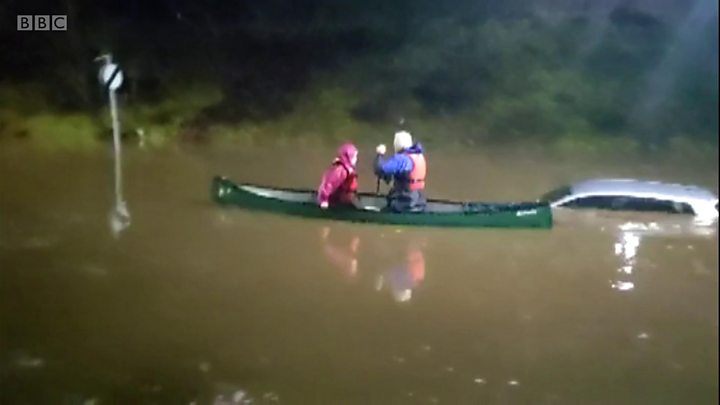