SATURDAY Night Live will be airing a socially-distanced version of the show this weekend.

They shared a picture of the cast members on a video conference, as they tweeted the announcement of "SNL at Home."

It comes after Weekend Update co-host and SNL's co-head writer Michael Che revealed that his grandmother died from COVID-19.

He shared the news on Instagram, lashing out at the hurt that the loss had caused.

“I’m doing OK, considering. I’m obviously very hurt and angry that she had to go through all that pain alone.”

Che then said that he “shouldn’t curse,” but added: “I’m just frustrated because there’s so much we still don’t know about it, and I don’t think we are getting the whole truth.”

He then referenced a theory that COVID-19 developed because of a human-ingested bat, “I just refuse to believe I lost my sweet, beautiful grandma because some n***a ate a bat one time.” 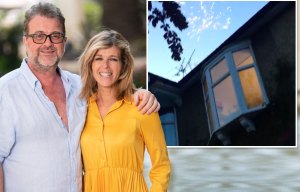 'you are all amazing'

Kate Garraway's neighbours set off fireworks as they clap for carers 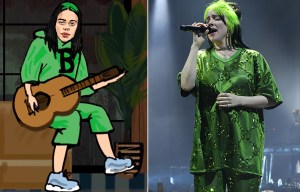 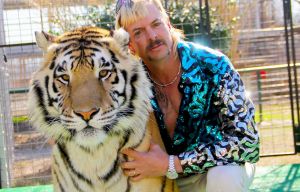 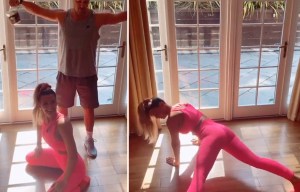 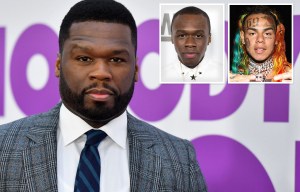 50 Cent slams son, would rather have criminal Tekashi 6ix9ine as a child

In the post, Che also talked about the importance of eating healthily, including eating lots greens vegetables and avoiding fast food. He also went after the fast-food industry for delivering food and attacked the media.

“Maybe tell people what they should be eating and what foods to avoid … instead of just posting death tolls as your lead story every g****mn day!” he said.

He also got a dig at Netflix’s massively popular Tiger King docuseries, “If we can spend 6 hours watching some tweaker raise tigers, then we can spend a few minutes finding out how to not poison ourselves.”

He ended the post by going back to his bat theory. “I bet somebody tried to warn him, like, ‘That bat smells a little funny. And his dumba** was probably like, ‘Ehhhhh, what’s the worst that could happen?’ Whatever. I’m just mad.”

Trump sulks after being mocked about ISIS, boobs and buildings on SNL

Lyon bought Toko-Ekambi from Villarreal for 11.5 million euros
Porto coach: Matches without fans are like salad without dressing. Without vinegar, oil and salt – not the same
Newcastle defender Yedlin: We do not demand that the lives of blacks are more important than the lives of whites. Just to be treated as equals
Barcelona could sign Alfonso Davies for 8 million euros in 2017
The Premier League allowed clubs to play friendly matches. The coaches will judge
Chelsea can make two serious transfers. Chilwell is one of the priorities
Tiago started training in the General group of Bayern, Luca Hernandez is engaged individually
Source https://www.thesun.co.uk/tvandshowbiz/11368027/snl-season-45-return-remotely-produced/