SIR Busker will carry top-weight in a 29-strong field in Saturday's Cambridgeshire.

William Knight's stable star has been a revelation this season and lines up off a mark of 111 having been rated 89 this time last year.

With 7lb claimer George Bass on board Certain Lad, the four-year-old has inherited top-weight and will be ridden by Callum Shepherd in the £120,000 feature.

He was second to Century Dream in the Celebration Mile at Goodwood last time and had the option to run in Friday's Group 2 Joel Stakes.

But Sam Hoskins, racing manager for owner Kennett Valley Thoroughbreds, feels the return to handicap company in the Cambridgeshire is a better option.

He said: "(Joel runners) Benbatl and Kameko are proven Group horses. Ultimately the prize money is more for the Cambridgeshire than it is for the Joel.

"We feel we've probably got a better chance in the Cambridgeshire than the Joel and the race is worth more, and he's a gelding so it doesn't really make a difference if he runs in a Group race.

"Running in a Group race is for prestige, which doesn't really mean anything for a gelding, so we're shooting for the money.

"It'll be intriguing seeing him at nine furlongs as well. He should stay, but it could be interesting to see where we could go in the future." 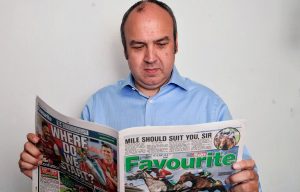 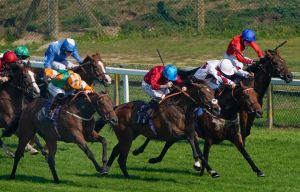 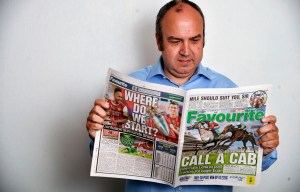 Top tipster Templegate's best bets for the racing on Wednesday 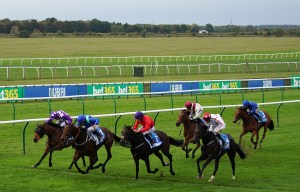 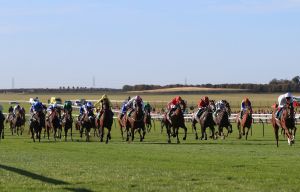 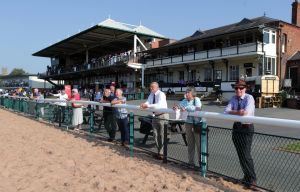 Elsewhere on Saturday, leading antepost fancies Minzaal, Supremacy, Lucky Vega and Method all stood their ground among a field of eight for the Middle Park Stakes.

Five runners were declared for the Royal Lodge Stakes, with the field headed by Aidan O'Brien's Ontario and the Clive Cox-trained Cobh.

Barcelona are concerned about the shape of the Target. The club believes that he did not work enough on vacation
Laporte was supported by van Dyck: Sorry, bro. No joy, even though we are rivals
Lautaro Martinez: Messi is the best in the world. He is always one step ahead of the rest
The Atletico stadium was painted pink as part of the campaign to fight breast cancer
Frank Lampard: nothing comes easy in the Champions League. This is a great platform to learn new things
Ronaldo was not included in the Juve bid for the match against Dynamo Kyiv
Bruno on the role of captain: I didn't expect it. Tomorrow it's not about me, it's about the team. Everyone should be a leader
Source https://www.thesun.co.uk/sport/12754919/newmarket-cambridgeshire-runners-and-riders-sir-busker/