Scottish Tory leader Douglas Ross said the First Minister should be “ashamed” after 14 years of “inexcusable” failures including the loss of thousands of lives to drugs. In his most scathing attack of the Holyrood election campaign so far, Ms Ross claimed the SNP leader had forgotten “Scotland’s most vulnerable” because she was “permanently distracted” by her drive to break up Britain. His comments came after Annemarie Ward, chief executive of the recovery group FAVOR Scotland, said the “situation on the ground is getting worse” despite Ms Sturgeon’s promise of more than £250 million of new funding and sacking her public health minister.

Ms Ward, an SNP member, warned “the current system is broken” and users in the areas with the worst drugs problem, such as Glasgow, are still being denied access to treatment.

In 2019, 1,264 people died of drug misuse - taking the death toll to its highest level on record in Scotland for the sixth year in a row.

The figure had doubled since 2014 and means Scotland has the worst drugs death rate in Europe. It is about three and a half times that of England in Wales. 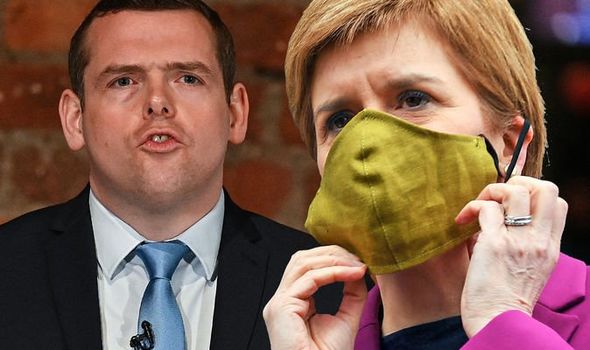 Ms Sturgeon admitted during last week’s STV leaders’ debate that she has taken her 'eye off the ball' on the drugs death crisis, when challenged by Mr Ross for letting down Scots.

The Tories are today due to unveil a new advert featuring Ms Sturgeon with the message 'Her eyes are off the ball... again'.

It will also have "Indyref2" plastered opposite a list of policy failings including jobs, drugs deaths, schools, economy, broadband, and mental health.

Mr Ross said: “Nicola Sturgeon took her eye off the ball on drug deaths and there’s no doubt that her failings have cost thousands of lives. 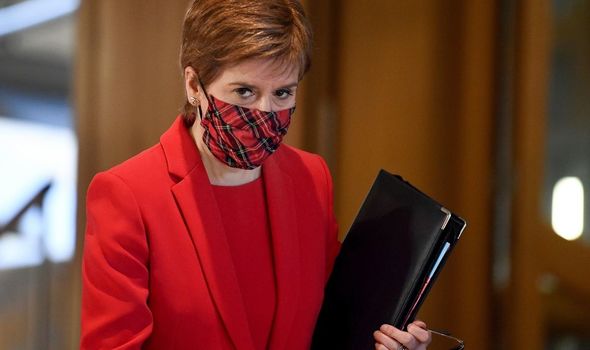 “The SNP Government are permanently distracted and the damage has been catastrophic.

“She should be ashamed of how badly her obsession with independence has let down communities all over Scotland.

“Her legacy is set – Nicola Sturgeon is the First Minister who forgot about Scotland’s most vulnerable, all because she was too busy dividing the country by pushing for another referendum.

“After 14 years, the catalogue of broken promises and missed targets is inexcusable.” 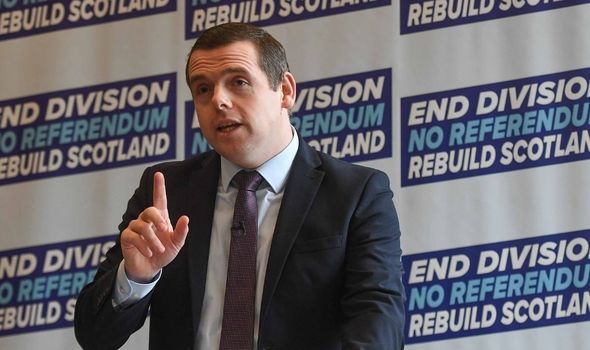 FAVOR Scotland has recently sought senior legal counsel to bring cases to court when people are denied access to rehabilitation or drug treatment.

Ms Ward said: “Drug death numbers undoubtedly will rise. This is yet another heartbreaking year for the recovery and treatment community. We are told funding is coming but it is not reaching the frontline.

“A postcode lottery has developed and unbelievably, it is people in the hardest hit areas, particularly in Glasgow, who are still being denied access to treatment.”

She and Mr Ross signed a “Right to Rehab” pledge and he promised to introduce a three-part policy in the first week of the new Scottish Parliament.

In addition to a legal guarantee to treatment, it would create an autonomous national funding pot to bypass local Alcohol and Drug Partnerships and produce national standards and referrals guidance. 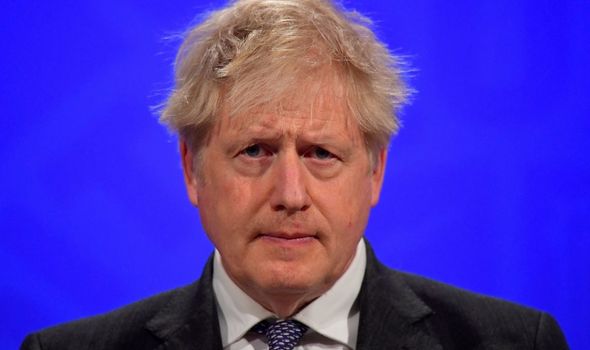 Boris Johnson has ruled out another independence vote (Image: getty)

But Mr Ross insisted: “Tackling drug deaths has not been a priority and that has to change now. Too many lives have already been lost.”

Ms Constance said: “Our central goal is to support more people into treatment that is right for them on an ask once, get help fast basis. We remain fully committed to introducing medically safe consumption facilities and other evidence-led interventions to reduce harm and promote recovery.

“The Tories have not identified funding or outlined an overall plan for change on how we tackle this public health emergency.”

She added the extra £250 million over the next parliament “includes £100 million to ensure that there are enough residential rehab places for everyone who wants one”.