Shops slash prices to record lows with 75% off sales at Matalan, Next and M&S as the high street battles to survive

SHOPPERS have seen the price of goods at high street retailers fall to record lows over the past month with 75 per cent off sales at Matalan, Next and M&S.

The high street has been forced to close due to the coronavirus lockdown, which has pushed many into offering huge online sales in a bid to keep cash flowing through the doors.

New data from the British Retail Consortium (BRC)-Nielsen shop price index for May reveals that overall prices slid by 2.4 per cent, following a 1.7 per cent decline in April.

But non-food retailers, such as clothing stores, saw prices slide by an even larger 4.6 per cent in May - the sharpest decline since December 2006 - compared to a decline of 3.7 per cent in April.

Helen Dickinson, chief executive of the BRC, said: "Shop prices in May fell at their fastest rate since 2006, which was largely driven by the drop in non-food prices.

Food prices rose by 1.5 per cent compared to 1.8 per cent in April.

Fresh food prices also moved marginally higher, with inflation slowing to 0.5 per cent from 1 per cent in the previous month.

"We expect to see continued upward pressure on food prices from the effects of the pandemic in the coming months, while non-food prices are likely to remain deflationary with subdued sales." 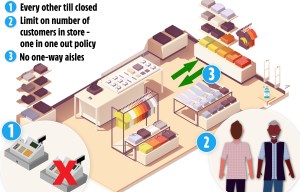 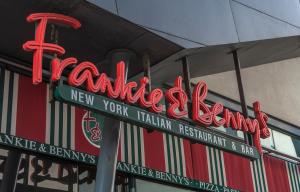 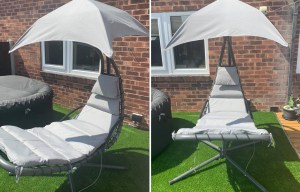 B&M is selling its sun loungers with personal umbrellas again 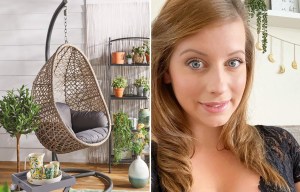 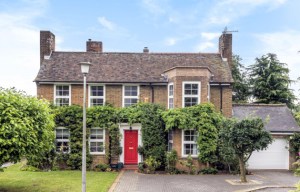 Ex-RAF officer’s house for sale for £475,000 has a hidden surprise in the garden 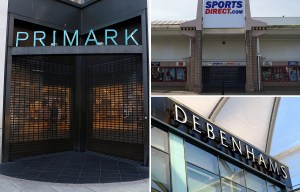 Dates for when shops reopen including Sports Direct, Primark and Debenhams

Mike Watkins, head of retailer and business insight at Nielsen, said: "With the retail industry coping with store closures and social distancing limitations, it's no surprise to see shop price inflation slowing in recent weeks.

"Across the major supermarkets with sales growths in high single digits in May, the consumer spend on promotions has also been at an all-time low, but there has been little upwards pressure on prices.

"However, as we move towards summer with the importance of seasonal foods and with the supply chain still disrupted, we can anticipate some volatility in prices."

Bayer sports Director Feller on Havertz: We agreed that if possible, he could leave this summer
Roma midfielder under has agreed a 5-year contract with Napoli for 3.5 million euros a year
Baros will end his career at the end of the season
Pogba and Brunu were injured when they collided in training. The Bournemouth game is in question (Daily Mail)
Ex-President of Barca Gaspar: Messi has a few more years to be the best player in the world
Morata scored a double for Atletico for the first time since March last year
Rummenigge on Tiago: there have been no Contacts with Liverpool, but he wants something new
Source https://www.thesun.co.uk/money/11771149/shops-slash-prices-record-lows-sales-matalan-next/

Caprice, 48, picks up a bargain at a London Poundland in a hot pink Gucci jumper