THIS is the shocking moment a George Floyd protester in Michigan appeared to be blasted in the face with tear gas after being maced.

The alleged attack occurred in Grand Rapids on Saturday, prompting social media outrage and a police investigation after it was posted online.

On Tuesday, Grand Rapids Police Sergeant Dan Adams confirmed they were investigating it after cops were videoed firing tear gas and mace at a Black Lives Matter demonstrator.

ABC 13 reported the protests against police began peacefully but descended into violence.

One witness James Curley told Fox 17 the video was taken by his friend Dakota Spoelman.

"Some people were lighting fireworks, that were going straight up, because we have a point to make," Curley told the publication. "Black Lives Matter. Police brutality needs to stop."

"[The man in the video] walked up to police to express his freedom of speech. The cop stepped up to him and pepper-sprayed him. Completely no threat after that. Don’t know what’s going on.

"They shot him, it looks like they shot him from the chest to the head wit some type of flash grenade."

A police brutality lawyer Ven Johnson also weighed in on the footage, saying the incident was "despicable."

"This young man is clearly walking towards the officers," Johnson said. "Let's even give them the benefit of the doubt.

"But he’s walking toward the officer in a relatively non-threatening manner … clearly has nothing in hands except maybe a cigarette."

"It looks like he got shot with a projectile. Whether it hit him or not I don’t know," he added. "That is horrible, tragic. We want to know why things are escalating.

"This is a perfect example of where the police could have stayed back, stayed in line, said nothing, which they’re trained to do."

That night, a group rioted in the Downtown area of Grand Rapids, setting cars on fire, smashing windows and looting until the early hours of Sunday morning, reported Click On Detroit.

Local cops reportedly arrested seven during the riots, roughly 100 businesses were damaged in the chaos, seven cop cars were set on fire along with three buildings.

The shocking video is just the latest incident as similar demonstrations around the US ended in violent clashes between protesters and police this week.

The unrest comes after viral footage showed Minneapolis police officer Derek Chauvin kneeling on Floyd's neck during an arrest as Floyd tells him: "I can't breathe."

While peaceful protests spread beyond Minnesota to New York, California, and even other countries amid the coronavirus pandemic, looting and the destruction of local businesses also ensued. 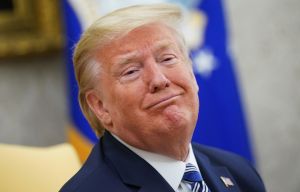 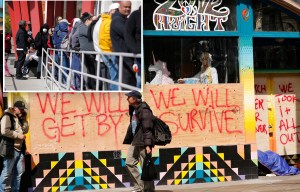 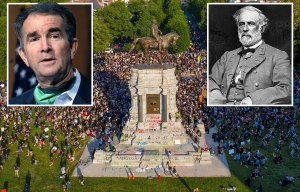 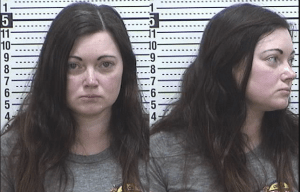 "I also called on our Legislature to act on Senator Irwin’s bill, SB 945. Under this bill, incoming law enforcement officers would be required by law to go through training on implicit bias, de-escalation techniques, and mental health screenings."

She concluded by saying "until Black mothers share the same set of concerns as White mothers when their kids leave their homes, we have work to do."

Ole Gunnar sulscher: Greenwood is much better than I was when I was 18-19
Talalaev lit up the Wings in Khimki: the players called the coach Klopp, and themselves-Liverpool from the FNL
Rummenigge on buying out Perisic from Inter: Bayern haven't decided yet
Director of Tambov that Melkadze will not play with Spartak: we do not have a free 3-5 million rubles
Juventus wanted to swap Ramsey for Ntombela. Tottenham refused
Klopp on players who have played less than 5 matches: They will receive a gold medal. If you are not from the Premier League, something from me
Messi may move to Manchester City (Fox Sports)
Source https://www.thesun.co.uk/news/11779022/george-floyd-protester-hit-tear-gas-canister-michigan/

UK pub chain Greene King REFUSES to reopen any of its 1,700 boozers today over safety fears

Coronavirus news live: UK death toll passes 44,000, gyms should be able to reopen ‘in a couple of weeks’, and pubs, restaurants and hairdressers back in action on ‘Super Saturday’

'Get me back to Caracas': desperate Venezuelans leave lockdown Bogotá

Back to business – how hospitality workers really feel about ‘Super Saturday’

Austrian Grand Prix: TV channel and how to watch F1 this weekend

Brit soldier who raised £140,000 to help pay for life-changing treatment for Bosnian boy celebrates him turning 21

What time are pubs opening and closing this weekend?

The pubs that stepped up to help their community during lockdown

Can you help play Cupid and find mystery man on Tynemouth Longsands?

Inside Marilyn Monroe's intoxicating and bizarre marriage to Arthur Miller

Funding for scheme to help soldiers with addiction

13 predators every parent in Merseyside needs to know about

Liverpool hotel lays out major changes ahead of reopening

In the footsteps of the Brontes: a new book of walks is published

'You have failed!' Sadiq Khan squirms after his record as Mayor is savaged in on-air row

England reopens: Pubs, restaurants and hairdressers back in action on Super Saturday

Covid-19: How have our political leaders performed in a crisis?|Laura McAllister

Inside Magaluf's outrageous 'naughty naked' boat party where 'everybody pulls'

Deeney opens up on 'uncomfortable' Watford discussions ahead of Chelsea clash

Super Saturday: Thirsty Brits to sink breakfast pints as pubs allowed to reopen from 6AM

Super Saturday: Thirsty Brits hit the pubs to sink breakfast pints as pubs reopen from 6AM after three-month lockdown