Mel Hunter will take on readers’ consumer issues, Amanda Cable will give you the best advice for buying your dream home, Maddy Tooke rounds up the best coupons to save you money and Judge Rinder will tackle your legal woes.

WE are no longer a nation of homeowners with official figures showing the number of people who own their pad plunging from 73 per cent of households in 2007 to just 60 per cent today.

If you’re young, it’s even tougher – just 38 per cent of under-35s are owners and more than a third of people that age do not expect to ever own a home.

So while political parties from all sides are trying to woo “Generation Rent”, what does it take to turn a rented house into a home?

Whether you’re waiting to save your deposit or are happy to rent long-term, here are the top tips from room rental platform Badi.com.

REMOVABLE WALLPAPER: Most landlords won’t allow you to repaint, but removable wallpaper is a nifty new way to add your own touch. Rolls start from £12.99 on Amazon.

PLANTS: Cacti and snake plants require minimal attention but, if you can’t commit to regular watering, try a faux plant from Matalan.

LIGHTING: From twinkly fairy lights to soft lamps, the right lights will transform your living space. Browse Instagram for a look you like and copy at a fraction on the High Street.

WALL HANGINGS: These are back in fashion for 2020. La Redoute and Etsy are a good sources for affordable options.

PICTURES: Some landlords will allow you to hang pictures if you repair the walls when you leave. If not, try a poster or wall art with Glu Dots wall stickers.

UPGRADE FURNITURE: Adding a couple of brightly coloured cushions or throws will disguise the landlord’s old furniture and add your own personality. Browse Home Bargains and Wilko.

Buy of the week

BIRIMINGHAM’S Ladywood constituency has been revealed as the area with the highest growth in house prices since the last election.

This stunning one-bed apartment gets my vote.

DO YOU know where your stop tap is?

Insurance figures show burst pipes cause an average of £8,800 damage, so WaterSafe, the UK register of approved plumbers, is urging homeowners to find and label their internal stop tap ahead of the winter freeze.

The most common places are under the kitchen sink, under the stairs or in a downstairs loo.

Deal of the week

NO need to break the bank to buy this breakfast bar.

The whole solid pine set, including chairs, is just £99.99 at studio.co.uk.
SAVE: £50 on similar items elsewhere

Q) I WORK for a pizza company and all the staff have been told that we cannot take holidays from now to December as it is a busy time.

We work on a zero-hours contract basis and accumulate holidays as we work.

The problem is there is also a rule where we have to use up all our holiday by the end of December as it can’t be carried over to next year.

I am owed at least a week of holiday but if they won’t let me take the time off I am afraid I will lose it. What can I do? Paul, London

A) I am not a fan of zero-hours contracts – I think they’re utterly rotten.

However, in this case it appears you are in a good position either to insist that your employer grants you the holiday time you are owed prior to December or adds it on (without any penalty to you) in the new year.

Although this company do not guarantee your hours of work, they have made a clear legal promise about giving you paid leave.

They are not legally entitled to break that promise or to make it impossible for you take the holiday time you’re entitled to.

Write to your line manager and CC in the head of HR (in a reasonable tone) making clear that their refusal to permit holiday time before December is in breach of contract and unlawful.

You might be prepared for them to add this time on to your permitted leave after January but that’s entirely up to you.

Q) MY partner signed up as a guarantor on my daughter’s rent.

She has since stopped paying her housing benefit to her landlord and they are chasing my partner instead.

We can’t afford to cover her housing costs as well as our own.

She has more than two years left on the private tenancy – what can we do? Lisa, Stoke

A) I’m sorry to say that the law is not going to be much help to your partner in this situation.

As soon as your partner agreed to be a guarantor for your daughter, they were legally responsible for the entire rental contract if your daughter failed to pay up.

Because your daughter appears to be in over two months of arrears this landlord can and should apply for your daughter’s housing benefit to paid directly to him (as opposed to your daughter).

As your partner is only a guarantor (and not the tenant) there is little that your partner can do to force this but putting pressure on the council and the landlord will probably help.

I would urge your partner to write a very strongly worded letter to both and have your daughter sign it.

In the meantime, it is wise to maintain a decent relationship with the landlord and, if necessary, make clear that you will be unable to cover the rent.

Q) I RECEIVED a fixed penalty notice to which I had to reply within 28 days. I accepted and paid my money to the courts, well within the 28 days.

I received my licence back with my original letter of fixed penalty stating this matter had been processed.

Then I received a summons asking me to attend court for not replying to their first fixed penalty advice.

On checking my bank account I discovered the £100 fixed penalty sum had been returned to my account.

This seems to be an admin error but I am being summoned – what should I do? Jacqui, Kent

A) It appears to me that once you accepted the penalty that ought to have been sufficient for the court to stop any further proceedings, whether the cheque was received by the court or not.

If the cheque was returned, you should have been notified. You need to get in touch with the magistrates court that issued the summons ASAP.

They should be able to help.

Q) WHEN our washing machine broke I ordered a new one online, using credit with Very.co.uk.

I checked all the specifications and made sure the depth of the machine was no bigger than 54cm, as the cupboard that houses it was made around our old one.

A week later the machine arrived and was connected, but it didn’t fit. When I got my tape measure out, the depth was actually 59cm, including the door, so I couldn’t close the cupboard.

I disconnected it and called Very, and it was booked in for collection.

Two weeks later I was told that that had been cancelled because the unit had been installed and connected.

I pointed out to Very that it had only been connected for a minute and that I wouldn’t have ordered it at all if the size specifications were correct.

It has been passed to the escalation team and logged as a complaint, but I don’t know what I’ll do if it refuses to refund me.

With three children, I’ve had to go elsewhere to buy a new one, and certainly can’t afford two new washing machines. Sam, Dartford

A) I got in touch with Very.co.uk and initially it insisted that the measurements on its website were correct and that its policy is to not accept the return of items that have been installed. 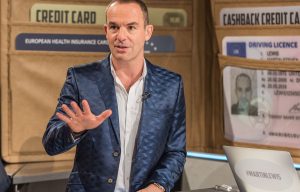 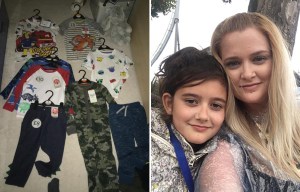 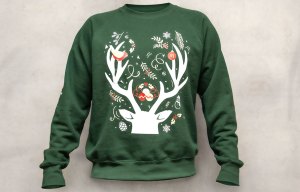 McDonald’s is giving away 2,000 Christmas jumpers for free 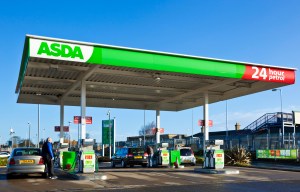 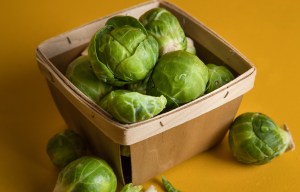 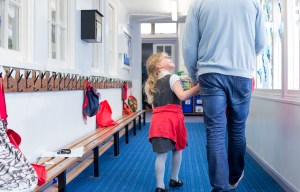 Millions of families missing out on £2,000 tax-free childcare - how to claim

It did though say that if you provided proof that was not the case, they would provide a full refund and an apology.

You duly got your tape measure out, and Very eventually relented, picking up the machine and promising to refund you and give you £75 as a goodwill gesture for all the inconvenience.

A spokesperson for Shop Direct, which operates Very.co.uk, said: “We will review the description of this item on our website, working with the supplier.”

Q) WHEN my new settee was delivered, there was a black scuff mark on the right-hand corner of the arm.

My wife tried to reject it, but she was persuaded by the delivery men to keep it as otherwise we’d have nothing to sit on.

Less than a week later she noticed puckering and pleating on the seating.

I called ScS who sent a fitter out. He looked at the scuff mark, put some paint over it and dried it with a drier.

He puffed up the filling in the seating, which took half an hour, but then said there wasn’t enough padding.

We asked for our money back, but are still waiting, nearly two months on.

My daughter has exactly the same settee – and two children – but she hasn’t had any problem with hers at all Andy, Swansea

A) You reported the faults within the first month of ownership and as such, under the Consumer Rights Act, should have been entitled to a refund without quibble.

I contacted ScS for you, which acted quickly. A spokesperson said: “A full refund will be provided.”

My top five freebies this week

Diamond in the center of the field: approximate line-up for the match with Valladolid
Stefano Pioli: Milan doesn't want to be seventh in the table. We are trying to change the situation
Solskjaer: Manchester United is always about winning. Fearless play from a position of strength is the DNA of our club
Setien has a great relationship with Abidal. They discussed the next season
Blanc about Rabiot: Juventus must be patient because they have a huge talent in their hands
Union wants to test 22 thousand spectators for coronavirus before a match, so that the club's games will be sold out
Nani: Cristiano could never accept defeat. After living with him, I also became allergic to them
Source https://www.thesun.co.uk/money/10405257/seven-easy-ways-to-turn-your-rental-property-into-a-home-to-be-proud-of/