Wheeler, 27, was arrested Saturday on suspicion of felony domestic assault after his girlfriend called cops and said she was being “killed,” according to a police report obtained by The Seattle Times.

The 6ft 7in and 310lb offensive lineman allegedly choked his girlfriend until she passed out - and was surprised when she came back to her senses, the report states.

“Wow you’re alive?” Wheeler reportedly asked her at an apartment in Kent, Washington.

Text messages allegedly sent by Wheeler’s girlfriend claimed he was “cold” and that “he thought I was dead on my bed and continued to eat dinner.”

“When I ran into the bathroom, he said, ‘Wow, you’re still alive’ while sipping on a smoothie,” the text message continues.

Shocking images allegedly of the girlfriend circulated online showing her with a bloody nose at a hospital.

On Wednesday afternoon, Wheeler wrote three tweets apologizing to his girlfriend and announcing he was stepping away from the NFL.

“Events happened over the weekend that transpired from a manic episode,” Wheeler tweeted.

“I am deeply sorry for the pain and suffering that I have caused to Alleah and her family.”

Wheeler said: “I apologize profusely for the turmoil” he caused to his family, teammates, fans and those closest to him.

“The most important thing right now is that Alleah gets the care she needs and I get help,” the backup offensive tackle tweeted, adding, “Both are happening.”

In his final tweet, Wheeler said, “It is time for me to walk away from football and get the help I need to never again pose a threat to another.

“I cannot express my sorrow or remorse enough. I am truly ashamed,” he concluded.

The incident started when Wheeler asked his girlfriend, whose full name has not been released, to bow to him, according to the police report.

When she did not comply, Wheeler allegedly grabbed her, threw her on a bed and strangled her, the report states.

After regaining consciousness, Wheeler’s girlfriend apparently ran into the bathroom and called 911, saying she had been in a “physical fight” with her boyfriend, and also contacted family members.

She told the 911 dispatcher that she was bleeding and had a dislocated arm.

Wheeler broke through the bathroom lock and entered before cops arrived.

Officers at the scene heard the woman screaming and forced their way into the bathroom, where they found Wheeler standing by her.

The girlfriend was taken to Valley Medical Center for her arm pain.

According to the police report, Wheeler did not cooperate initially, until he was arrested.

He appeared in King County District Court on Monday and his bail amount was set at $400,000.

In a statement on Monday night, the Seahawks said, "We are aware of the situation and still gathering information."

On Wednesday afternoon, shortly before Wheeler tweeted, Seahawks public relations posted a statement revealing he was no longer a part of the organization.

“The Seahawks are saddened by the details emerging against Chad Wheeler and strongly condemn this act of domestic violence. Our thoughts and support are with the victim,” the statement read.

“Chad is a free agent and no longer with the team.” 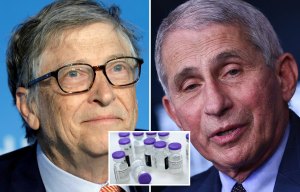 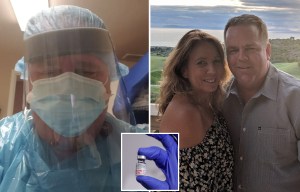 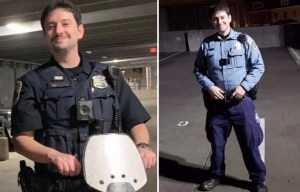 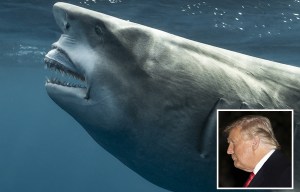 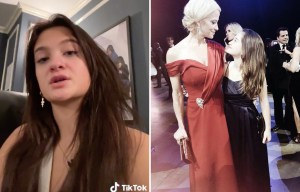 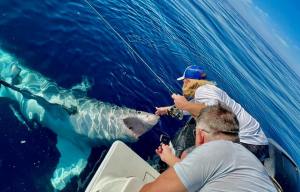 The Seahawks also stated they “encourage Chad to get the help he needs” and provided numbers for the National Domestic Violence Hotline and the National Suicide Prevention Lifeline.

The Seahawks signed Wheeler in 2019 and he played five games last season, and is currently a restricted a free agent.

Co-op forced to pay £18,000 after failing to challenge Aldi decision