A top prison boss will face a disciplinary probe after this damning photograph showed him enjoying a lockdown-busting cup final party as he watched St Johnstone win the Betfred Cup.

Forbes McKillop, deputy governor at tough Glenochil Prison, ignored social distancing rules despite the Scottish Prison Service estate being ravaged by Covid and hundreds of staff hours being lost to self isolating.

McKillop and friend Brian Wallace, a first line manager at Cornton Vale prison in Stirling, face an investigation by the SPS after admitting the lockdown breach.

McKillop has been driving home the importance of SPS officers working on his command sticking to the rules – and the UK laws – on Covid.

But the St Johnstone fan joined Wallace at his home in Perth, with at least two others, to watch the match on TV, with no social distancing.

McKillop, from Perth, is due to transfer from Glenochil to HMP Perth to take up a similar role as deputy governor. 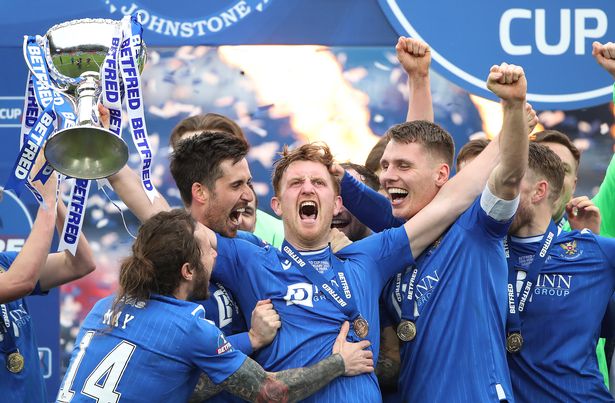 St Johnstone fans were in rapture after Betfred Cup win

He is pictured inches from friends as he poses for a photo on Sunday night, shortly after watching St Johnstone defeat Livingston 1-0 in the Betfred Cup Final at Hampden.

Photos of the soiree, which involved at least three households, enraged prison workers after they were shared via Messenger and other social media.

It is thought the photo was accidentally posted to a public site after one of the people present thought they were merely sending it to a friend.

One source told the Record: “You couldn’t make it up that they would do this and then allow photos to be posted online.

“This is a classic case of somebody preaching one set of rules to people under him and living by another.”

Another source who contacted the Record echoed the point, saying: “If this was ordinary staff in the photo it would be the guy in the black serving out disciplinary codes.

“SPS is very strict about this due to the amount of absences and vulnerabilities within the prison estate.

“The photo shows three separate households, at least, from two separate jails gathering to watch the League Cup Final, with no social distancing. There’s barely inches between a couple of them.

“This comes despite management always banging on about social distancing and threatening staff with disciplinaries if they breach Covid guidelines.

“Presumably they would have their wee Cup Final party then swan into work the next day and that would be the end of it.”

Current Covid rules state: "You can go into another person’s house only for certain reasons, such as for essential work, to join your extended household or to provide care and support for a vulnerable person.

“This can include providing emotional support for someone whose wellbeing is at risk, including for those who are isolated because of disability or a caring situation.” 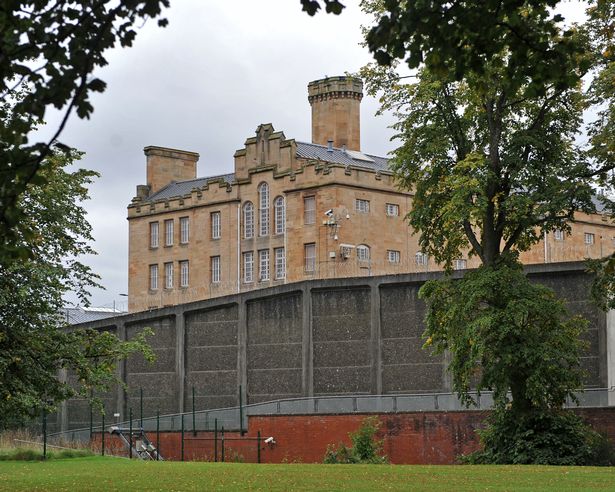 It was revealed recently that almost 1,300 prisoners have been forced to self-isolate after nearly 350 tested positive in prison outbreaks.

Mass testing was brought in at Addiewell, Dumfries and Kilmarnock prisons and it is believed cases were also rising among staff.

In November, more than 65 staff at Barlinnie prison in Glasgow - about 20 per cent of the workforce - tested positive after checks were done.

Some had no symptoms but up to 130 were immediately put on sick leave or self-isolating due to close contact with those who showed symptoms or tested positive.

The huge numbers sparked fears of the staff helping perpetuate the cycle of the virus by taking it back to their home communities.

A Scottish Prison Service spokesman refused to comment on the Perth incident, saying: “We will investigate the circumstances that have been reported to us.”