Addressing the European Parliament, the Polish leader defended his country's Constitutional Tribunal's decision that parts of EU law are incompatible with the country's constitution. "We have 27 member states in Europe, member states remain sovereign and masters of the Treaties", Mr Morawiecki said. But responding to his speech, Belgian MEP Guy Verhofstadt pointed out that the Polish top court's ruling touched on the very same issues hard Brexiteers fought for when campaigning for Brexit.

"Article 1 and Article 19 of the Treaty are null and avoid in Poland.

"They are in contradiction with the Polish constitution. That's the decision of the Constitutional court in Poland. 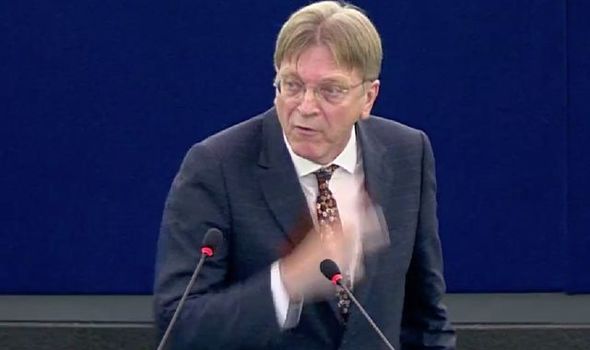 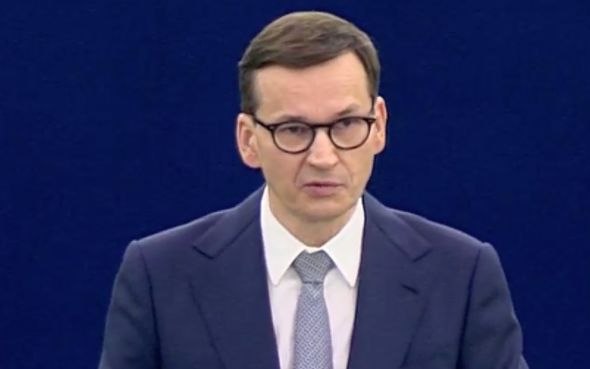 "That the peace government has accepted at the moment of the Lisbon Treaty.

"And these Article 1 and Article 19, do you know what they are?

"Article 1 is an ever closer union and Article 19 is the central role of the European Court of Justice.

"By the way, it is exactly for the same reasons that the hard Brexiteers went out of the European Union - for these two articles."

He continued: "The sinister game that you are playing is very clear.

"The sinister game is that you are putting a politicised constitutional court inside Poland.

"And that politicised constitutional court is criticised by whom? By the European Court of Justice.

"So the way to eliminate the decisions of the European Court of Justice is to take with the politicised constitutional court of Poland the decision that the ECJ has no longer a right of decision in Poland.

"That is what you have done!"

The Polish chief also took the opportunity to remind EU chiefs that "the EU is not a state", adding: "We have 27 member states in Europe, member states remain sovereign and masters of the Treaties."

Speaking ahead of the Polish leader, Mrs von der Leyen said that Poland's tribunal ruling was a "direct challenge to the unity of the European legal order".

She added: "Without independent courts, people are less protected. Their rights are at stake.

"Polish people must be able to rely on fair & equal treatment in the judicial system.

"In our Union we all enjoy the same rights.

"We cannot and we will not allow our common value to be put at risk."