On Saturday, June 26 at around 11am, five men wearing balaclavas were spotted on CCTV throwing items over the prison walls, before escaping on foot. A month later, on Saturday 31 July, a group of four men wearing masks tried approaching the perimeter of the prison, but upon seeing police patrols made off on foot, with one man leaving an orange bike behind. Drugs, weapons and mobile phones are frequently thrown over the walls of prisons in the UK.

And, the police are now launching an operation called Operation Dragonfire, which will aim to stop the illegal “throw overs”.

Officers will team up with HM Prison Service’s North West Research team to guard the Salford prison against the illegal attempts to throw items over the walls.

GMP are keen to trace those who were involved in the recent attempts and are asking for the public’s help to identify the suspects and stop any future incidents.

Detective Detective Chief Inspector Claire McGuire, of GMP's Organised Crime Coordination Unit, said: "This weekend was a great success, in that we had zero items thrown over the prison walls. 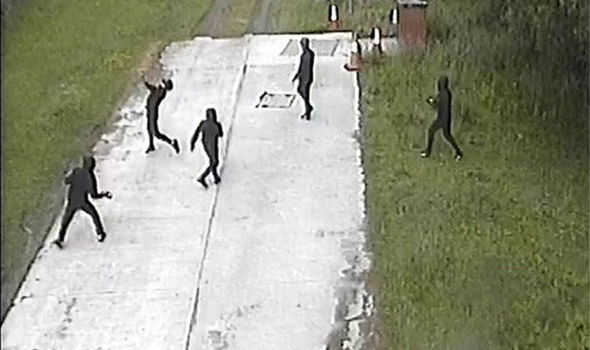 Police are trying to hunt down five men who were throwing weapons and drugs over the prison wall. (Image: Greater Manchester Police) 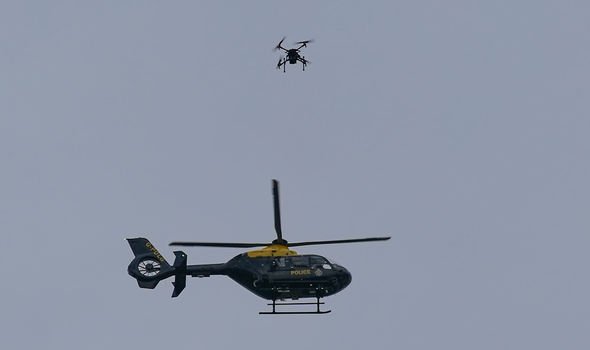 Police are now asking for the public's help to identify the suspects. (Image: Getty)

"These parcels that are thrown over are a real risk to the safety of prison staff, and to prisoners.”

She added: "Drugs such as spice are often an unknown entity, and can put prisoners' health at risk whilst making them difficult to manage.

“Drugs as a whole can leave prisoners with large debts for which they then become exploited by other prisoners.

"Weapons can be used on other prisoners, and even staff, and mobile phones are also used to facilitate organised crime, intimidate witnesses and compromise the good order of the prisons.” 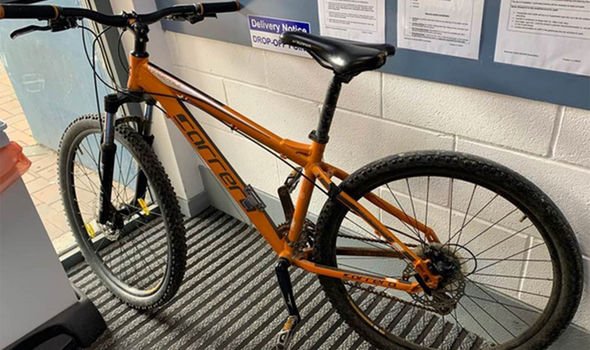 This is the orange bike that was left behind by one of the suspects. (Image: Greater Manchester Police)

She continued: "It is important that the police stand shoulder to shoulder with colleagues in the Prison Service and staff at Manchester prisons, to show that these actions will not be tolerated.

"We are actively investigating this kind of prison-related organised crime, and will bring the offenders to justice."

Anyone who has seen anything or anyone acting suspiciously around the area on the weekends of June 26 and July 31 is being urged to get in touch with the police.

Ms McGuire said: ”If you, or anyone you know has any information relating to this activity, or if anyone recognises the bike left behind on Saturday (31 July) you can get in touch with us via LiveChat on our website www.gmp.police.uk, by calling 101, or contact the independent charity Crimestoppers on 0800 555 111. 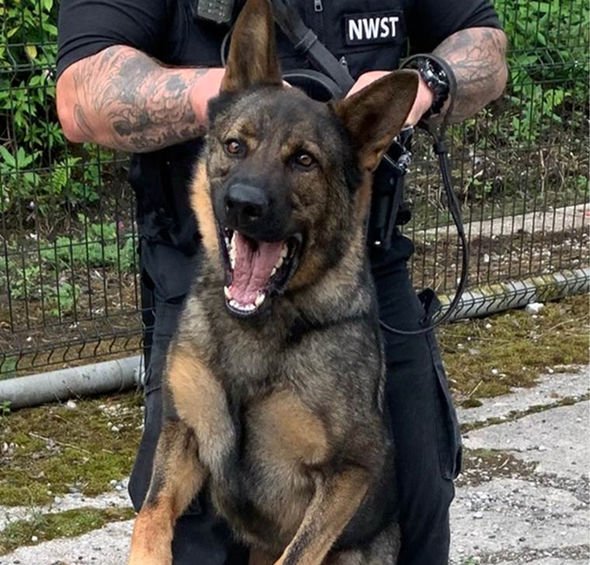 One of the patrol dogs used by officers. (Image: Greater Manchester Police) 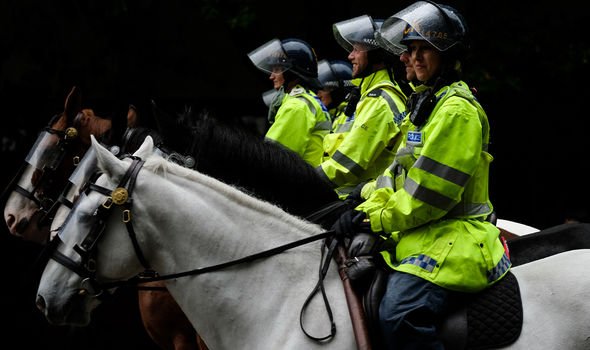 “Any piece of information, no matter how small could make a big difference."