Sailor, 62, who held onto bow of capsized boat for TWO DAYS feared ‘this is it’ before being rescued

A SAILOR who was missing at sea for nearly two days after his boat capsized on the Atlantic Ocean has described the harrowing experience for the first time since his rescue.

Stuart Bee told the coastguard he "thought "this is it"" after his boat has capsized off the coast of Port Canaveral, Florida on Friday, leaving him stranded at sea.

The 62-year-old's boat has been experiencing mechanical issues before it sank, but the sailor had been asleep when "water gushed in the back and forced him up to the front."

"I had been working on the engines, squealing noises and several parts on it," he told the Daily Mail.

"I didn't see anybody. I thought "this is it". And then I saw a container vessel in the distance and I don't have my glasses. I couldn't see if it was coming to me or not."

Bee was rescued by the crew of a 225-foot container ship called the Angeles on Sunday after they spotted him clinging to his boat 86 miles from shore, according to US Coast Guard officials.

Dramatic photos showed Bee clutching onto the hull of his 32-foot boat before he managed to swim and climb aboard the ship.

He's now making his way back to shore with the crew that rescued him.

Bee described how he took off his shirt and waved at the massive vessel before he was rescued at 11am on Sunday - hours after he set sail at 4pm on Friday afternoon.

He said he tried to reach equipment to raise a distress signal on his boat, but it sank with the ship, adding: "Three times I tried to hold my breath and swim down and get it but I couldn't reach it."

Bee said he was hesitant to keep moving because he was worried about losing an air pocket in the cabin that kept his vessel afloat.

He revealed his family became concerned when he didn't come back from his trip.

Bee said he rarely stays on the water overnight, which prompted the Coast Guard to send patrols and even a Hercules C-130 airplane to search for him.

Lacruiser P. Relativo, a mariner aboard the Angeles, said he felt a "sense of urgency" to rescue Bee, who he said "made a sign of the cross" when the shipmen rescued him. 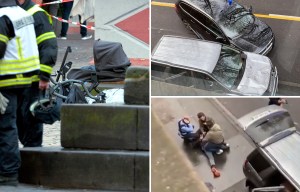 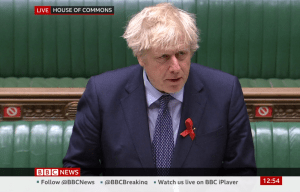 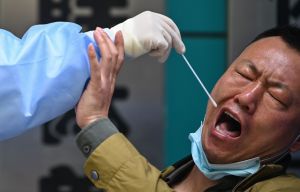 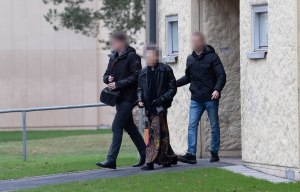 The mariner said he even offered the stranded seaman his "lucky shirt" in hopes that Bee would feel more comfortable.

"I choose to offer him my 'lucky shirt'. I could give him a new one but this 1 is my favorite. I wish him the same comfort this shirt has given me during those tiring job interviews," Relativo said in a Facebook post.

"Just like him, I was lucky to get the job. He was lucky too that our course crossed near Atlantic."

Conte on 2-1 with Milan: Before the winning goal, the result was unfair. Their goalkeeper is the best player of the match
Mikel Arteta: Arsenal did everything right, but they lost. Wins give confidence
Nicolo Barella: We proved that we are stronger than Milan
Go do your voodoo shit, you little ass. Ibrahimovic-Lukaku during the Cup match
Pioli on the defeat by Inter: The only difference was the relegation. There could be any result in equal teams
UEFA has no plans to abandon the Euro in 12 cities. Other options are undesirable
Eriksen scored for Inter for the first time in almost six months - Milan in the Cup in the 97th minute from a free kick
Source https://www.thesun.co.uk/news/13351250/stuart-bee-sailor-fears-boat-rescue-florida/