A RUSSIAN businessman who has been accused of abandoning a shipload of explosives that blew up part of Beirut has been questioned in Cyprus.

Igor Grechushkin is reported to have been spoken to by authorities in in Limassol this afternoon on behalf of the Lebanese authorities.

Cypriot authorities asked Grechushkin a "list of questions" as he comes under scrutiny over his alleged involvement in the explosion, reports Mail Online.

Police spokesman Christos Andreou said that as the explosives had been seized by Lebanese authorities, they were ultimately responsible for its storage.

He added that Grechushkin is not suspected of any wrongdoing over the blast that killed 145 people and injured 5,000.

Mr Andreou said: "There was no need to call him in because he is not facing any charges, nor is it likely that he will."

"The request came in late Thursday and we acted on it immediately.

"It was a list of questions that authorities in Beirut wanted Grechushkin to answer."

The police chief said the questions were about "clarifications and explanations concerning the vessel and its cargo".

The killer cargo of 2,750 tons of ammonium nitrate was confiscated in 2014 from the Moldovan-flagged ship Rhosus while en route from Batumi in the ex-Soviet republic of Georgia to Mozambique

Lebanese authorities reportedly deemed the ship not seaworthy and impounded the 40-year-old vessel and its crew of ten sailors.

The crew protested that Grechushkin claimed he had gone bankrupt and had "abandoned the ship" - going on hunger strike before finally being allowed to go ashore.

Grechushkin was said to have paid a “huge penalty” for transporting the cargo which led to him going bust - later moving to Cyprus with his wife Irina.

He lives there with his wife and youngest son Miron in Limassol, a city with an estimated 50,000 expats from Russia.

Neither the businessman nor his family have yet commented on the explosion, which had one fifth the power of a nuclear bomb.

The Russian captain of the ship Boris Prokoshev, now 70, warned at the time of the deadly nature of the cargo.

He said: “The vessel’s owner abandoned it and we were abandoned too. We were living on a powder keg for ten months without being paid."

The ammonium nitrate was sold by Georgian fertiliser maker Rustavi Azot LLC, and was to be delivered to a Mozambique explosives maker, Fabrica de Explosivos.

It was however impounded by Lebanese authorities, and sat on the dockside in Warehouse 12 for six years until it blew up on Tuesday.

Anger is mounting as Lebanon's government and customs officials point fingers at each other as to who is the blame for the monstrous explosion.

"Hang up the nooses" trended across Lebanese social media in an indication of the fury that followed the initial shock and grief.

Reportedly the blast was sparked when a reckless welder caused a fire at nearby Warehouse 9 - which then spread to the explosive Warehouse 12.

President Michel Aoun said the government was "determined to investigate and expose what happened as soon as possible, to hold the responsible and the negligent accountable".

Sources close to the investigation blamed the incident on "inaction and negligence", saying "nothing was done" by committees and judges involved in removing the explosives.

The cabinet ordered port officials involved in storing or guarding the material since 2014 to be put under house arrest.

Public Works Minister Michel Najjar told Al Jazeera he had only found out about the presence of the explosive material stashed at the port 11 days before the explosion.

"No minister knows what's in the hangars or containers, and it's not my job to know," he said.

Badri Daher, Director General of Lebanese Customs, told broadcaster LBCI that customs had sent six documents to the judiciary warning that the material posed a danger.

He said: "We requested that it be re-exported but that did not happen. We leave it to the experts and those concerned to determine why."

Another source close to a port employee said a team that inspected the ammonium nitrate six months ago warned that if it was not moved it would "blow up all of Beirut".

Two documents revealed that Lebanese Customs had asked the judiciary in 2016 and 2017 to ask the "concerned maritime agency" to re-export or approve the sale of the ammonium nitrate.

One of the documents cited similar requests in 2014 and 2015 - suggesting repeated warnings about the danger were overlooked by the authorities.

What is ammonium nitrate?

AMMONIUM nitrate is a chemical compound which is predominantly used in agriculture as a fertiliser - but is also highly explosive.

It is a white crystalline solid and is highly soluble in water - with the chemical formula NH₄NO₃.

The chemical is applied in granule form into the soil and quickly dissolves under moisture, allowing nitrogen to be released.

Another use of ammonium nitrate is in the food industry where it is used as a nutrient in producing antibiotics and yeast.

In most countries, it is used to make explosives for mining, quarrying and civil construction because of its low cost and ready availability.

It has been the cause of numerous industrial explosions over the last three decades, including the explosion at a chemical plant in Toulouse, France, in 2001 that killed 31 people.

Ammonium nitrate was also used to create the explosives used in the 2006 Mumbai train bombings.

By itself, ammonium nitrate is not regarded as dangerous but under certain conditions, it can become deadly.

The chemical is classified as an “energetic material” meaning that it produces heat as it decomposes.

If there is a significant amount of ammonium nitrate it can generate enough heat to catch fire and continue to burn eventually causing an explosion.

International aid is being mobilised across the world to help support the victims and search for those potentially still trapped beneath the rubble.

The US, UK, France, Gulf states and even rivals Israel have offered money and assistance, as President Aoun declared three days of mourning and announced he would release £50m of emergency funds.

HMS Enterprise will carry out survey work in the port to establish the extent of the damage. 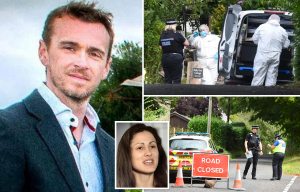 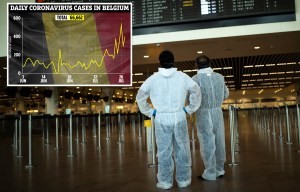 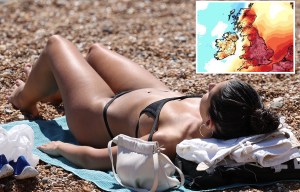 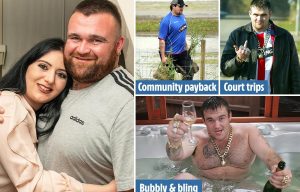 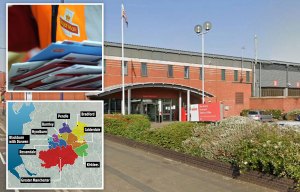 British engineering experts have found the blast was "unquestionably" one of the largest non-nuclear explosions ever to take place.

The team from the University of Sheffield has calculated the strength of the blast based on the videos and photographs of the catastrophe.

There are concerns of food shortages and unrest in the city, with the blast compounding anger stemming from a severe economic crisis and the coronavirus pandemic.

Chelsea loaned Barkley to Aston Villa
Mourinho on the exchange with Lampard: just expressed the opinion of the old coach to a young colleague. Be calm when the team wins
The Premier League was spooked by chaos with a penalty for playing with his hand (6 for 3 rounds). The judges were asked to take into account the context - proximity to the opponent and the position of the hands
Bayern midfielder kuizans will be examined in Leeds today, the transfer amount is 20 million euros
Bayern can sign Lemar from Atletico
Kolasinac will move to Bayer from Arsenal for 11 million euros + bonuses (Fabrizio Romano)
Dyer called the toilet the best player of the match between Tottenham and Chelsea
Source https://www.thesun.co.uk/news/12334972/russian-businessman-beirut-explosion-questioned/