HMS Trent was due to join a Nato mission hunting terrorist and people-traffickers but was forced to make a u-turn on Thursday. The 90-metre warship was dragged back into port by a pair of tugs. A source said: “This is like a brand new Range Rover Sport breaking down on the way home from the showroom.”

The ship was commissioned on August 3, setting sail the same day, following a socially-distanced ceremony in Portsmouth.

She reached Gibraltar six days later however, the problems began on Wednesday when she set sail a second time.

The source told The Sun: “Gibraltar was HMS Trent’s first ever port of call. She was on her way to eastern Med when something went wrong at sea. 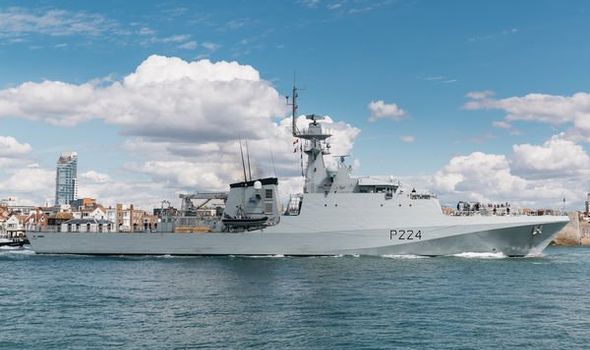 "The captain turned her round. They managed to get back to the Bay of Gibraltar under their own steam but then they called out the tugs to help her into the harbour.

“Patrol vessels are nimble ships and it was a really calm day. She shouldn’t need tugs to berth.”

The ship is the third of five River-class vessels on order for the Royal Navy and was built by BAE Systems in Glasgow.

Today we commissioned @HMSTrent before she deploys this afternoon. Probably the strangest but equally poignant event in these socially distanced times with limited attendance. BZ to the Ship's Company who still made it special. Safe travels. pic.twitter.com/3EALHozKQE

HMS Spey, the last of the five new patrol ships, is nearing the end of its build on the River Clyde.

Lieutenant Commander Ben Evans, HMS Spey’s captain, said: “We will make sure the best has been saved for last.”

The issues with the ship are thought not to be a propulsion problem but instead believed to be engine failure. 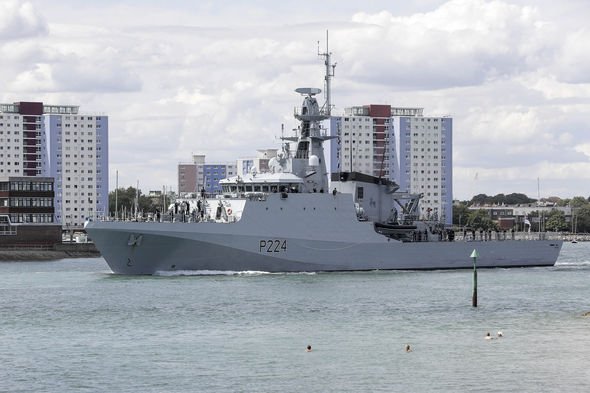 The ship is one of the navy's newest additions. (Image: PA Images)

She was due to head into the Mediterranean to join Operation Sea Guardian. Only two-thirds of the ship’s company are on board at any time while operational.

These vessels are designed to accommodate more people and conduct helicopter operations. They are also faster and more heavily armed than the predecessors.

It has a 40-strong crew and can accommodate up to 50 troops. 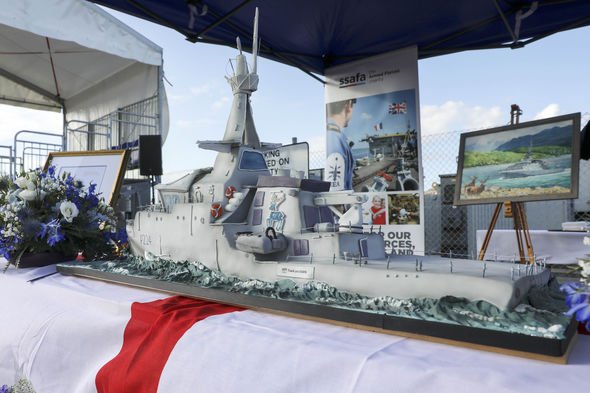 The ship set sail from Portsmouth at the start of the month. (Image: PA Images)

When the ship set sail, the crew were hailed for turning it from a newly constructed vessel to a capable warship “faster than any other in the Royal Navy’s recent memory”.

It’s not the first time a Royal Navy ship has experienced issues just days into service. Last year the Navy’s new aircraft carrier, HMS Queen Elizabeth was forced to return to port because she was leaking.

The Navy’s new £1billion destroyers have also had engine problems, with HMS Dauntless managing just six days at sea in 2016 before needing a major engine refit.

Ferencvaros will play in the Champions League group for the first time since 1995. This is the longest break between the first and second appearances
Jose Mourinho: what happened to Dyer is not normal, he was dehydrated. If the League management doesn't care about the players, I don't
Jose went berserk twice during the match with Chelsea: ran over Lampard and ran to look for Dyer - he rushed to the toilet right during the game
Lampard on relegation from the League Cup: we Need to keep a positive attitude. Everything will come if Chelsea score second, leading the score
Call of nature, what can you do? Dyer explained why he ran to the dressing room during the match with Chelsea
Mourinho and Lampard shook hands before the penalty shootout. In the first half, they had a fight
Dest arrived in Spain to complete a transfer to Barca
Source https://www.express.co.uk/news/uk/1323161/Royal-Navy-news-HMS-Trent-breaks-down-engine-failure-gibraltar?utm_source=feedburner&utm_medium=feed&utm_campaign=Feed%3A+daily-express-news-showbiz+%28Express+%3A%3A+News+%2F+Showbiz+Feed%29