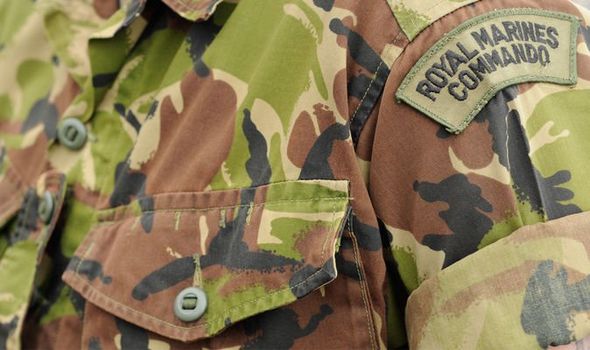 A Royal Marine recruit has died following an incident during a training exercise on a beach (Image: EXPRESS)

The Marine had "gone underwater" during the exercise on Tregantle beach in Cornwall on Tuesday. In a statement, a Royal Navy spokeswoman said: "We can confirm the sad death of the Royal Marine who was injured in an incident earlier this week and we now ask for a period of grace for the family.

"The thoughts and sympathies of the Naval Service go out to the family and friends of the individual.

"The incident is still under investigation, therefore it would be inappropriate to comment further."

The Marine was airlifted to Derriford Hospital in Plymouth on the evening of January 21.

"The caller reported to us that a person had gone underwater.

“We sent land, air and other specialist paramedics to attend the incident.

"They treated a male patient at the scene and he was conveyed by air ambulance to Derriford Hospital for further care."

Former Royal Marines serviceman Saul Cuttell told the BBC the exercise is a "perfectly normal thing to do and it has a lot of validity to what a marine would have to do".

He said the beach assault simulation is "tough" but "one of the things we need to be able to do is replicate war time scenarios and they're not easy scenarios, they're not meant to be."