Queen and Meghan Markle disembark The Royal Train in 2018

She will join Prince William on board the British Royal Train on Sunday for a tour across the country with multiple stop-offs. This weekend’s outing is thought to be Kate’s first ever ride on the iconic train.

Meghan Markle was given the privilege of travelling on the train with the Queen shortly after she tied the knot with Prince Harry in 2018.

But it seems Kate, 38, had to wait a little longer to earn her spot in the nine-carriage train which includes sleeper, dining and lounge compartments.

Kate and William, 38, will visit key workers, outstanding communities and individuals who have helped make a difference during the COVID-19 pandemic.

The Cambridges are set to cover 1,250 miles over three days. 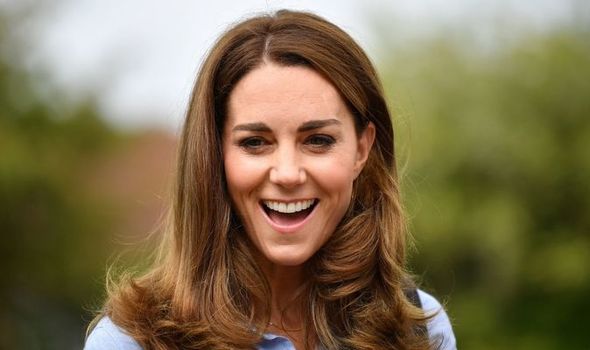 The Duchess of Cambridge will ride on the royal train for the first time this weekend (Image: GETTY)
Sign up for FREE now and never miss the top Royal stories again. 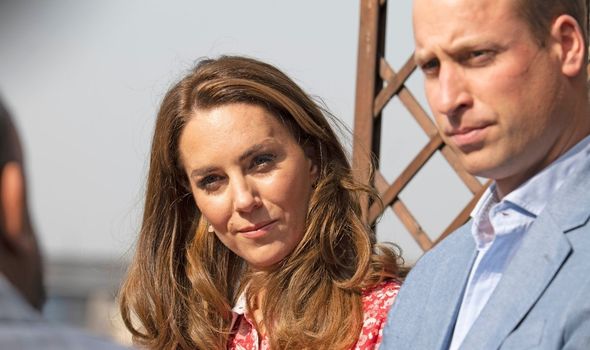 Prince William has travelled on the royal train on multiple occasions (Image: GETTY)

They will meet care home staff, teachers, schoolchildren and volunteers to hear about their efforts to push through during the crisis.

Prince William has travelled on the train on multiple occasions.

The luxurious mode of transport was first used by Queen Consort Adelaide in 1840.

And in 1842 Queen Victoria became the first reigning monarch to ride in the train.

READ MORE: Where did Kate Middleton go to school? 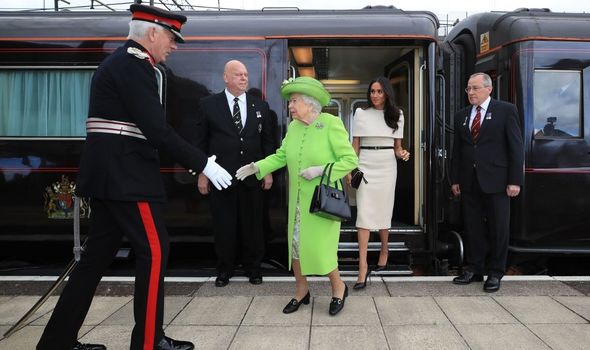 The Queen and Meghan arrive in Runcorn in 2018 (Image: GETTY)

The train is fitted with several small bedrooms and bathrooms.

There is also an office onboard and a dining room which can cater for up to a dozen diners.

Director of royal travel Tim Hewlett previously told the BBC that despite the hype, the décor is not as fancy as the Queen’s homes. 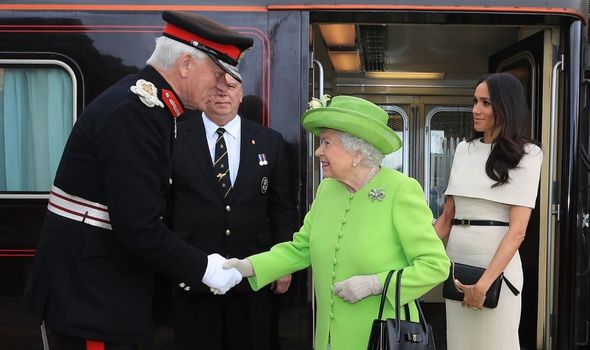 The Queen and Meghan slept on the train the night before (Image: GETTY)

He said: “There is a perception the train is a bit like the Orient Express.

“But there are not many bathroom furnishings you could not get in Homebase or B&Q.”

Meghan, 39, enjoyed her solo trip on the train less than a month after marrying Harry, 36.

Kate Middleton gives thanks to parents and carers

Meghan and her husband’s grandmother enjoyed a sleepover on the train before arriving in the West Midlands the following morning.

The former Suits actress and the monarch arrived in Runcorn station early in the morning to crowds of royal fans.

The pair embarked on a busy day filled with engagements. 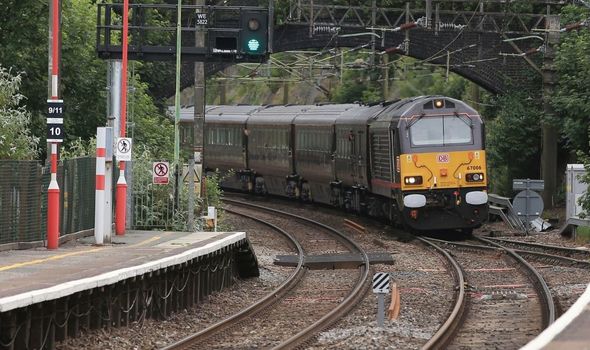 Duncan Larcombe, author of ‘Prince Harry: The Inside Story’, previously discussed the significance of Meghan’s trip on the train.

He told the 2018 ABC documentary ‘Meghan’s New Life: The Real Princess Diaries’: “The royal train, not many people have ever been on it.

“And you sit down and have kippers, or whatever, with the Queen and she’s probably the most famous woman on the planet.”

Conte on 2-1 with Milan: Before the winning goal, the result was unfair. Their goalkeeper is the best player of the match
Mikel Arteta: Arsenal did everything right, but they lost. Wins give confidence
Nicolo Barella: We proved that we are stronger than Milan
Go do your voodoo shit, you little ass. Ibrahimovic-Lukaku during the Cup match
Pioli on the defeat by Inter: The only difference was the relegation. There could be any result in equal teams
UEFA has no plans to abandon the Euro in 12 cities. Other options are undesirable
Eriksen scored for Inter for the first time in almost six months - Milan in the Cup in the 97th minute from a free kick
Source https://www.express.co.uk/news/royal/1368855/royal-news-latest-kate-middleton-queen-royal-train-meghan-markle-prince-William?utm_source=feedburner&utm_medium=feed&utm_campaign=Feed%3A+daily-express-news-showbiz+%28Express+%3A%3A+News+%2F+Showbiz+Feed%29