In Monday night’s episode of the two-part series, the BBC programme covered the period of 2018-2021 including the Cambridges and Sussexes royal tours and Meghan and Harry’s step away from royal duties. In Anita Singh’s review for The Telegraph, she notes that the content of the documentary including that Meghan Markle received unfavourable coverage in the press was already in the public domain thanks to newspaper coverage.

She added: “Recycling it for television has achieved nothing, except to sour relations between the BBC and the Royal Family.”

A joint statement released by Buckingham Palace, Clarence House and Kensington Palace, and shown at the end of both parts of the documentary, said that the BBC had given “credibility” to “overblown and unfounded claims”.

FOLLOW BELOW FOR LIVE UPDATES ON THE ROYAL FAMILY

The BBC appear to have delayed 'The Princes and the Press' podcast amid concerns over a royal backlash.

The broadcaster was due to publish a five-part podcast alongside the controversial documentary series exploring the relationship between the Royal Family and the press.

However, it has reportedly been delayed amid concerns about how Buckingham Palace will respond to the second episode.

BBC sources who spoke to the Telegraph admitted that the podcast will instead be released as a box set at a later date. 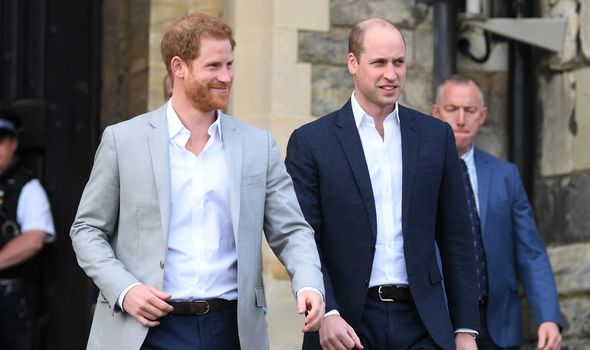 The documentary looks at William and Harry's relationship with the press (Image: Getty)
Source https://www.express.co.uk/news/royal/1529032/royal-family-live-bbc-documentary-buckingham-palace-royals-latest

Tesco Clubcard, Sainsbury's Nectar and the other best customer loyalty cards for saving money this year

What are Blue Zones and how do they impact your health?

School named after former president renamed over his ‘racist values’

Girl, 4, died from sepsis after doctors said she had a virus and sent ​her home

Prince Andrew, you have the PR skills of a wasp and intelligence of a dishwasher – don’t make a fool of our Queen

'PM should have resigned by now, but he hopes Partygate scandal will blow over'