A ROAD sweeper has died after his vehicle plunged into the River Thames during a clean-up at a popular tourist spot.

The man, who was in his 50s, was rescued from the icy river by passers-by but died shortly after he was taken to hospital.

The tragedy unfolded yesterday morning on the banks of the Thames at Barry Avenue, Windsor, where visitors flock to the promenade to feed the swans.

It is understood that the road sweeper was clearing up leaves and storm debris from the tarmac covered promenade shortly after 9am when he lost control of his lorry and it veered over the edge and into the river.

It is not yet clear whether the man, who was from Wokingham, Berks., suffered a medical episode or lost control of the vehicle as it travelled at 5mph along the normally pedestrian promenade.

Police have informed his next of kin.

It later emerged that a brave boat user, who was moored alongside the bank at Barry Avenue, jumped into the river swirling river to save the road sweeper from drowning as other passers-by gathered around to help.

Fire crews and paramedics joined police in rushing to the scene to help the stricken man and to pull out the Good Samaritan who jumped in to carry out the rescue.

The man worked for Tivoli under contract for The Royal Borough of Maidenhead and Windsor Council and was on road sweeping duties. 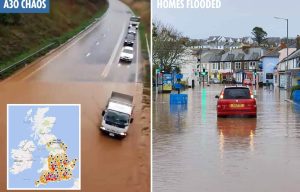 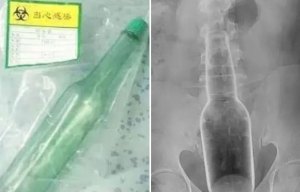 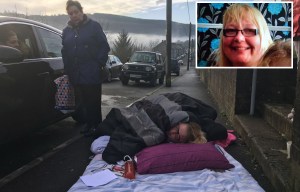 Darren Cunningham, Chief Executive Officer, said the company was "devastated" by the tragedy. He said: "Our deepest sympathies go out to the family, friends and colleagues of the individual involved, and our priority now is providing support to them during this difficult time.”

The death is being treated as unexplained but non-suspicious and a file is being prepared for the coroner.

Thames Valley Police are appealing for witnesses to the incident. Anyone with any information should call 101.

Teacher dies of coronavirus a week after going into hospital

Martin Lewis explains how homeworkers can get extra cash

After the virus, what new priorities will we each have?

Could the 2019/20 FA Cup be parked until the end of the year? A decision Newcastle United fans would agree with

There With You: Havering schools create face shields and donate science goggles to be used by NHS frontliners

Nurse dies after contracting coronavirus as tributes flood in

How does the virtual Grand National 2020 work?

Nurse and mum of three, 36, dies of coronavirus

COVID19: Dr Hilary says wearing a mask could be worse for you

How every Premier League club is treating their players, non-playing staff and casual staff in terms of pay

How to tell if your neighbour is running a cannabis farm

How to get kids off their screens during lockdown

There With You: Alexandra Palace turned into food distribution centre to support vulnerable

How pets are helping us through the coronavirus crisis

Face of man who stole PPE from ambulance in coronavirus crisis

How am I coping? The only constant has been working out what to eat

Siblings of boy 13, who died of coronavirus now have symptoms

Donna Air reveals where she bought a coronavirus test from

It will be warmer than the Mediterranean this weekend

Premier League meeting LIVE: Newcastle and Sunderland to find out what's next for football

Woman fined £660 under Coronavirus Act could have conviction quashed

Teenager charged over death of man after disturbance in Johnstone

The life and times of Lyn Jones, a Welsh rugby character like no other

Healthy nurse, 36, dies from coronavirus after treating patients on the frontline

Woman fined under new lockdown powers could have penalty set aside

Broken circle as writers dip quills in ink no more