RISHI Sunak has warned Boris Johnson not to sacrifice the economic recovery by going too far with new lockdown rules.

The Chancellor urged the PM to protect as many businesses as possible as he draws up tough new restrictions on Britain.

A government source told The Daily Mail: “Everybody’s general health depends on the economic health of the UK – there is a way to bring in restrictions without going overboard."

Mr Sunak “gave sombre warnings” to the PM at a crunch meeting at Downing Street on Thursday night, an insider said.

Sources close to the PM insisted he will balance the threat posed by Covid to the risks to the economy.

A Downing Street insider said: “Previously we had to use a mallet as a blunt tool to come down hard on the virus.

“We now know an awful lot more about the virus and can use a lot more sophisticated measures where we keep the economy going while targeting where we know the virus is breeding within society.

“Most of that is social and that is the sort of area we are looking to target if we take further measures."

Business leaders echoed the Chancellor's concerns and warned that a second lockdown would cripple the economy.

Hannah Essex of the British Chambers of Commerce told the Daily Mail: "Uncertainty and speculation around future national restrictions will sap business and consumer confidence at a delicate moment for the economy.

"While protection of public health must be the priority, Government should do everything in its power to avoid further national lockdowns that will cripple businesses.

"Any new restrictions must be accompanied by a comprehensive support package for the hardest-hit firms forced to close or reduce capacity through no fault of their own."

It comes as the Prime Minister has said a second wave of coronavirus is "inevitable" amid surging cases.

Boris Johnson's warning comes as Birmingham's Covid hospital was put on standby to reopen within 48 hours.

And local lockdowns have spread even further with Lancashire, West Yorkshire, Wolverhampton and Merseyside given tighter restrictions - including a curfew on pubs and restaurants and a ban on socialising outside of households.

The dramatic move was announced as Britain's daily infections hit a four-month high of 4,322, with figures showing the outbreak has nearly doubled in size in a week and the R-rate is potentially as high as 1.4.

Visiting the Vaccines Manufacturing Innovation Centre construction site near Oxford, the PM said: “On Monday we brought in the measures that we did, the ‘rule of six’, to really try and restrict what people are doing and to bring in a new buffer – and to make it absolutely clear, the ‘rule of six’: indoors six maximum, six outdoors maximum.

“But the crucial thing is at the same time to observe the basic rules on social distancing – hands, face, space – that is what everybody has got to do if we want to continue to beat this thing.

“But as we look at this particular curve and what is happening now, clearly we are going to keep everything under review. I don’t want to get into a second national lockdown at all, it is the last thing anybody wants.

“I don’t want to go into bigger lockdown measures at all, we want to keep schools open and it is fantastic the schools have gone back in the way they have.

And he called a surge in the UK's cases the "second wave" of the virus.

"Obviously, we’re looking very carefully at the spread of the pandemic as it evolves over the last few days and there’s no question, as I’ve said for several weeks now, that we could expect (and) are now seeing a second wave coming in," he said.

“We are seeing it in France, in Spain, across Europe – it has been absolutely, I’m afraid, inevitable we were going to see it in this country.”

'NO QUESTION WE ARE NOW SEEING A SECOND WAVE'

The PM has also suggested the public - who were until this month being encouraged to return to work and eat out to help the economy - may have dropped their guard.

Asked if the Government had eased lockdown too quickly, he said: "They got that peak under control, they brought it right down, they brought the number of infections right down by discipline and everybody adjusting our behaviours and the way we go about our lives - hands, face, space.

"And I think probably, truth to tell, what's happened here and what alas has happened in so many other countries is that people find it difficult to keep this up."

The Government is reported to be looking at a possible "circuit breaker" nationwide lockdown as soon as next week, which could last for a fortnight.

A member of the Government's Sage Committee Professor Andrew Hayward from UCL told Times Radio a "circuit break" lockdown is needed within days.

Professor Hayward said: "One of the measures is this idea of a circuit break, which is really instead of waiting until things have really got out of control and you end up having to have a long lockdown.

"Instead of that, trying to have a shorter period when you try and knock down transmission.

"I wouldn't necessarily expect a circuit break to be the end of it, if you see what I mean. I think this might be something that one might need to plan for rounds of those over time." 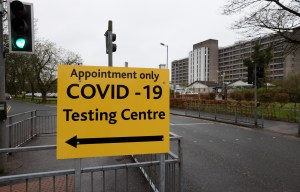 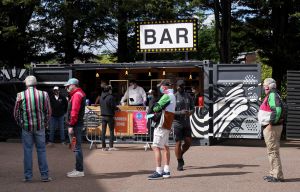 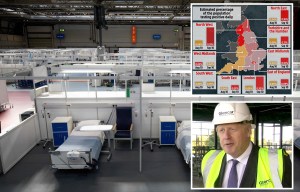 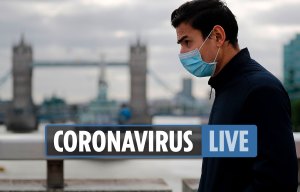 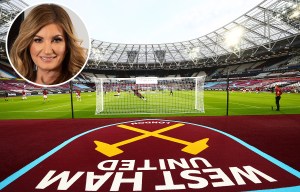 This evening, Mr Johnson said of the claims: “What I can certainly say about parents and schools is we want to keep the schools open, that is going to happen.

“We want to try and keep all parts of the economy open as far as we possibly can – I don’t think anybody wants to go into a second lockdown but clearly when you look at what is happening, you have got to wonder whether we need to go further than the ‘rule of six’.

"We will be looking at the local lockdowns we have got in large parts of the country now, looking at what we can do to intensify things that help bring the rate of infection down there, but also looking at other measures as well."

La Liga President on Messi's departure: It won't be a drama for us. And his reputation will suffer
Ronaldo is a fan of the UFC. Rooting for Khabib, training with Conor, signed up for all the top fighters
Only Milan have not lost points this season in the top 5 of the European leagues. Aston Villa lost 0:3 in the
🎮 We made a game about Khabib - fight for him and try to fill up Geiji
Tebas about klasiko: the Game of the best teams in the world. The most important match of club football
Leeds forward Bamford scored a hat-trick. He has 6 goals in 6 Premier League games
Moyes on the spectators in the stadiums: People watch matches in cinemas, why can't they do it on the street?
Source https://www.thesun.co.uk/news/12711249/rishi-sunak-johnson-risk-uk-recovery/