CHANCELLOR Rishi Sunak is considering a freeze on benefits and public sector pay as a way of getting control of the country’s finances as the cost of the coronavirus crisis rises.

Mr Sunak is also said to be trying to persuade Prime Minister Boris Johnson to tear up the “triple lock” which protects the income of pensioners.

Unemployment is also predicted to rise to more than four million as a result of people being laid off due to the coronavirus pandemic and a dramatic fall in GDP.

The Chancellor is said to have told fellow ministers he is deeply concerned about the long-term damage to the country’s finances.

The government borrowed a record £127.9billion between April and June this year to help tackle the crisis.

As a way of clawing back billions of pounds in financial bailouts, Mr Sunak is believed to have discussed scrapping inflation-linked increases to both welfare payments and public sector salaries.

The news comes as Mr Sunak’s political popularity continues to rise, with public poll ratings during the pandemic showing he was more popular than his colleagues, including Mr Johnson.

His Eat Out to Help Out initiative to help kick start the economic recovery and get people eating out in pubs and restaurants has been viewed as a big success.

He has recently been making efforts to meet the so-called “Red Wall” Conservative MPs who won their seats in traditionally Labour heartlands in the 2019 general election.

Tory backbenchers are now said to be gossiping about his growing strength and independence.

Mr Sunak’s drive to re-open the economy after the lockdown has met with some opposition, most notably Health Secretary Matt Hancock and Government scientific advisers, led by Chief Medical Officer Chris Whitty.

The Chancellor though is said to be wary of his public image as “Dishy Rishi” and concerned that while he has been handing out taxpayers’ money to help keep the economy afloat and gained some popularity through that it may actually dent his reputation in the long-term.

A senior ministerial ally of Mr Sunak told The Mail on Sunday: “Rishi has been absolutely adamant in private that he will have to be able to balance the books after this is all finally over.

“Hospitals and schools will be protected, but something has to give somewhere.”

Should unemployment rise to the predicted figure of 4.5million next year, this will put pressure on the Department for Work and Pensions’ £176billion budget. 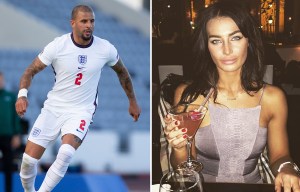 The public sector pay bill is also expected to be hit with a freeze – although NHS workers could be exempt from this.

Mr Sunak has warned that the “triple lock” – which says the basic state pension has to rise each year in line with the highest of either the growth in prices, the growth in earnings, as measured by the average earnings index in the year to July, or 2.5 per cent – is unaffordable.

Mr Johnson though has resisted any call to abandon it on the grounds it was a clear commitment in last year's election manifesto.

With Lukaku, it is useless to play in a power struggle. Shakhtar defender Bondar on the Inter forward
Ivanov will serve the match OF AZ-Rijeka in the Europa League. Rotor appealed his refereeing in the game with Loko
Gasperini on Ajax: it's not easy for everyone Against them. Atalanta made a great comeback
Real Madrid came away from defeat for the 8th time in a Champions League match, losing by 2 goals. The club has updated its record
Felix on red Bull's double: I enjoy playing in the Champions League the Most
Casemiro about 2:2 with Gladbach: The opponent entered the Real Madrid penalty area twice and scored twice. This is football
Guilherme about 1:2 with Bayern: Loko again showed that he can play against any opponent
Source https://www.thesun.co.uk/news/12717417/rishi-sunak-coronavirus-cost-freeze-benefits-public-sector-pay/