TERESA Giudice calls her brother Joe to reveal his wife Melissa has been texting a handsome restuarant owner, in a new sneak peek of the upcoming Real Housewives of New Jersey.

The clip reveals the housewives enjoyed a girls' trip away, but Teresa is not impressed when she learns that her sister-in-law has been texting another man.

The news leaves Joe close to tears, as he admits "this is serious."

"I just want to let you know the owner of the restaurant asked Melissa for her number, and they've been texting all day," Teresa tells Joe, who later tells his pals: "My sister said she's been flirting with this guy.

"I am about to cry right now."

The Sun previously revealed that Melissa and Joe suffer “real conflict” in their marriage on the upcoming season.

The insider said their marriage troubles have “nothing to do with cheating or anything inappropriate,” despite the trailer suggesting otherwise.

The source continued: “It’s husband and wife stuff. Something happened and it kept building. It got to the point where people were like, 'There are cameras here…’ It got hot.”

The insider said that the couple, who married in 2004 and share three children together, has overcome their issues and are “okay today.”

A previous teaser had also suggested a housewife husband has cheated.

With clips of all of the housewives kissing their husbands, Margaret Josephs can be heard saying: "Everyone's marriage can look absolutely perfect on the outside."

Melissa added: "But guess what? Things aren't always what they seem.”

Dolores then finished: "Anyone can be a cheater.”

It was later revealed the women were discussing Jackie Goldschneider, who aired her grievances after it emerged it was Teresa who started the allegations

The Real Housewives of New Jersey star endured the cheating allegations while watching the episode debut with her husband, Evan.

Teresa was seen on camera telling friends that Evan was cheating on Jackie while at his gym.

Despite the rumored infidelity, Page Six revealed that Jackie claimed she and her husband are doing fine, though she felt extremely guilty over his name being thrown into a scandal. 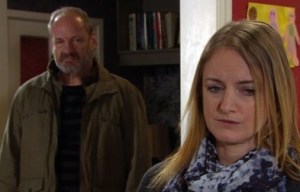 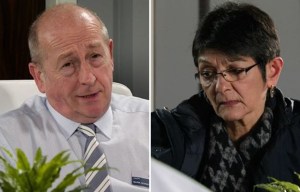 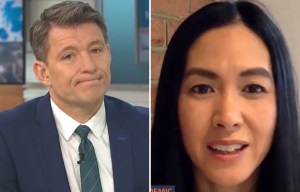 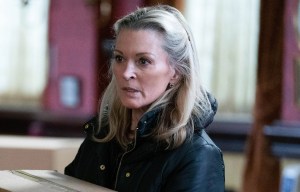 “Well, it ended up being fine. I had a lot of guilty feelings because Evan’s not a cast member on this show,” she continued.

“So for his reputation to be at the center of the drama was very unfair for him. I feel like, ‘I’m on the show. It should be about me.’"

Vardy snapped an 11-game unbeaten run for Leicester. He has not scored for so long since December 2016
Iheanacho has scored 11 goals in his last 8 games at Leicester. In March, he was the player of the month in the Premier League
Gary Lineker: I would like VAR to go to the same place as Super League
Zlatan has extended his contract with AC Milan for a year. The Swede will be 40 years old in October
Atletico midfielder Llorente shares the lead with Aspas in the list of La Liga assistants. He has 21 (11+10) points in 31 matches
Atletico won 2 matches in a row for the first time since January. He is 3 points ahead of Real Madrid
President of Fiorentina: Closed leagues are the worst thing that can be created in Europe. In the United States, they only think about saving money