The 49-year-old made the confession as she confronted her costars for the first time.

Last week’s episode ended with Erika texting the women that she had filed for divorce after 21 years of marriage.

Wednesday’s episode of RHOBH kicked off with Erika preparing to come face to face with her fellow Bravo stars for the first time since announcing her split from Tom, 82.

While preparing to face her friends, Erika said: "There's so many layers to this divorce.

"It's so f**king complicated. It's very difficult to explain."

Speaking of the other RHOBH stars, she added: "You know, I'm sure that they were very shocked and that they're going to have a lot of questions.”

The episode then cut to Erika's conversation with her costars, where she told them that she "did not see it ending this way" with her lawyer husband.

The Bravo star added: "I was going to hold that man's hand until he died."

Kyle, 52, asked if any of them had spoken to Erika that day, with Lisa Rinna confirming she had.

Kathy Hilton then asked Lisa, 57, if she knew Erika and Tom were heading toward divorce for a while.

"I instantly called her and, you know, I was just as surprised as we all were."

Dorit Kemsley added that it "was a surprise" to learn their separation, stating: "We don't know enough about what's happening.

Kyle added: "We don't know what goes on behind closed doors."

It was later rumored that Tom had cheated on Erika multiple times and she was over it, while the lawyer never denied or confirmed the allegations.

Following the divorce filing, Tom began getting hit with lawsuit after lawsuit for fraud, embezzlement and contract breach.

The Bravo star became involved when it was claimed that they upheld their luxurious lifestyle with the money he had allegedly stolen from his clients.

A source previously told Us Weekly: “Erika was completely unaware of the very serious allegations that were being made against Tom in court. 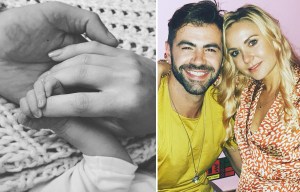 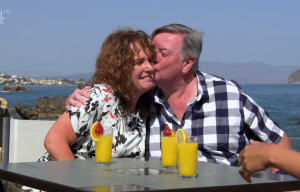 Earlier this week, the new Hulu special The Housewife and the Hustler premiered.

The doc examines Tom’s questionable legal practices while he worked as a hotshot lawyer in Los Angeles, which contributed to Erika's extremely lavish lifestyle.

Tom's friend, LA attorney and former president of the Bar Association Brian Kabateck, said that the way multimillionaire was depicted on RHOBH was bad for his career and showed that the couple lived beyond their means.