TERRIFYING footage reveals the moment a reckless dad dangles his young son over the edge of a mountain road as family members stop to take snaps.

The disturbing clip was captured by bewildered tourists visiting the steep winding mountain path of Hongjing Road in Beijing.

Disturbing footage shows the father holding his helpless young son by both arms as the boy dangles over the steep edge of the road.

The child places both feet on the vertical concrete retaining wall and looks towards the sheer drop beneath him.

Another family member bends down behind the father to take pictures on his mobile phone.

At one point the father appears to shake the little boy's arms while others laugh.

Other tourists, including adults and children from the same family, watch but do not intervene in the potentially fatal photo stunt.

The dangerous stunt has since been viewed more than 13 million times since it was shared yesterday.

It remains unclear whether local authorities will issue a fine to the parent.

The stretch of road is known as ‘Devil’s Road’ because of its 18 hairpin turns was once an important defensive point during World War II.

Now the entire 18.94 kilometre (11.76 mile) stretch of the rural roadway has been converted into a popular beauty spot.

Hongjing Road was converted to a beauty spot between May and October 2009, when a pedestrian walkway was installed in order to attract more foot traffic. 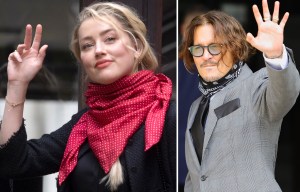 The dangerous stunt is part of a worrying trend where daredevils are prepared to put themselves in harm's way just to get one impressive snap.

The world's most dangerous selfie trend sees hundreds of couples risk their lives in "loved up" photoshoots while hanging off moving trains or stand atop ultra-high ruin.

Reckless daytrippers took daredevil selfies on the edge of a cliff just a few miles from where it had recently dramatically crumbled.

Rudi Garcia on Lyon's chances against city: the quarter-Finals showed that the favourites can also be beaten
CSKA agreed a 5-year contract with Fuchs. The transfer is estimated at 7-10 million euros
Ferdinand on Messi at Barca: Will he want to stay, given the results and the team's performance? Does he have time to wait?
I would not be surprised if Pochettino is appointed in less than 3 days. Ex-Barca winger Carrasco on the club's new coach
Alaba about Mueller: we are Glad that Bayern have such a player
Jordi Cruyff replaced Donadoni at the head of China's Shenzhen
Tiago Pro 8:2 with Barca: Bayern haven't won anything yet
Source https://www.thesun.co.uk/news/12108627/dad-dangles-son-over-cliff-edge-family-take-snaps/

'Sloppy': Baileys under fire over Reclaim Her Name books for Women’s prize