Rare 2p error coin sells for £300 on eBay – do you have one in your spare change?

A RARE 2p error coin has been snapped up on eBay this month for a whopping £301 - more than 150 times its face value.

The coin proved popular among collectors despite it being "used" and in an "ok condition", attracting a whopping 33 bids.

It's sought after because it's one of only a small number of 2p pieces minted in 1983 to have the words "New Pence" on it.

Between 1971 and 1981, all 2p coins had the words "New Pence" inscribed on the reverse, but a year later The Royal Mint decided to change it to say "Pence" going forward.

But then in 1983, The Royal Mint mistakenly struck a "small number" of coins with the old inscription of "New Pence” on them.

These coins were produced to "brilliant uncirculated" quality - a standard higher than ordinary circulating coins - and were included in special sets intended for collectors.

But it seems some have made their way into circulation.

The Royal Mint says "relatively few" of these 1983 "New Pence" coins are in circulation, which is why collectors are so keen to get their hands on one.

While Coin Hunter, Colin Bellamy, reckons a circulated version is worth between £1,000 and £1,250.

So it's worth keeping an eye on your change to see if you come across one.

Mr Bellamy also points out that you could find one on eBay for just a tenner as part of a set branded by Martini and Heinz.

The dangers of selling your coins on eBay

THE most valuable coins are usually those that have low mintage numbers or those with an error.

These are often deemed the most valuable by collectors.

Once you’ve found out whether the coin is real or not, you have a number of options - either selling it through a coin dealer, at auction or on eBay.

Sell it at auction

If you’ve got a coin that you would like to sell at auction then you can contact a member of the British Numismatic Trade Association.

They usually deal in very old coins but they may be able to help you assess whether it’s worth selling your coin at auction or whether it would be valuable to a collector.

Sell it on eBay

If you want to sell the coin you’ve found in your spare change on eBay then you need to know the risks.

Remember to set a minimum price that is higher or at the very least equal to the face value of the coin.

Even if your coin “sells” on eBay for a high price there’s no guarantee that the buyer will cough up.

In its terms and conditions, the auction website states that bidders enter a “legally binding contract to purchase an item”, but there’s no way to enforce this rule in reality.

The most eBay can do is add a note to the buyer's account about the unpaid item or remove their ability to bid and buy.

This is because in order to sign up to the website, users do not need to put in valid bank or PayPal details before making a bid.

If a bidder refuses to pay, then the only option for sellers is to give “second chance offers” to other bidders or relist the item.

For items of a high value, eBay recommends that sellers put a limit on their listing to approve bidders.

It means bidders must email you before placing a bid but NOT that they must pay out the cash if they win.

He said: "Use search terms such as '1983 Martini' or '1983 Heinz' and sort by newly listed on eBay. These brands released sets for coin collectors and they may include the error coin.

"By entering these search terms in eBay - or having eBay notify you of new listing containing these words - you can be the first to spot a buy it now listing for a set that contains this error coin.

"These standard 1983 sets sell for £10 so you could find a bargain if you can find one containing the error coin for that price.

"They have been listed in the past at low prices by people who have not heard of the 1983 New Pence 2p."

If you do stumble upon one that you want to sell on, check eBay to see how much the coin has gone for recently and set your price realistically.

It’s easy for someone to list a coin for thousands of pounds but the “completed” listings will give you a more realistic idea of sold prices.

Also remember to factor in listing fees before deciding whether to sell the coin.

For specialist coins, or ones that are much older and have a higher value, speak to an expert. Try a valuation service such as Chards.co.uk. 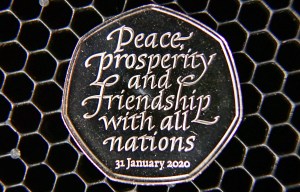 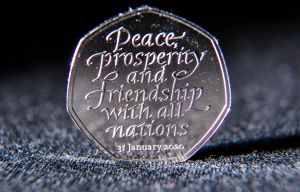 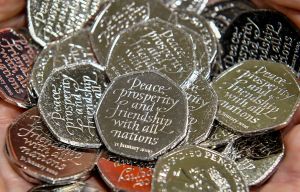 Warning over fake Brexit 50p coins for sale on eBay 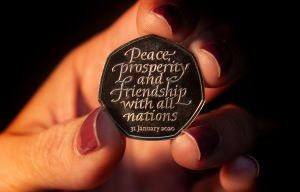 Here's how to get your hands on a Brexit 50p coin 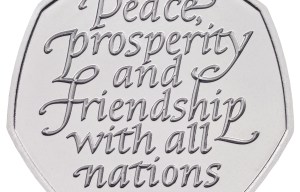 Another rare error coin is the Olympic swimming coin that was struck with water going over the swimmer's face - one sold for £590 on eBay last year.

Check out our full list of the most valuable and rarest error coins in circulation.