It's the easiest sell in town - Rangers against Celtic doesn't need much to get supporters excited.

But this Scottish Cup tussle genuinely feels like a monumental clash between a pair of rivals who specialise in bringing the excitement.

Rangers' belief in Steven Gerrard is more than justified as their romp to the earliest Premiership title in history shows.

But Celtic - battered from pillar to post this season - can put a major dent in their rival's season while strengthening their own chances of securing an incredible fifth consecutive triumph in this famous competition.

John Kennedy might remain a long shot to get the Parkhead job for keeps but the interim manager's mix of calmness and confidence has certainly been noticed across the city.

Both teams are in form while the last two clashes between the sides have been razor close and that gives the visitors hope today.

But Rangers' 20-point advantage in the Premiership is a keen reminder of the current gap between them.

It doesn't get much bigger and we will be with you every step of the way on a day of high drama from Ibrox.

Connor Goldson is set to commit his long-term future to Rangers by signing a contract extension early next week.

MailSportunderstands the Light Blues defensive rock has all but agreed terms on a deal which will keep him at Ibrox until the summer of 2024.

It’s the latest key piece of business being secured by boss Steven Gerrard who has tied up skipper James Tavernier, Steven Davis and keeper Allan McGregor on extensions in recent weeks.

And adding Goldson to the list will enhance the feel-good factor at the club ahead Sunday afternoon's Old Firm clash.

Goldson arrived in Glasgow from Brighton for a £3million fee in 2018 and has become a pivotal member of the title-winning side as well as playing a leading role in the club’s Europa League exploits this season.

Gerrard: Brown will be missed

Rangers manager Steven Gerrard insists Scott Brown will be missed in the heat of derby battle when he leaves Celtic in the summer.

The Parkhead skipper will depart for Aberdeen at the end of this season after a trophy-laden spell in Glasgow's east end.

He'll face Rangers as Celtic captain for the penultimate time on Sunday, as he looks to keep alive the dream of going out with a trophy.

The last meeting between the two was marked by Brown showing his solidarity with Glen Kamara after racist abuse by Ondrej Kudela, and Gerrard admits he'll miss facing such a fiery competitor.

I think it was a real class touch from Scott, I must say.

When it comes to life and certain things that happen in life, there are things that are bigger than football.

He’s someone I have got respect for, from a football point of view and for what he has achieved, to be that successful and how he has gone about things.

If I take my Rangers hat off it’s something I respect very much because I know how hard it is to win.

I think the fixture will miss him. 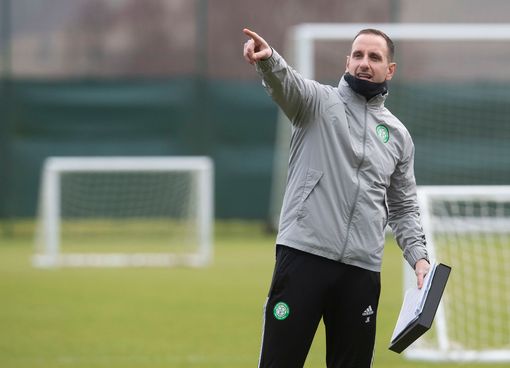 John Kennedy admits a feeling of guilt over Neil Lennon’s sacking is the driving force behind Celtic’s bid for Scottish Cup glory.

The Hoops caretaker boss says the turmoil at the club and the dismissal of Lennon was the wake-up call for players and staff to transform their season.

A return to form in recent weeks has brought nine goals in their last two games ahead of Sunday’s clash with Rangers at Ibrox and Kennedy thinks the gaffer’s exit has shocked his side into life.

Sometimes in the midst of a storm, when there is so much noise about the manager leaving, things can become a wee bit lost but there is a reality check whenever that happens.

Someone has had to lose their job because of the group performance and that sometimes shocks people into action.

It feels like a biggie and we will provide all the build-up you need ahead of kick-off.

Stick with us for all the latest.