RALPH Rimmer stared down the barrel as rugby league faced the Covid-19 pandemic and many worst case scenarios became real.

No Ashes series against Australia, no crowd at the Challenge Cup final, no Championship or League One matches = no future for the sport?

But after 14 months without fans in grounds, only one team fell by the wayside – Toronto Wolfpack, for different reasons - and the sport survived.

If anything, it brought into sharp focus changes that needed to be made and the agility of the 13-a-side code to adapt brought it through.

Government support in the form of about £35 million of loans was crucial – the sport was the first to receive anything.

Tomorrow sees fans back in stadia at five Super League matches, and while the period was not without its frustrations, the boss of the Rugby Football League feels it is in position to prosper.

Rimmer, who was at the last match with fans – Castleford v St Helens on March 15 last year, said: “It has opened my eyes to changes that needed making, that’s true.

“And there are some big figures involved in terms of money lost. The Ashes series was significant and the Challenge Cup final is one of our major revenue streams.

“But every sport should think, ‘We’re in a new environment. We’ve been through something that’s extraordinary. We have to understand and decide what our future looks like.’

“Our sport on and off the field will have a new future, that’s OK but of course there were fears for clubs.

“Lots of different elements of the sport have been threatened but we had that agility, flexibility and will within it to be able to do things others find more difficult.

“We adapted to the new environment. We secured Government support in order to find a way through. Initially, we were the only sport to secure that as we raised ourselves above others.

“There’s been some financial pain and an entire season outside Super League lost – it was imperative Super League was completed on behalf of the whole sport and the Ashes was cancelled to make sure it could be.

“If it hadn’t, a lot would’ve been down to Sky and our commercial partners, who didn’t get what they’d paid for. They paid for exposure at grounds in front of crowds and didn’t get that.

“So we had a series of meetings and said, ‘We’ve got some tough times, we’re all in this. The Ashes won’t happen, players will take wage cuts, we won’t have fans. Lots of things you expected won’t happen.

“’But we are a partnership. Here are alternative ways we can help you and we’d like you to stick with us.’ It was the same with the broadcaster and one of those dominoes falling could’ve jeopardised what happened but we were pretty solid and that collective approach helped us through.

“I said at that Castleford match there are no perfect solutions and we were in for a difficult time but it would be wrong to imagine I had any idea of what lay ahead.

“It would be fair to say it’s been frustrating for all sides. Cancelling the test events was the most frustrating time. We had a couple lined up and they had to be cancelled at the last minute.

“However, the health of the nation has to come first. Looking at what the nation was going through put that into perspective.

“It had to be tempered with some rational thinking. We’ve worked alongside Government to get here and it’s been a huge amount of work.”

The very game changed because of Covid-19. No scrums are in matches on this side of the world, even though the NRL has them, and they will only come back when the time is right.

But the postponement of the Championship match between Halifax and Sheffield because of positive Covid-19 cases served as a reminder to everyone calling for them to come back now.

Rimmer added: “No scrums is up for review throughout the season and that was brought in specifically to counter some of the transmission issues.

“When we get to a point where we think we can ease off on that, we will do.

“But the postponement absolutely reminds us we’re not out of the woods yet.

“It’s very easy to look at Australia and New Zealand but it’s absolutely not apples for apples. This nation has been through something dramatically different.”

Hull FC, Leigh, Warrington, St Helens and Castleford throw open their doors once again tomorrow and Rimmer believes that is down to the work behind the scenes.

He told SunSport: “I’m proud to be part of what we’ve done and we can be thankful that for the effort we’ve put in, we’ve got something to look forward to.

“Our sport in particular is very passionate, fans on terraces is part of our DNA. In coming back we’ll realise some of the things we’ve really missed – literally standing on a terrace shouting.” 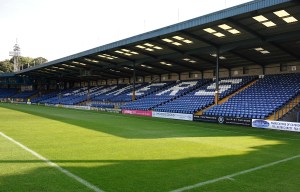 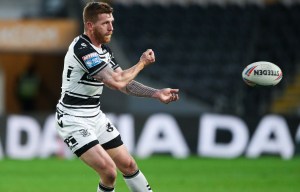 Josh Jones targets career in the boardroom once he finishes playing 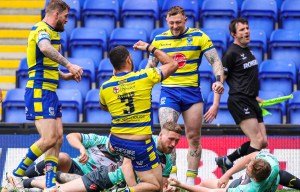 Josh Charnley salutes 'Greg' for his lack of attitude at Warrington