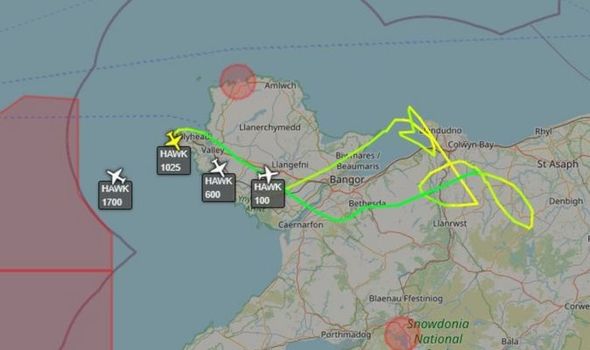 An RAF jet has declared a general emergency off the coast of Wales (Image: AIRRADA)
Sign up to receive our rundown of the day's top stories direct to your inbox

Jet ZK027 has issued a 7700 squawk, indicating a general emergency.

The plane had been flying off the coast of Holyhead in west Wales when it issued the alert.

The jet is a Valley Hawk T2, which is used to train pilots to fly at speed.

Aviation observers expressed alarm at the squawk on Twitter.

Another said: "I get alerts whenever a plane calls an emergency and a RAF Jet REG ZK027 has just stopped dead there, now there’s another Jet going towards it."

A third said the plane "has either landed or gone out of range wearing 7700".