RACHEL Riley could barely contain herself when she spotted a very rude word on the Countdown board today.

The 34-year-old presenter squirmed when she noticed that the vowels and consonants a contestant had chosen could easily spell out c**t, during the final letters game.

The TV star turned around when she clocked the almost-slur and pulled a twisted grimace to the camera.

Ever the consummate professional, Rachel managed to keep a straight face and got on with the show.

The Strictly Come Dancing star was still pregnant with her first child, daughter Maven Aria in the pre-recorded show, and was seen cradling her baby bump.

Last year, the star - who has been co-presenting Countdown for over a decade - treated fans to a selection of the naughtiest words to have ever appeared on the show to mark her 10 years there.

The cringe-worthy letters which are picked at random include, "erection", "shags", "todgers", "vaginas", "orgasms" and - most bizarrely of all - "OK I squirt".

Other rude words picked by contestants include "bumhole" (which believe it or not has appeared TWICE), ""perverts", "p***", "sugar t***" and "no panties".

Rachel first joined Countdown in 2009 when she was 22 - having only just graduated from the University of Oxford.

Five years later the couple decided to take their relationship to the next level - and tied the knot in 2019 during a ceremony in Las Vegas.

She gave birth to their daughter Maven Aria in December, announcing: "2 weeks after we were expecting her this little one finally made an appearance. 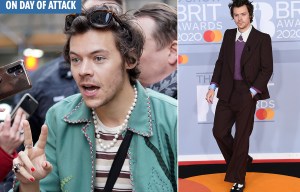 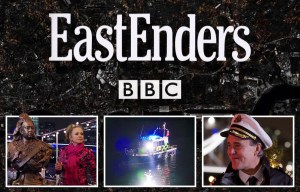 She added: “After keeping us waiting she came so fast we didn’t get to hospital & was born in our bathroom with our amazing doula & wonderful St Mary’s midwives rushing over to be with us just in time!

“She’s absolutely perfect & Pasha & I are in newborn bliss. Couldn’t be more in love.”