Addressing Parliament to deliver her newly formed Government's speech, the Queen reminded Lords and MPs that the integrity of the Kingdom is of the "utmost importance". She said: “The integrity and prosperity of the United Kingdom are of the utmost importance to my Government.” The stern reminder comes as Scottish First Minister Nicola Sturgeon said she has a new mandate to call for a fresh independence vote after winning the most seats in Scotland in last week's general election.

The Scottish Government published a report stating that because of this the process for agreeing the terms of a fresh ballot should now begin.

The document, Scotland's Right To Choose, was made public as Nicola Sturgeon confirmed she has written to Boris Johnson asking for the power to hold a second ballot on independence. 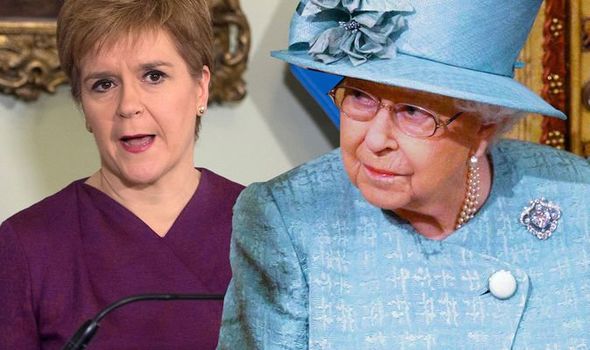 The change of circumstances the report claims is not just that Scotland will be removed from the European Union when the country voted against this in 2016.

It also states the approach of the UK Government to the Brexit process has "demonstrated that the views and interests of Scotland can and will be set aside" by Westminster, with this taking place "despite claims that the UK is a partnership of equals".

The report stresses the "people of Scotland express their democratic will through elections", adding "their votes since the EU referendum demonstrate the continued force and relevance of the mandate the Scottish Government received in the 2016 Scottish Parliament elections".

The report noted that in 2017, 69 of Scotland's 129 MSPs voted in favour of a second independence referendum.

In the general election that year, the SNP won 35 of the 59 Scottish seats on a manifesto that included a commitment to giving people a "real choice" over their future when the final terms of the Brexit deal are known.

In 2018, 46 of the 59 Scottish MPs voted against the passage of the UK Government's EU (Withdrawal) Bill - with only Scottish Tories voting for this.

Meanwhile, at Holyrood, 93 of the 129 MSPs voted against the legislation, with the Scottish Parliament refusing to formally consent to the Bill.

Earlier this month, the SNP won 47 of 59 Scottish seats at Westminster at the end of a campaign which had focused on a call to "put Scotland's future in Scotland's hands". 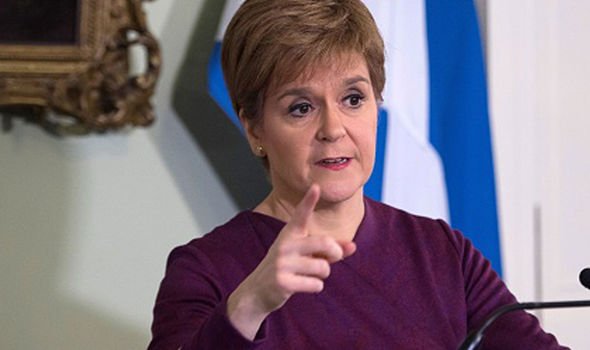 Nicola Sturgeon claims she has clear mandate to call for a second referendum for independence (Image: GETTY)

The report said: "The Scottish Government believes that events since 2016 have reinforced the mandate it has from the people of Scotland."

But Boris Johnson's Government rejected her demands for a new independence referendum after Brexit, saying it would be "a damaging distraction" and would undermine the result of the last vote five years ago.

"A second independence referendum next year would be a damaging distraction," the Government said in a briefing note accompany its legislative agenda.

"It would undermine the decisive result of the 2014 referendum and the promise made to the Scottish people that it was a once in a generation vote."

Smart speakers could accidentally record users up to 19 times per day, study reveals

Man charged with attempted murder after two stabbed in Homerton

KFC brings back 80 pieces of popcorn chicken for £5.99 deal

Friends reunion: People are worried the unscripted special will be like the Inbetweeners disaster

See inside the Pontin's holiday park abandoned 12 years ago

'Wow, a real life Miss Hitler': Why the trolling of journalists needs to stop

New Superdrug store has opened for business in Kingston Park

How many people have been diagnosed with coronavirus in the UK?

SNP has 'no mandate' for sex self declaration, campaigners warn

This SNP government is guilty of dereliction of duty - Brian Monteith

The Twilight Zone review: When Black Mirror exists, there's no need for this star-studded reboot

Row at house leads to police finding drugs inside

Vet gives parrot prosthetic wings after owner cut them off

'Can't tell you about that!' Buzz Aldrin's Moon landing secret exposed during interview

Have Newcastle United's January signings improved the side? Not on this evidence

The Village People headline poptastic Pride on the Heath celebration