THE Queen has been "touched" by the support of the public since her husband Prince Philip's death.

The 94-year-old sent a message saying her and her family were "grateful" for the tributes to the Duke of Edinburgh after his death last week aged 99.

A Buckingham Palace spokesperson said on behalf of the Queen: "Her Majesty and the Royal Family are grateful for all the messages of condolence from around the world and have been touched to see and hear so many people sharing fond memories of the Duke in celebration of his life.

"The tributes received from young and old are truly a testament to the remarkable life and lasting endeavours of His Royal Highness."

Prince Harry and William won't stand together at Prince Philip's funeral and will separated by their cousin Peter Phillips.

It was believed the brothers would be stood shoulder-to-shoulder as they followed their grandad's coffin to the service on Saturday.

But Harry and William will instead be separated by Peter Phillips at the request of the Queen.

Due to Covid social-distancing rules, this means they will end up four metres apart during the eight-minute procession.

The brothers will be separated for a second time as they head into St George's Chapel for the service - with William walking ahead.

Harry will follow flanked by the Earl of Snowden, while Princess Anne and Prince Charles lead the procession.

Buckingham Palace confirmed the final details of Philip's funeral today but said they would not be "drawn into perceptions and drama".

A spokesman added: "The arrangements have been agreed and represent Her Majesty's wishes.

"All of the arrangements have been signed off by Her Majesty.

"All the arrangements are being done to meet with the Duke's wishes and Her Majesty making the final decision."

At 11am on Saturday, the coffin will be moved from the Private Chapel in Windsor Castle to the Inner Hall, where it will remain until 2.41pm.

From there, the prince will be moved to the State Entrance, where royals including Kate Middleton, Zara Phillips and Princess Beatrice and Eugenie will make their way to the service.

The coffin will be placed on a specially-adapted, military green Land Rover Philip spent 16 years designing for his final journey.

The national anthem will then ring out as the Queen - joined by a Lady-in-Waiting - is taken in a Bentley to St George's Chapel.

At 2.45pm, the Band of the Grenadier Guards, followed by the Major General commanding the Household Division, will then lead the procession.

Different groups will then follow the Duke of Edinburgh's coffin through the grounds of Windsor Castle. 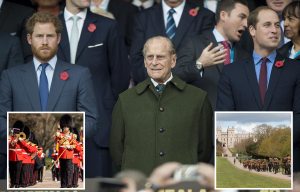 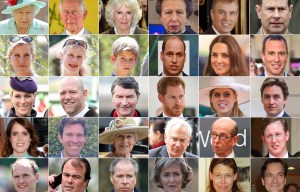 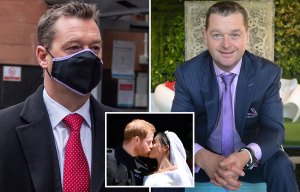 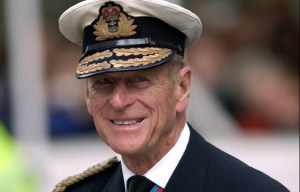 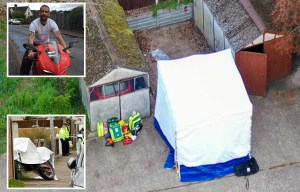 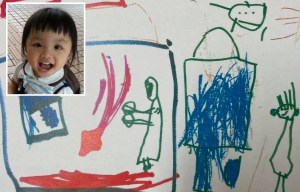 Another group on the procession includes Vice Admiral Sir Tim Laurence and David Armstrong-Jones, the Earl of Snowden.

William and Harry will follow the Land Rover with Princess Anne's son Peter in the middle.