During the call, the Queen heard from a number of armed forces personnel what it is like to be deployed away from home.

The servicemen and women explained their roles to Her Majesty, who had joined the call from all around the world.

One of the armed forces personnel, Lance Corporal Shanwayne Stephens from the Queen’s Colour Squadron in the RAF, revealed to the Queen his dramatic lockdown training method.

The RAF sniper, who also represents Jamaica in the nation’s bobsleigh team, said he had been pushing a car up and down a road to keep fit.

Lance Corporal Stephens said: “We resort to unorthodox training methods, so I’ve been pushing a car up and down the street.”

The remark led to a loud laugh from the Queen, who said: “Well, I suppose that’s one way to train.” 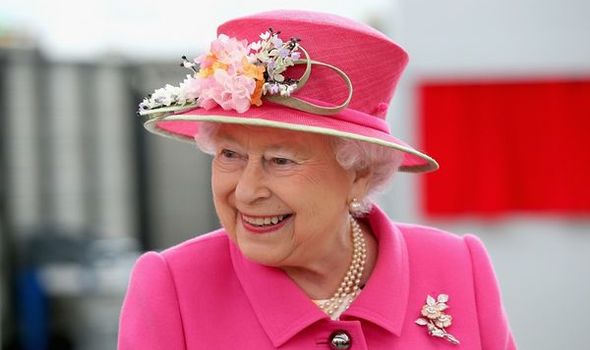 It is responsible for representing the Royal Air Force around the world, as well as providing Guards of Honour for members of the royal family and other important figures.

According to the RAF, the squadron is also known for its Continuity Drill Displays which have “thrilled” audiences globally. 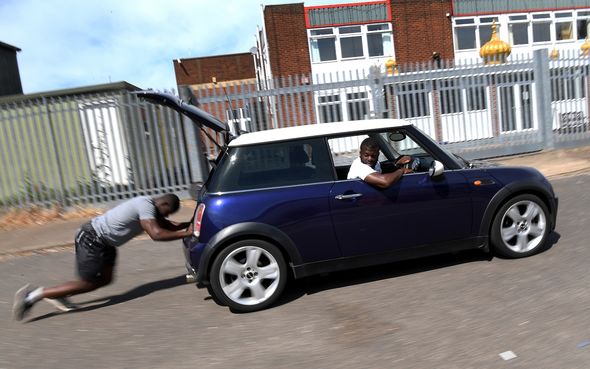 The sniper revealed to the Queen he had been on the Queen’s Colour Squadron for eight years.

Her Majesty appeared taken aback by the soldier’s bobsleigh comment, and chucked before saying: “Gosh! Sounds a very dangerous job!”

Another of the forces personnel, Able Rate Sophie Levy, told the Queen she was a Naval Airman Aircraft Handler.

She currently serves on the RFA Argus, a casualty receiving ship in the Royal Fleet Auxiliary.

DON'T MISS:
Royal line of succession: How the Royal Family shapes up - who could be King or Queen? [INSIGHT]
Queen refuses to do one thing when she travels due to poisoning risk [REPORT]
Queen to axe hundreds of jobs as lockdown destroys Buckingham Palace tourism [REPORT] 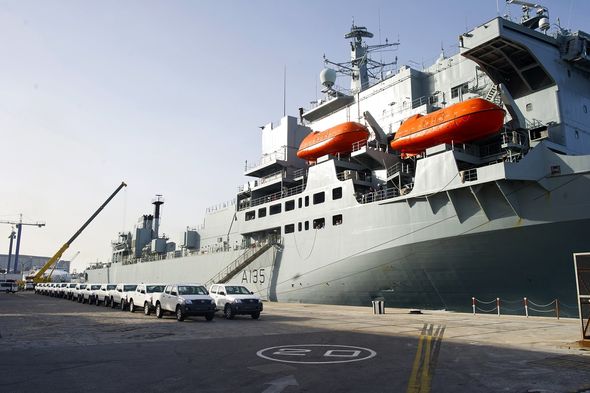 Ms Levy told Her Majesty: “In the event of a crash on deck or any emergency, I’m the first on the scene, ready to fight the fire.”

The Queen said: “Sounds as though you’re rather busy,” prompting smiles from the rest of the personnel in the call.

And Lieutenant Colonel Barrie Terry, who is on the UN Peacekeeping mission in Mali, surprised the Queen by explaining he had been deployed since before Christmas.

He said “I’ve been out here for Christmas, Easter and Summer,” prompting the Queen to ask: “So you haven’t seen your family?” 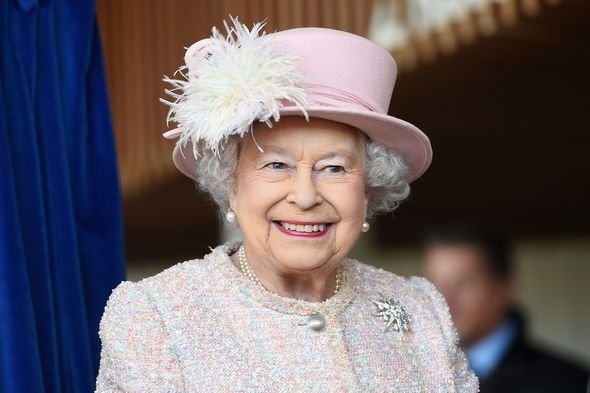 The Queen gave her respect to the forces personnel, as well as providing some laughs. (Image: Stuart C. Wilson / Getty)

Lt Col Terry said: “No, unfortunately the COVID crisis has meant that the rest and recuperation flights have been put on hold.”

The Queen ended the call by saying: “I must say it’s very interesting to hear about all the deployments.

"And obviously, everybody has been extremely busy with the pandemic haven’t they, and doing a wonderful job.

“I’m very glad to have been able to meet all of you, and the best of luck.”

Nuno about 0:1 with Sevilla: Disappointment. Wolverhampton conceded too often in the final minutes
Immobile about Newcastle: They called my agent when the sheikhs bought the club
Liverpool are confident they will sign Tiago. The player has already agreed a contract and is pressing Bayern
Our judging = fear and helplessness. Instead of Kaloshin and Kashshai – a soulless system that does not care
Lothar Matteus: Messi is not enough to pass such a Bayern. I am not afraid of Barca
Thomas Tuchel: Mbappe will play Atalanta if nothing happens
Lille acquired 20-year-old forward David from Gent. He is the best sniper of the CONCACAF Cup
Source https://www.express.co.uk/news/royal/1309618/queen-Elizabeth-II-news-RAF-armed-forces-video-call-royal-family-latest?utm_source=feedburner&utm_medium=feed&utm_campaign=Feed%3A+daily-express-news-showbiz+%28Express+%3A%3A+News+%2F+Showbiz+Feed%29