Putin says Russia is more ‘open’ than other countries

Mr Navalny was seized after returning to Russia on Sunday and is now being detained for 30 days. In August he nearly died after being poisoned with Novichok nerve agent, the same substance used in the 2018 Salisbury poisonings.

He later accused president Putin of being personally implicated in the attack.

According to Russian prosecutors Mr Navalny was detained after violating parole terms imposed on him as part of a suspended sentence for embezzlement.

However, the prominent Kremlin critic has always alleged the charges were politically motivated.

He faces a hearing on January 29 to discover whether he will be forced to serve his three-and-a-half-year suspended sentence. 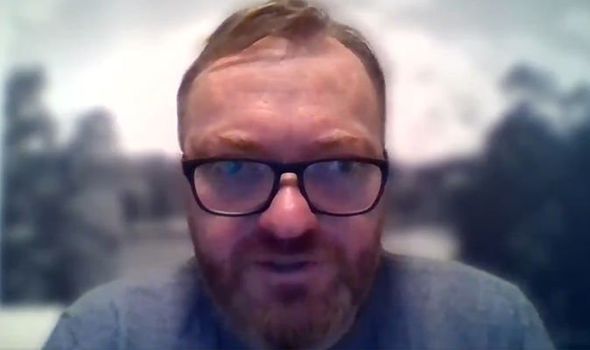 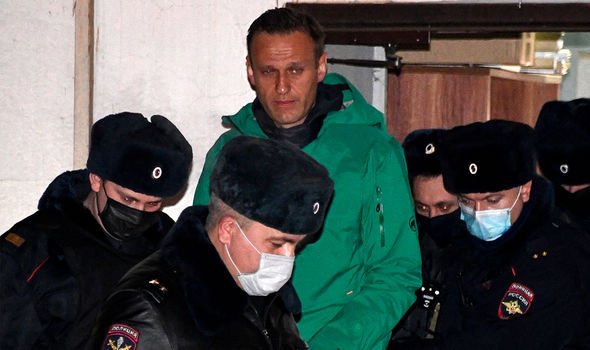 Alexei Navalny was arrested after returning to Russia (Image: GETTY)

However, his plane was diverted at short notice to another Moscow airport, with supporters alleging this was in response to the number of activists who turned out.

He said: “It’s so popular to call someone poisoned by Novichok.” 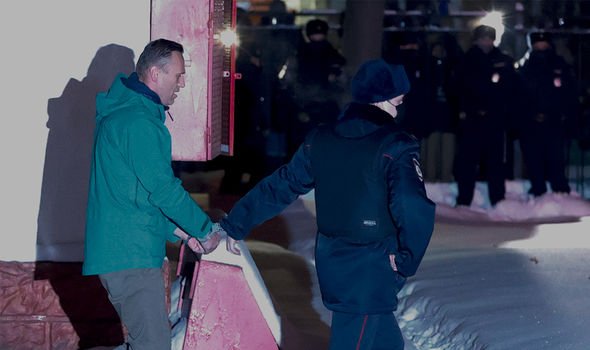 Alexei Navalny was poisoned with Novichok in August (Image: GETTY)

Mr Milonov added the charge was used in the UK “if you want to point at someone showing this person is an opponent” of the Russian state.

On August 20 the dissident became violently ill on a flight within Russia from Tomsk to Moscow.

He received treatment in a German hospital before being released on September 22.

Mr Navalny, an anti-corruption blogger with millions of social media followers, is one of Putin’s most prominent opponents. 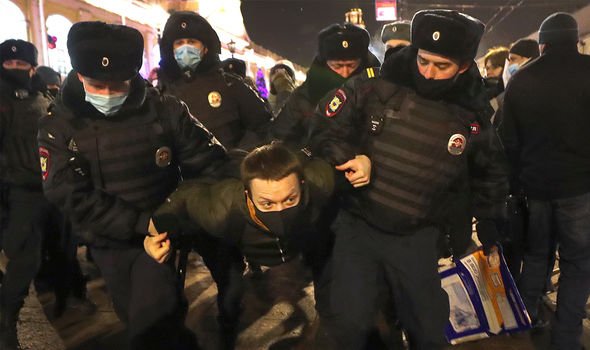 A supporter Alexei Navalny being arrested in Moscow (Image: GETTY) 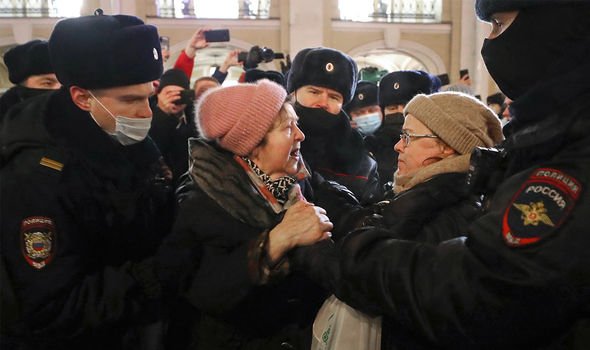 Alexei Navalny urged his supporters to take to the streets (Image: GETTY)

Five Organisation for the Prohibition of Chemical Weapons (OPCW) laboratories confirmed Novichok had been used in the attack.

A later OPCW report alleged a new strain of Novichok was used, which has yet to be listed as a controlled substance by the Chemical Weapons Convention.

Following the poisoning six senior Russian intelligence officials were subjected to sanctions by the UK and EU.

Mr Navalny later recorded and released a telephone conversation with one of the Russian intelligence operatives he alleged had been involved in the attack.

Russia 'flexing its muscles' in waters off UK warns Carter

The agent claimed Novichok had been smeared on Mr Navalny’s underwear whilst he was at a hotel in Tomsk.

On March 4 2018 Sergei Skripal, a Russian double agent for British intelligence, his daughter and a police officer were poisoned with Novichok in Salisbury. 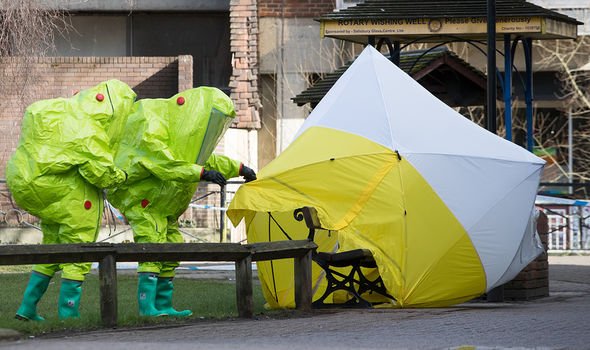 In 2018 Sergei Skripal and his daughter were poisoned in Salisbury (Image: GETTY)

The Kremlin was blamed by the British government and 153 Russian diplomats were expelled across western countries.

However, in June a British couple, Dawn Sturgess and Charlie Rowley were poisoned in nearby Amesbury and Ms Sturgess later died.

Police concluded they were poisoned by the same Novivhok nerve agent used in the Salisbury attack.

I’m an Irish traveller – I couldn’t go out without my brothers until 17, married at 18 & my husband pays for everything

Where is BBC 2’s The Responder filmed?

Hodgson explains how FC's three co-captains will share the role

'Amazon' warehouse first look as 1,500 jobs set to be created

'Neither Queen nor Philip' made comment on Archie's skin colour

The best dog toys and accessories you can buy at Argos

Does Meghan Markle have siblings? Everything you need to know about the Duchess of Sussex’s brother and sister

James Arthur made £2.2m in just ONE year despite cancelling headline tour

Is The Responder on BBC 2 based on a true story?

Who is in the cast of The Responder on BBC 2?

Online money systems are being rebuilt – who’s in control?

Fedor Sneaks, 17, is personal shopper for football stars like Greenwood and Gilmour, and business is booming in lockdown