Russia is building two new planes that will be used to evacuate top Kremlin officials and as an aerial command post, according to a state-owned news agency. The report from RIA Novosti revealed on Monday that work on the jets has already started in Voronezh, a city 321 miles south of Moscow.

The news agency said the planes would be used “to evacuate the country’s senior leadership and coordinate the troops in case of the destruction of ground and satellite infrastructure.”

The so-called “Doomsday” planes, named for their ability to withstand a nuclear blast, will be hooked up with technology so they can manage Russia’s nuclear defences.

This includes submarines, strategic bombers and missile launchers based up to 3,700 miles away.

The two new planes are set to replace the Il-80 aircraft. 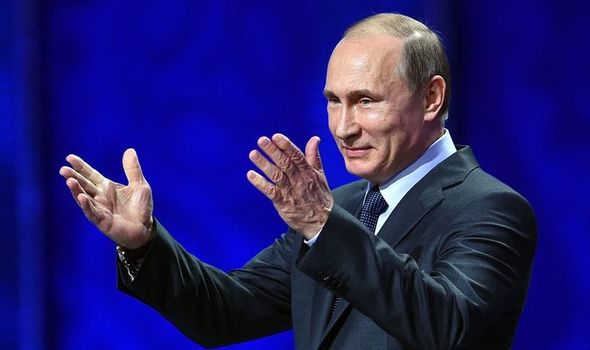 They will also be windowless in an attempt to protect passengers onboard from a nuclear blast.

The ‘Doomsday’ aircraft first hit the international headlines in December after Russian police started an investigation into a break-in at a top-secret nuclear command centre and the theft of one of the plane’s equipment.

Whilst the incident raised concerns over security, military experts believe the aircraft was targeted by common thieves who appropriated precious metals, including gold and platinum. 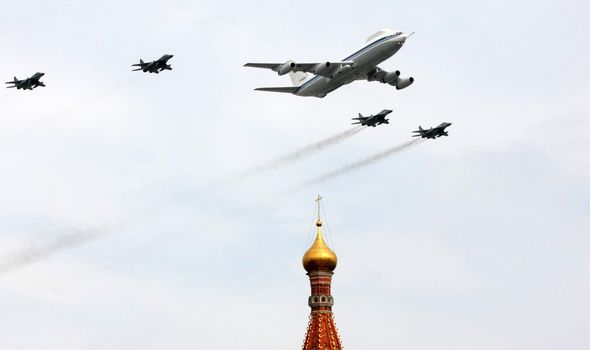 The two new planes are set to replace the Il-80 aircraft (see above). (Image: Getty)

Just last week, the Kremlin unveiled a $30million jet that can fly twice as fast as the speed of sound.

Nonetheless, the ‘Doomsday’ announcement seems to follow the US Air Force releasing footage of their own nuclear resistant jets.

Just hours before the report in RIA Novosti, a spokesman from the Pentagon tweeted a video of the E4-B Nightwatch being refuelled in mid-flight.

Relations between the White House and the Kremlin are said to be at their lowest point since the Cold War. 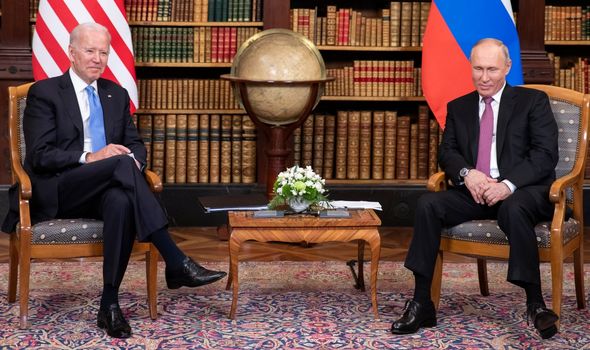 On Wednesday, top officials from Washington and Moscow will meet in Geneva to discuss the arms race. (Image: Getty)

However, the respective Presidents, Joe Biden and Vladimir Putin, agreed to resume talks to reduce the risk of nuclear war at a summit last month.

On Wednesday, top officials from Washington and Moscow will meet in Geneva to discuss the arms race further.

Kuntz headed the Turkish national team
Jamie O'Hara: I don't think that anyone other than Manchester United, City, Liverpool and Chelsea will win the Premier League in the next 10-15 years
Carlo Ancelotti: Hazard is not at the level that we would like to see. It is not easy for him to play 2 matches in a row
Laporte was offered to sell Fati in the summer to register Messi. The president of Barca refused
Ronald Koeman: I wanted to go to Barca, but I didn't expect such problems. I am struggling and I do not regret that I came
Ronaldo got into the start of Manchester United in all 3 games after the transfer. He will play with West Ham from the first minutes
Golovin scored for the first time this season in Ligue 1, making an effective action in the 2nd game in a row

Search resumes for man whose girlfriend disappeared on trip

Man ‘takes law into his own hands’ and beats up ‘bully’ neighbour who had been tormenting OAP, 85, and disabled son

John Challis: Tributes pour in for Only Fools and Horses star after tragic cancer death

Russian election: How a visit to a polling station led to my personal data being leaked online

Salon owner, 45, robbed at knifepoint by two men while on phone to dying grandad

Dad fought to save baby struck by incurable condition

‘It’s not about you’: Machado lays down law to Tatis during dugout confrontation

LIVE: Crash on A38 brings dual carriageway to a standstill

Readers reply: why do humans cry when they are sad?