A £270 grand Lambo went from sleek sports car to burning inferno in less time than it took a clumsy couple to say "I do".

The luxury Italian super-sport vehicle, believed to be an Aventador, was filmed with its lights still on as flames towered around it following a high-speed smash that injured three.

The green Lamborghini hire car was clocked by police as it blasted through the 40mph area before it lost control and slammed into a parked VW Golf that tragically still had someone inside.

The VW was hit so hard that it span out across the junction and into a parked Kia on Elinthorpe Street.

Shocking footage of the aftermath shows a streak of flames from the split tank leading up to the blazing body of the former supercar.

The heroic police officers who were at the scene ran over to the burning wreckage and managed to dive in and save the stricken passengers.

Witnesses reported that the 25-year-old driver was part of a wedding party taking place in the city. He is believed to have suffered serious head injuries.

Emergency services rushed to the scene on Wakefield Road, Bradford, West Yorks, at around 10.30pm. 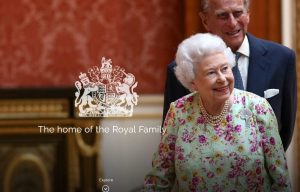 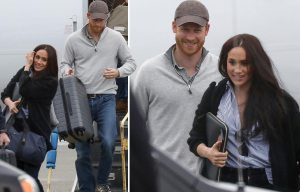 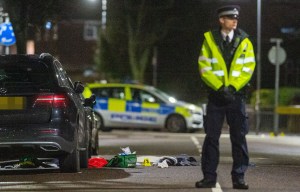 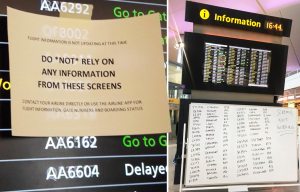 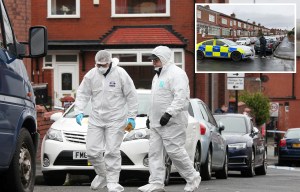 Man, 19, stabbed to death in Oldham fight as cops arrest three over murder

A West Yorkshire Police spokesman said: "The driver of the Lamborghini, a 25-year-old man, suffered head injuries and remains in hospital and the passenger a 25-year-old woman suffered minor injuries and has since been discharged from Leeds General Infirmary hospital.

"The male driver of the VW Golf suffered minor injuries.

"Police were not in pursuit of the Lamborghini. Roads Policing Officers ran on foot from their stationary vehicle to the scene of the collision to give first aid."

The injuries incurred by the three people involved in the crash are not believed to be life threatening.

West Yorkshire Police have put out an appeal for witnesses following the incident quoting log 1901 of 15 February or use the live chat facility at www.westyorkshire.police.uk/contactus.

Local luxury car hire companies have been contacted by The Sun Online for comment.

How long it takes for coronavirus symptoms to appear

Woman fined £650 under Coronavirus Act for 'loitering' between railway platforms

Visitors now banned from these parts of Renfrewshire beauty spots

The Cheshire street hosting lockdown dance parties on their doorsteps

5 transfer masterstrokes that Michael Edwards has pulled off at Liverpool

How to watch new Dynamo: Beyond Belief series in the UK

Aldi slashes price of Prosecco to £4.99

Children should ring grandparents for a history lesson during the coronavirus lockdown, academics say

National Price Hike Day: 11 things that could see your bills go up by £158

Inside insane life of king with 20 mistresses, four wives and a £24bn fortune

Amazon confirms it will supply coronavirus testing kits to the NHS

Dr Hilary reveals when coronavirus should peak in the UK