A PROUD Boys leader has been arrested and charged for storming the U.S. Capitol with a pro-Trump, mob after he was caught on camera participating in the deadly insurrection.

Joseph Randall Biggs, 37, a self-described organizer within the white supremacist group, was arrested after he was spotted in footage during the shocking siege on January 6.

He faces charges of obstructing an official proceeding before Congress, entering a restricted area on the grounds of the US Capitol and disorderly conduct.

Biggs appeared in court in Orlando yesterday and was released under home confinement and other restrictions by U.S. Magistrate Judge Embry Kidd.

Biggs is a radio host and has previously worked on the infamous conspiracy theorist TV show InfoWars, before becoming one of the Proud Boys most prominent figures.

He is seen in multiple videos and images taken from inside the Capitol, and is even named in one of the clips as an unidentified rioter shouts: "Hey Biggs, what do you gotta say?"

He lowers his face mask and smiles broadly, proclaiming, "This is awesome!"

Prior to the Capitol siege Biggs had posted on Parler, a social media platform popular with the far right, instructing his followers to blend in and not wear identifiable clothing, according to the affidavit.

One post written on December 29, Biggs said: We will not be attending DC in colors. We will be blending in as one of you. You won’t see us. You’ll even think we are you...We are going to smell like you, move like you, and look like you."

"The only thing we'll do that's us is think like us! Jan 6th is gonna be epic," he wrote, in a message authorities deemed to be directed to Antifa.

The complaint against Biggs explains he was spotted on the east side of the Capitol building, with "a group of people that hold themselves out as Proud Boys".

According to the affidavit, Biggs was "wearing glasses and a dark knit hat, dressed in a blue and grey plaid shirt," a covert alternative to the Proud Boys usual black and yellow colors.

Proud Boys describe themselves as: "pro-Western fraternal organization for men who refuse to apologize for creating the modern world; aka Western Chauvinists."

Members of the controversial male-only organisation also appeared to be wearing earpieces inside the Capitol, or carrying "walkie-talkie style communication" devices, supporting fears of a pre-planned attack by Trump supporters.

Biggs and another rioter are listed as having this communication device "on their chest".

However, Biggs insisted he did not break into the Capitol building or plan the siege, and was only in Washington for the demonstration.

“Biggs informed the interviewing agent that the doors of the Capitol were wide open when he made entry into the building,” the complaint states.

“Biggs denied having any knowledge of any pre-planning of storming the Capitol and had no idea who planned it.”

Biggs has been a major figure in other mass gatherings involving the Proud Boys and is known for his extreme rhetoric against Antifa members.

He was responsible for orchestrating a 2019 rally in Portland, Oregon in which more than 1,000 far right protestors against anti-fascist counter-demonstrators.

Other well-known Proud Boys extremists have been arrested in the wake of the Capitol riots for their roles planning and participating in them.

Dominic "Spazzo" Pezzola was arrested and charged after allegedly smashing a window at the Capitol with a police shield - one of the first breaches of the building that allowed a stream of rioters to gain access.

The organizations leader, Enrique Tarrio, 36, was arrested ahead of the protests after arriving in Washington to attend. 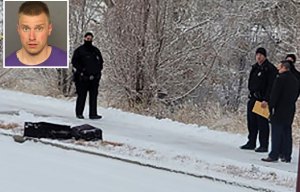 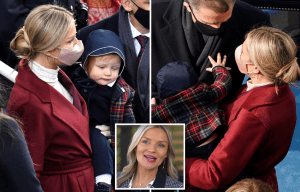 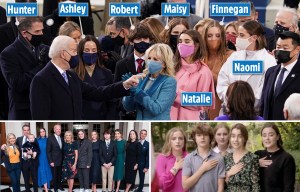 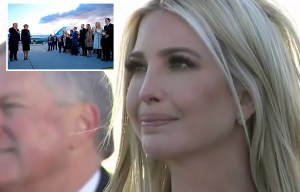 He faced charges of destruction of property after it was claimed he burned a BLM banner torn from a historic Black church in the capital a month earlier.

He was also facing weapons charges after officers found him in possession of two high-capacity firearm magazines when arrested.

Donald Trump did not issue any pardons for rioters facing legal trouble after the riot he incited during his last hours in office yesterday - instead favouring rappers Lil Wayne and Kodak Black.

Real Madrid director Butragueno on Atletico player's hand: It's a penalty. We were again unlucky with referee Hernandez
Mourinho on Tottenham's 100 goals of the season: Not bad for a defensive and poor team
Coman has rejected Bayern's offer of a new contract until 2026
Holand's transfer is a priority for Real Madrid. The deal could cost 270 million euros (As)
Atletico controlled the first half of the derby thanks to Simeone's bold plan. Then the game opened up, and Casemiro's spurts saved Real Madrid
Laporta on Messi: Barcelona is a family. I hope this will help to ensure that the best player in history remains at the club
Manchester derby in a deserted city: fans instead of players meet their cars, Zinchenko gives an Interview in Russian, Sulscher breaks the series Pep

Bookies suspend betting on next Ayr boss after flurry of bets

'Amlo made us public enemy No 1': why feminists are Mexico's voice of opposition

Trump returns to New York for first time since presidency

What is the Declaration to Travel form and how do I download one?

Youths 'spoken to' after huge fire deliberately started at beach

Roadmap out of lockdown: What are the new travel rules?

Ballots go out as Labour's chaotic mayoral selection moves on

Sudden bereavements during the pandemic total nearly a million

School pupils, their family and staff will all have to take Covid-19 tests

Holly Willoughby and Phillip Schofield on Harry and Meghan interview

I was born in the wrong era, claims man who would’ve been a twat whenever

B&M is selling 650g tubs of Celebrations for just £1

Broken Liverpool need to be rebuilt - is Jurgen Klopp the man to do it?

Five worst diets for your sleep revealed from Atkins to Dukan

The 'Battle of Swansea' which halted rugby match with South Africa

Why has my Facebook logo changed? New icon is genius celebration of International Women’s Day