PRIYANKA Chopra was the victim of severe bullying in high school, to the point where she was forced to leave the country and her "confidence was stripped."

The actress has come clean about her teenage struggles in her tell-all memoir Unfinished that is set to release next month.

Priyanka, 28, opened up about encountering bullies to People, explaining that the abuse from her peers was so extreme, she was forced to move back to India.

The celebrity left her American high school at age 15, as she claims the harassment was impossible to ignore.

The Baywatch star told the publication: "I took it very personally. Deep inside, it starts gnawing at you.

Priyanka attributes the torment to being Indian, as she described the hate as a racist act.

The award-winning star admitted: "My confidence was stripped. I've always considered myself a confident person, but I was very unsure of where I stood, of who I was."

After initially moving to the states at age 12, Priyanka stayed with relatives in New York City, Indianapolis, and Newtown, Massachusetts.

The actress revealed that the hate became crippling after arriving on the East Coast.

As Priyanka would walk up to class, her peers would shout: "Brownie, go back to your country!" and "Go back on the elephant you came on."

Though she reportedly did her best to ignore the bullying, her classmates' slandering took a toll on her mental health and led her to "[break] up with America."

Priyanka explained that returning to her home country was therapeutic, sharing: "I was so blessed that when I went back to India, I was surrounded by so much love."

"Going back to India healed me."

Though throughout her adulthood the Miss World 2000 winner has been vocal about fighting racism, she was met with some controversy during the Black Lives Matter movement last summer.

The Bollywood star was called a "hypocrite" for supporting the coalition, after previously modeling as the spokesperson for a skin lightening cream.

Priyanka's husband, Nick Jonas, 28, expressed the couple's support for black lives, posting: "Pri & I have heavy hearts ... The reality of the inequalities in this country, and around the world, are glaring.

"Systemic racism, bigotry and exclusion has gone on for far too long, and remaining silent not only reinforces it, but it allows it to continue."

"The time to take action is NOW. It’s no longer enough to say 'I’m not racist.'

"We must all do the work to be ANTI racist and stand with the black community.

"In our first step towards our continued efforts to help fight this fight, Pri and I have donated to the Equal Justice Initiative and ACLU.

"We stand with you and we love you. #BlackLivesMatter #JusticeForGeorgeFloyd," he closed.

Fans were not convinced by the statement, as one slammed the actress: "Was Pri's 'heart heavy' before or after she promoted skin lightening creams? Was it 'heavy' when she watched Muslims get lynched in her own country and said nothing? 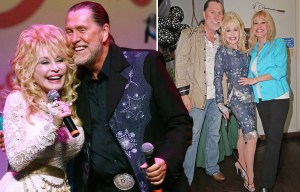 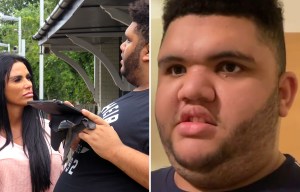 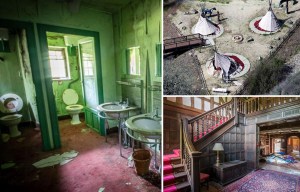 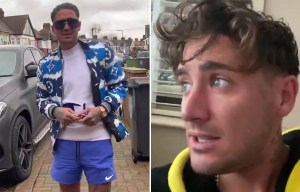 "What about the time when you invited a fascist to your wedding? It seems like her heart is doing just fine."

In 2017 Priyanka spoke to Vogue India about the photoshoot, explaining that her choice reflected her childhood insecurities.