Charlotte, four, showed off her lovable cheeky side as she travelled in the back seat, with her mother at the wheel, for the festive celebrations hosted by The Queen. Charlotte was accompanied on the backseat by her younger brother Prince Louis, one. Kate, 37, beamed a huge smile and waved to waiting photographers as she drove through the Palace gates.

The royals well fully in the Christmas spirit as Kate wore an elegant red Christmas jumper.

Prince Louis, who made a rare public appearance, sported a green number, with white festive trim.

The young Prince looked all grown up in his white polo and sat alongside his father in a booster chair in the front seat. 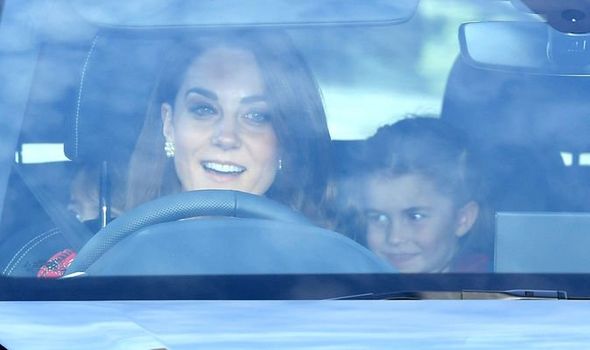 Princess Charlotte grins for the camera's as she arrives at Buckingham Palace (Image: EMPICS ) 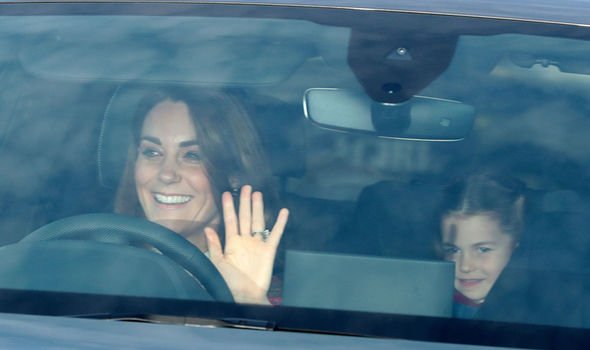 The Duchess of Cambridge waves for the cameras on arrival to Buckingham Palace (Image: EMPICS)

William smiled for the camera and wore a dashing navy suit and tie.

The Prince of Wales, who earlier attended a service in east London to remember victims of the Sri Lankan Easter terrorist bombings, was chauffeur-driven to the palace.

Prince Andrew, Princess Beatrice, and Zara and Mike Tindall were also in attendance. 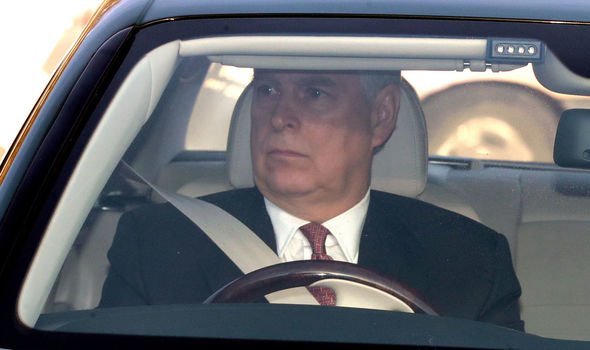 The Duke of York drove himself to the palace.

Meghan Markle and Prince Harry are still on their festive break, so they were not spotted among the royals arriving at the Palace today.

The Duke and Duchess of Sussex will also not spent Christmas at the annual gathering at Sandringham and will instead be with Meghan’s mother Doria Ragland for the celebrations.

Other arrivals at the Palace this afternoon, included the Princess Anne and her husband, Vice Admiral Sir Tim Laurence. 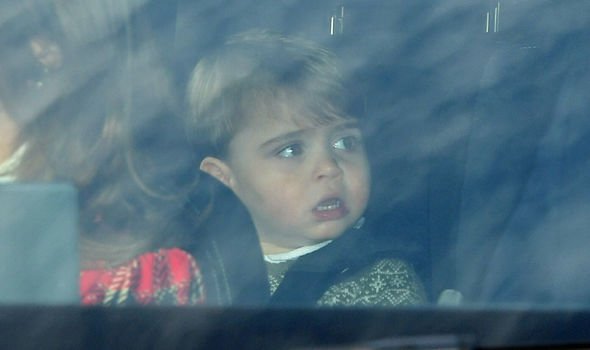 The Countess of Wessex drove herself to the private event with her daughter Lady Louise Windsor sitting beside her.

Her husband, the Earl of Wessex, arrived separately, driving a vehicle with his son, Viscount Severn, in the back seat.

Every year the her Majesty hosts two pre-Christmas lunches at Buckingham Palace to celebrate the festive season.

Earlier this week the Queen held a special meal to thank her staff for their hard work throughout the year. 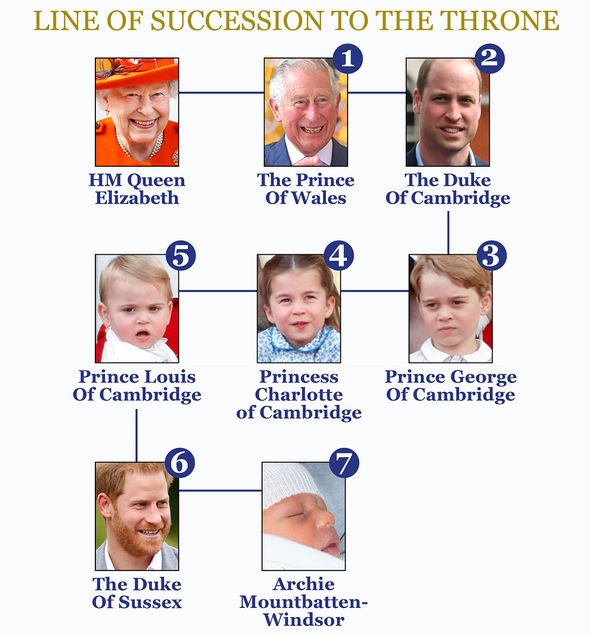 Line of succession to the British throne (Image: EXPRESS)

On Monday Kate and William feature in a special BBC documentary with former Great British Bake Off judge Mary Berry, where the Duchess gave a rare insight into family life.

Kate revealed to the national treasure how she inspired one of Prince Louis first words.

The Duchess described how Louis became “fascinated” by one of Ms Berry’s cooking books and would say her name.

The Duchess said: “Actually I have to tell you, one of Louis’s first words was his version of Mary.

As the pair strolled through the stunning gardens in Wisley, Kate also spoke about how Ms Berry inspired one of Prince Louis first words.

The Duchess described how Louis became “fascinated” by one of Ms Berry’s cooking books and would say her name.

The Duchess said: “Actually I have to tell you, one of Louis’s first words was his version of Mary.”

Gareth bale: Mourinho played a huge role in my return. This is the perfect coach for Tottenham
Show after 1:3 from Palace: I believe that Manchester United need to strengthen their squad. This will give us a boost
Josep Bartomeu: Koeman is at Barca for years to come. He is a symbol of the club
Pjanic on Barca: the Team is doing very well, we are ready. Koeman told me to be myself
Fede Valverde on Messi's desire to leave Barca: There were no messages on this topic in the Real Madrid chat
Gary Neville: Manchester United won't win the Premier League until they sign a mobile centre-back
Van de Beek after 1:3 with Palace: Happy to make his debut for Manchester United, but disappointed with the result
Source https://www.express.co.uk/news/royal/1218802/princess-charlotte-pictures-kate-middleton-buckingham-palace-christmas-royal-news?utm_source=feedburner&utm_medium=feed&utm_campaign=Feed%3A+daily-express-news-showbiz+%28Express+%3A%3A+News+%2F+Showbiz+Feed%29