A new picture of Charlotte was released for her sixth birthday last week, which shows the young royal with a huge grin and long hair. The photograph, which was taken by her mother Kate, Duchess of Cambridge, depicts Charlotte outside in a flowery dress and marks her second birthday in a row for which there are lockdown restrictions. Whenever a new picture is released, there is always a debate as to who the Cambridge children look most like and Charlotte has always bore a resemblance for the Queen.

However, unearthed photograph of Her Majesty as a child shows just how similar she looked to how her great-granddaughter looks now.

In a photograph of the Queen from 1934, the then-Princess Elizabeth, who would be seven or eight years old, poses with her hand on the side of her face with a serious expression.

In another photograph, this time from 1935 when the Queen would be eight or nine years old, she wore a ruched chiffon dress and lace fingerless gloves.

The pair are both smiling at the camera and their faces are very similar, although the Queen looks slightly more shy than Charlotte.

READ MORE: Nicola Sturgeon doubled down on swipe at Kate and William 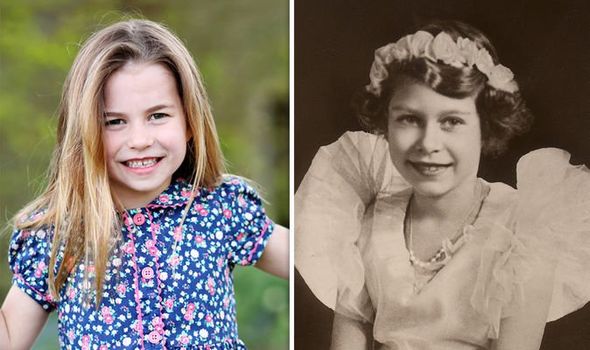 Princess Charlotte at six, the Queen at eight (Image: GETTY) 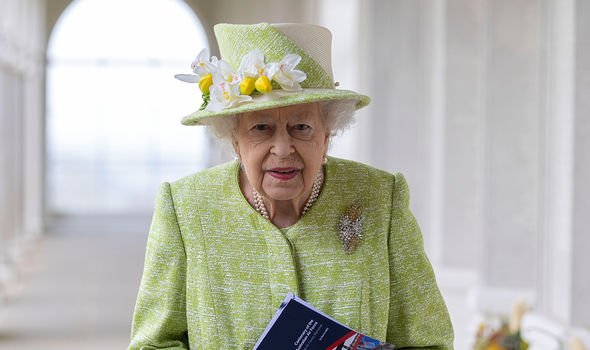 Ms Gripper said in this week’s podcast: “Obviously, any time any pictures of the kids came out it's like, ‘Who does she look most like?’

“Is it Kate, is it William, is it the Queen, is it Prince George? Who are you going for?”

Mr Myres immediately said: “The Queen! Somebody sent me a picture of the Queen at seven and it's just striking.

“I thought she was a mixture of William and Kate and then I was just blown away by this picture of the Queen when she was seven years old, so I’m going with the Queen.” 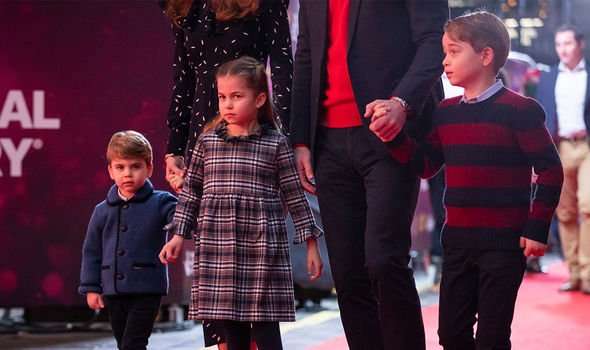 Princess Charlotte with her brothers George and Louis (Image: GETTY)

Ms Gripper added: “People have always been quite keen to draw comparisons between Charlotte and the Queen ever since she was little, so it will be interesting to see whether that continues as she grows up.”

Charlotte’s picture was released in a slightly unusual way this year.

Usually, William and Kate like to post pictures of the children directly onto their social media channels, but last weekend they were taking part in the football boycott of social media.

The boycott aimed to encourage the digital giants to crack down on hate speech and abuse on their platforms. 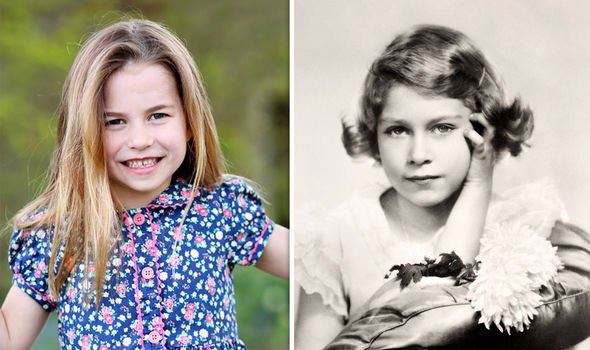 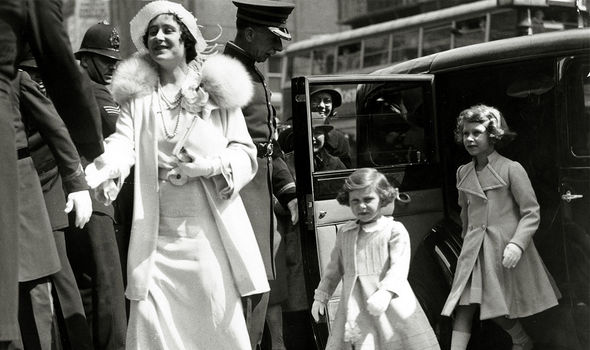 Prince William, as the President of the FA, decided to support the English football community in standing up to the vile racist abuse that players recieve, and add his voice ‒ or indeed, silence in this instance ‒ to those fighting to stop it.

So, instead of posting Charlotte’s image themselves, they sent it to media outlets for them to release it on her birthday last Saturday.

Ms Gripper said of the picture: “Six ‒ she does look really grown up, her hair’s got really long as well, she’s got that toothy smile.

Mr Myers: “It was just quite relaxed wasn’t it?

“Just like normal kids playing around, like when Louis scuffed his shoes up on his first day of nursery a couple of weeks ago

“And now this is just a nice relaxed photo. They’re great shots.”

Ms Gripper agreed that the six-year-old did not have “glossy, done hair” for the picture.

She said: “She looks like she’s probably just about stopped running around for five minutes to be grabbed, ‘Just stand still, now off you go again’.”

To subscribe to Pod Save the Queen go to your normal podcast provider.