William, who is president of the English Football Association, tweeted: "Now, more than ever, we must protect the entire football community – from the top level to the grassroots – and the values of competition and fairness at its core. I share the concerns of fans about the proposed Super League and the damage it risks causing to the game we love."

The message was posted on the Duke and Duchess of Cambridge's official KensingtonRoyal twitter account and was signed "W", meaning it came from the prince himself.

The propsals have sparked a furious backlash amongst fans with spontaneous demonstrations breaking out at stadiums across the country.

There has also been widespread condemnation from politicians.

Boris Johnson has said the breakaway league could "take a lot of the cash away from clubs that really need it". 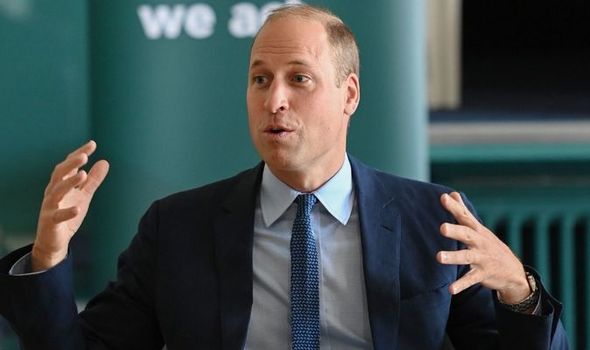 "I can't think that it's the right way forward."

Culture Secretary Oliver Dowden told the House of Commons that the Government "rules out absolutely nothing" and is prepared to push through any new measures as quickly as possible. 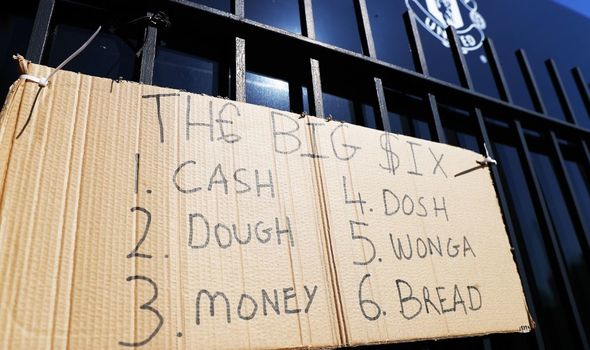 Former Liberal Democrat leader Tim Farron hit out at the "shameless, arrogant, desperate elite" for pursuing the Super League proposal, and said the six English clubs should be forced by law to follow the wishes of their supporters.

Mr Dowden said he was confident that MPs would support any necessary measures if the actions of the Premier League and Uefa are "not sufficient to stop this in its tracks".

He also agreed the Super League plans can be likened to "a cartel" when asked by Conservative colleague James Cartlidge (South Suffolk). 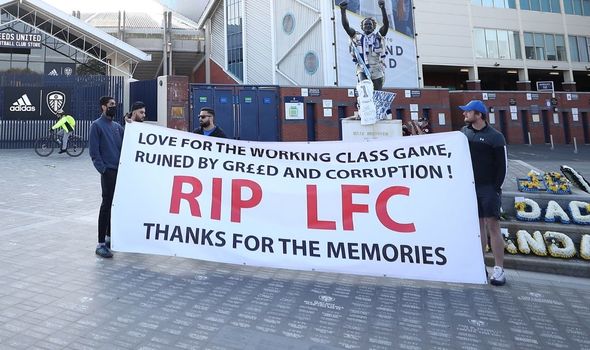 Speaking in the Commons, Mr Collins said decisions need to be taken about the Super League in the coming weeks.

He said: "If it is clear that under existing competition law and under existing powers for the Premier League and the FA there's nothing that can be done to stop these six clubs joining the Super League, is the Government prepared to consider amendments to the law in order to give those bodies the powers they need - in particular to prevent clubs joining competitions that have not been sanctioned by either the FA or Uefa?"

Mr Dowden replied: "On competition law, we're already engaging with Beis (Department for Business, Energy and Industrial Strategy) in terms of our response to it. We rule out absolutely nothing.

"I know from my conversations with the Premier League and with Uefa they're already proposing to take some pretty draconian steps to stop this, but we stand ready and we will not allow anything to stop us from doing this in terms of timing, we'll get on with it as soon as we need to."

Mr Farron, a Blackburn Rovers supporter, added: "Will the Secretary of State fast-track legislation that will force any club seeking to break away and join a new league to first ballot their fans and be mandated to abide by the outcome of that ballot?"

Mr Farron said the legislation should be retrospectively applied to the beginning of the 2020/21 season, adding: "Those who wish to steal and destroy the English game must be stopped, English football must be saved, and this Parliament has the power to do it - not just review it."

Mr Dowden said the UK Government backs the actions of the football governing bodies and is looking at "all options" and will "proceed at the fastest pace required in order to deliver that". 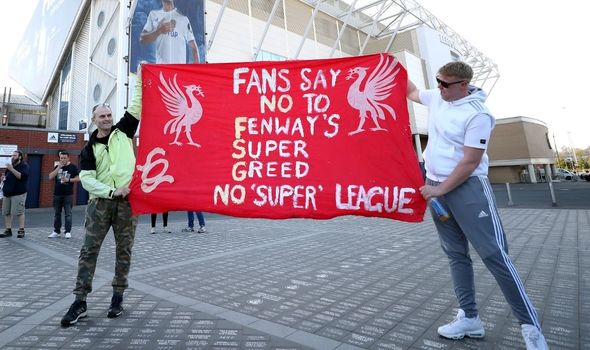 Protests have been held across the country (Image: PA)

Responding to Labour's Jeff Smith (Manchester, Withington), the Culture Secretary also said: "I have already met with the Premier League and I have said that we will support them in taking the strongest possible action.

"And I can also give (Mr Smith) the assurance that if the actions by the Premier League and Uefa are not sufficient to stop this in its tracks, I have noted the level of support for taking further measures in the House, and it gives me confidence that we will be able to get any measures through should those be necessary."

Labour MP Ian Byrne (Liverpool West Derby) said that it was "heart-breaking" to see Liverpool amongst the clubs included in the Super League proposals.