The Duke and Duchess of Sussex invited 600 guests to their nuptials in St George’s Chapel at Windsor Castle, but only 200 made the cut for their private evening reception at Frogmore House. Most of those invited turned up at 7pm in double-decker buses, while some chose to come in their own transportation. Hollywood star George Clooney and his wife Amal, a human rights barrister, pulled up in a silver Audi.

Notably absent was Skippy, Harry’s friend from Eton, and his wife Lara, who were invited to the wedding ceremony and lunchtime reception, but not to the evening bash.

Skippy had reportedly questioned the Prince’s relationship with Meghan, which was potentially the reason for the snub.

According to a biography of the Sussexes, Finding Freedom, Skippy told friends at a brunch the day after the wedding: “Meghan has changed Harry too much.”

He said the prince was awed by the likes of the Clooneys and Oprah Winfrey, adding: “We’ve lost him.” 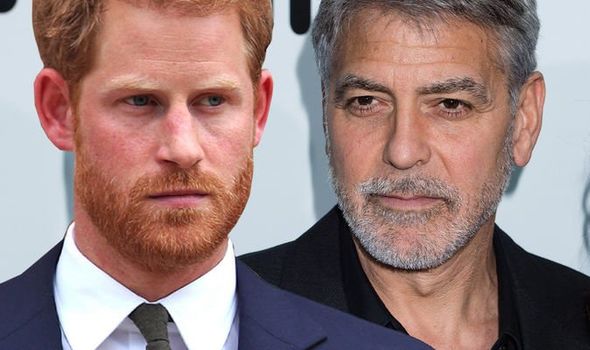 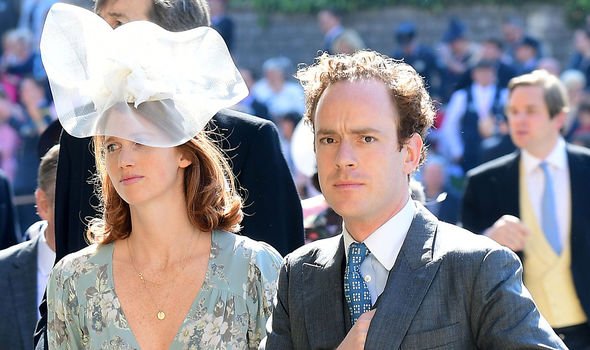 Skippy and his wife Lara at Meghan and Harry's wedding (Image: GETTY)

Many of Harry’s old friends reportedly said that the evening guest list was Harry and Meghan’s way of saying: “These are the people we want in our lives moving forward.”

It was likely hurtful for people who had been friends with Harry for years to be ditched for people like George Clooney, who it is believed did not know Harry and Meghan very well at the time of the wedding.

George and Amal were given a “prime pew” to watch the service, sitting next to Lady Carolyn Warren, whose husband John is the Queen’s bloodstock adviser ‒ a specialist who oversees Her Majesty’s horse breeding and racing interests.

Despite this special treatment, it has been claimed that they did not actually know the Sussexes all that well. 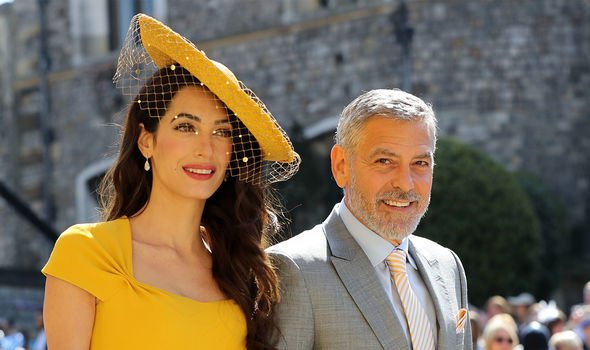 Journalist Rachel Johnson recounted a “story doing the rounds” at the wedding, which cast doubt over their closeness.

She asserted that the claim originated from Carolyn Bartholomew, one of three women to have shared a flat with Princess Diana in Earls Court before she married Prince Charles.

This friend was among very few people that were privy to Diana’s early dates with Prince Charles and was later announced as Harry’s godmother.

Ms Johnson explained that Ms Bartholomew was “waiting for the wedding service to start” when she decided to spark conversation with those around her. 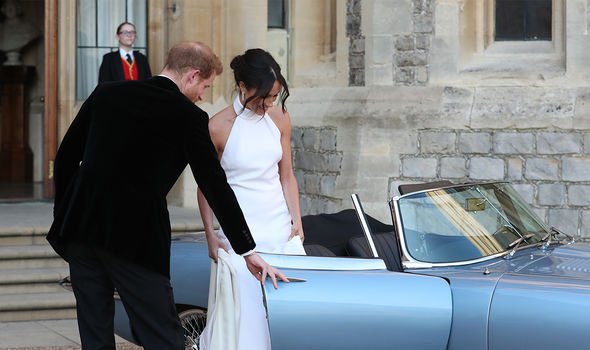 Meghan and Harry on the way to their evening reception (Image: GETTY)

The journalist continued: “She turned to the couple alongside her and asked how they knew Harry or Meghan.

“‘We don’t,’ the Clooneys answered brightly.’”

It has also recently claimed that Oprah Winfrey, who was also given a prime spot in the church, had only met Meghan once before being invited to her wedding.

Nevertheless, George Clooney was said to be the last man on the dancefloor at the wedding reception and danced with both Meghan and Kate, Duchess of Cambridge.

According to Finding Freedom, he “coaxed people to the bar” and had guests laughing as he “started free-pouring shots of Casamigos tequila”, later saying he “wanted to make sure everyone had the best time”.

The book added that the Clooneys hosted the Sussexes at their house in Sonning, Oxfordshire, although it does not say whether this was before or after the royal wedding.

Meghan and Harry reportedly brought their dogs with them to the house, where the Clooneys loved to take friends out by the lake.

They had a secluded decked area and inside was a lounge decorated with “traditional club wood panelling, heavy drapes, dark velvets, pushchairs and a bar.”

The book also claimed the Clooneys invited the Sussexes to Lake Como weeks after the wedding and that the ladies “spent a lot of time relaxing by the pool and playing with the twins”, Alexander and Ella Clooney.

Meanwhile, Harry apparently “checked out George’s motorbike collection” and later “took one of them out with one of his protection officers”.

Amal Clooney reportedly flew by private jet to Meghan’s baby show in New York, where Meghan told her she was expecting a boy.

Finding Freedom was written by Omid Scobie and Carolyn Durand and published by HQ in August. It is available here.