Prince Andrew humiliation: How Queen didn’t save Andrew from wrath of Windsor staff

Prince Andrew, 59, is the Queen and Prince Philip’s third child and is more than 10 years Prince Charles’ junior. Queen Elizabeth II had settled into her role as monarch by the time Prince Andrew was born and managed to spend more time with him than she had with his older siblings. One royal biographer has described the moment a mischievous young Andrew suffered a humiliating punishment at the hands of Windsor stable staff. 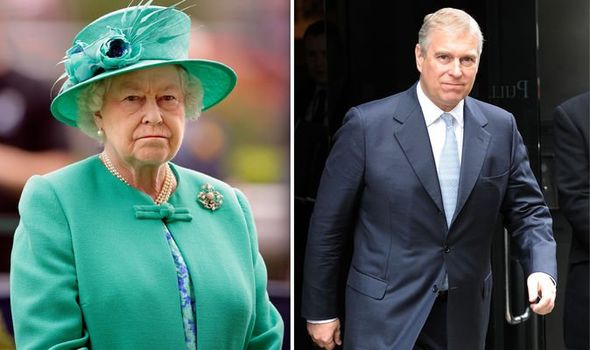 When Prince Andrew was five he wandered out of The Duke of Edinburgh’s sight and into the Windsor Royal Mews stables, according to royal expert and author Ingrid Seward.

In her book ‘My husband and I: The Inside Story of 70 Years of the Royal Marriage’, Ms Seward recounts how the badly behaved young royal often “aimed sly kicks at dogs” or “taunted” guardsman.

She wrote: ”The coachmen and grooms who worked there had little time for the prince [Andrew], having often seen him aim sly kicks at dogs and taunting the helpless guardsmen. Sensing their studied indifference and trying to attract attention, the Prince started beating the ground with a large stick.”

When the grooms didn’t pay Andrew any notice he ramped up his attention-seeking.

Ms Seward wrote: “No one took any notice, so Andrew doubled his efforts and beat the ground even harder, taking a sideways swipe at the legs of horses.”

The horses at Windsor are almost as precious to the Queen as her children, and the stable staff would not tolerate Andrew’s attack.

According to Ms Seward, they found the perfect way to deal with the young prince. 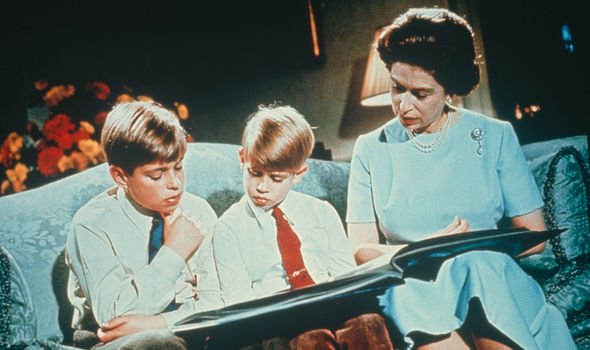 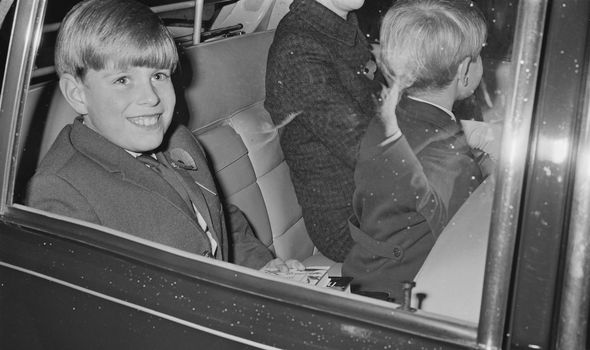 Ms Seward said: ”When he refused to stop, two grooms picked him up, threw him into the dung heap and shovelled manure all over him.”

A young Andrew was not used to being treated like this and was stunned by the humiliation.

Ms Seward wrote: “The Prince was too shocked to cry, but the impact of his humiliation hit him and, when he managed to extract himself from the foul-smelling mess, he ran as fast as he could up the hill to the castle saying: ‘I’ll tell my mummy.’”

While it is not clear whether the Queen was ever told about the incident the grooms were never reprimanded for their actions. 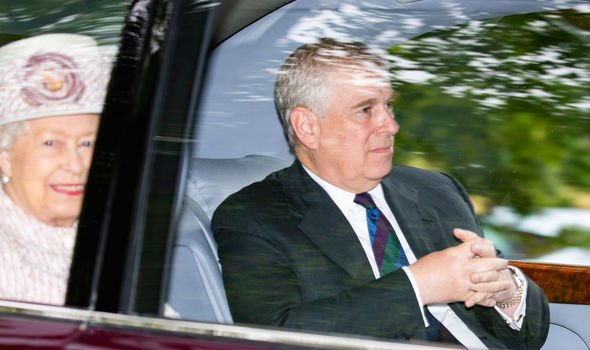 Ms Seward wrote: ”No one knows if he ever did but there were no repercussions.”

The Royal Family have banded around to support Prince Andrew in recent weeks following the death of his disgraced financier friend Jeffrey Epstein.

Mr Epstein was in prison awaiting trial for child sex trafficking charges when he was reported to have killed himself.

A statement from Buckingham Palace said the Duke York was “appalled” by recent reports of the Mr Epstein’s alleged crimes.

The statement read: “The Duke of York has been appalled by the recent reports of Jeffrey Epstein’s alleged crimes.

“His Royal Highness deplores the exploitation of any human being and the suggestion he would condone, participate in or encourage any such behaviour is abhorrent.”

Angel Di Maria: I'm Glad I didn't move to Barca in 2017. I am happy at PSG
The wife of a Serbian from galaxy called for shooting rioters
Modric on how Mourinho criticised Ronaldo: Cristiano almost cried at half-time
Giorgio Chiellini: I came close to leaving Juve twice: to Real Madrid in 2010 and to Manchester City in 2011
Herrera on Neymar and Mbappe: PSG don't sell stars, they buy them
Enrique on the 2015 Champions League final: Told the team: the Worst thing that can happen is to be a Juve player in a match against Barca
Gladbach shows how the concepts of Cruyff and Guardiola can be applied
Source https://www.express.co.uk/news/royal/1167633/Prince-Andrew-humiliation-Queen-Elizabeth-ii-save-Andrew-Windsor-Castle-palace-staff?utm_source=feedburner&utm_medium=feed&utm_campaign=Feed%3A+daily-express-news-showbiz+%28Express+%3A%3A+News+%2F+Showbiz+Feed%29