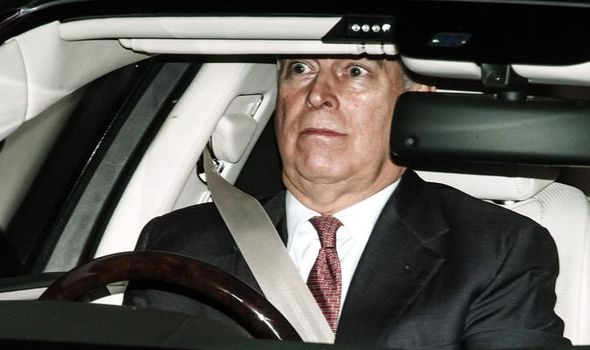 He is trying to put his patronage of more than 200 charities and groups on hold while he steps back “for the foreseeable future”, following his disastrous TV interview about his friendship with the late convicted paedophile Jeffrey Epstein. But many of them have already severed ties with him and asked him to resign. It is also alleged Andrew slept with a 17-year-old girl who was one of US financier Epstein’s sex trafficking victims. The prince denies this allegation.

He is said to have quit hours after being seen riding with the Queen, who had consulted Prince Charles, in Windsor Great Park.

A spokesman said: “The Duke will continue to work on Pitch and will look at how he takes this forward outside of his public duties and outside of Buckingham Palace.

“We recognise there will be a period of time while this transition takes place.”

The Queen will continue to fund Andrew’s staff and office costs from her private Duchy of Lancaster property empire income. 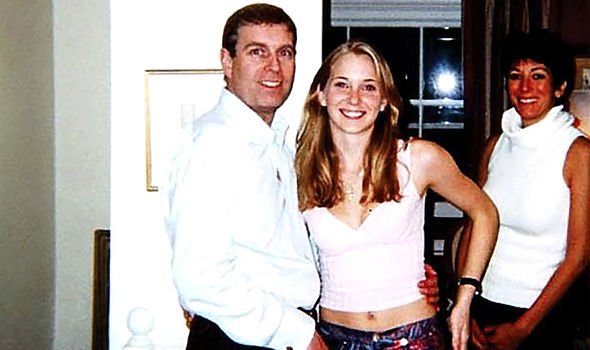 The Duke of York with Virginia Roberts in London (Image: PA)

But David McClure, the author of Royal Legacy, an investigation into the House of Windsor’s finances, said as Andrew now has no royal role, she would no longer be able to write off the estimated £1million-a-year cost as a business expense.

Charles, 71, pays £4million a year in tax, but the Queen refuses to disclose her bill.

She began paying tax voluntarily in 1992, after a furore over the Royal Family asking the public to pay for the restoration of fire-hit Windsor Castle.

Instead of Parliament, she agreed to cover the cost of supporting the offices of other working royals, apart from Charles.

Andrew, then a Royal Navy officer, received £249,000 in his annuity, but over the past 27 years, that figure is thought to have risen significantly.

In 2014, 11 people were employed in his office, including two business secondees and two interns from Huddersfield University, where he was chancellor until forced to resign on Thursday.

That is now thought to be around 15, including Andrew’s private secretary, Amanda Thirsk.

Cambridge graduate Miss Thirsk, who has been blamed for pushing Andrew into giving last week’s interview with BBC Newsnight, is also chief executive of [email protected] and still working for the duke.

Last night one of Pitch’s biggest backers, Barclays, announced it was “regretfully” quitting as a partner. 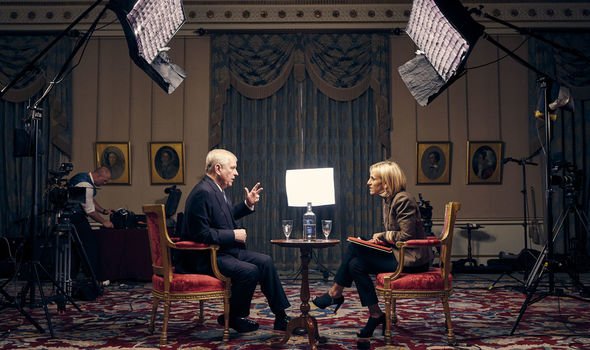 A spokesman said: “[email protected] has been historically highly successful in supporting entrepreneurs and job creation and we hope a way forward can be found that means they can continue this important work.”

Two of the most prominent of Andrew’s patronages, English National Ballet and the Royal Philharmonic Orchestra (RPO), forced him to resign as their patron.

“At a subsequent meeting of the RPO Board, it was decided that the orchestra should part company with its patron, with immediate effect.”

Ole Gunnar Solskjaer: I Think it was a penalty against Aston Villa
Philadelphia played in t-shirts with the names of black people who died at the hands of the police
Kompany tries everything at Anderlecht: he coached without a license (terrible), played 15 matches and invested 3 million euros in the club
Aston Villa coach on Manchester United penalty: A shameful decision
Paul Pogba: Winning the Europa League and the FA Cup are two of Manchester United's goals for this season
Manchester United's first ever Premier League win 4 consecutive games with a difference at least 3 goals
Brunu has scored 7 (4+3) points in his last 3 games for Manchester United
Source https://www.express.co.uk/news/royal/1208203/Prince-Andrew-latest-BBC-interview-royal-news?utm_source=feedburner&utm_medium=feed&utm_campaign=Feed%3A+daily-express-news-showbiz+%28Express+%3A%3A+News+%2F+Showbiz+Feed%29