‘Briefings For Britain’ believes recent proposals submitted by the EU in relation to Northern Ireland may make it more difficult for the UK to diverge from EU regulations. The Brexit research group suggested: “The new proposals, if enacted, would thus be a Sword of Damocles’ hanging over the UK – threatening Northern Ireland’s trade, prosperity, and political stability to achieve the goal of UK convergence with EU regulations.”

The phrase - relating to courtier Damocles who lived in 4th Century BC - suggests someone is in a situation of a great danger.

A diplomat from the European Union has also suggested diverging from EU regulations will be a "problem" for the UK.

‘Briefings for Britain’ has described how Irish journalist Tony Connelly, of RTE, spoke to EU officials, in which one diplomat from a senior EU nation said: “Divergence is going to be a problem anyway."

If the UK decided to diverge, the EU could withdraw favourable conditions, and, in doing so, re-impose difficulties in trade between Great Britain and Northern Ireland, it is feared. 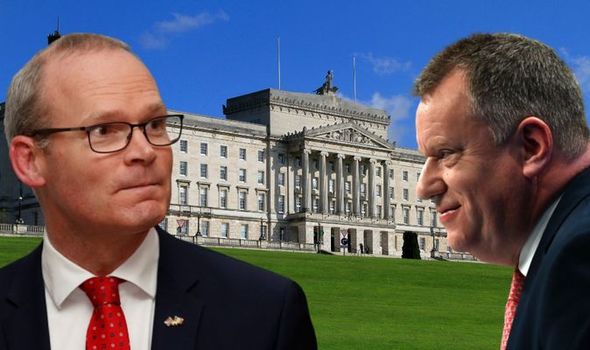 The NI protocol review is yet to be finalised (Image: Getty) 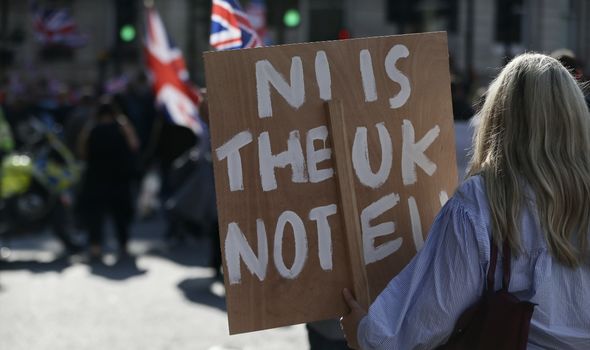 Tension has arisen over the protocol (Image: Getty)

On Wednesday, the EU set out changes which they believe will help ease a major source of tension in the Brexit negotiations.

The Northern Ireland Protocol was created to stop border checks between the UK and Republic of Ireland, in the EU.

But it has led to trade disruptions between Great Britain and Northern Ireland, prompting anger and calls for it to be re-assessed. 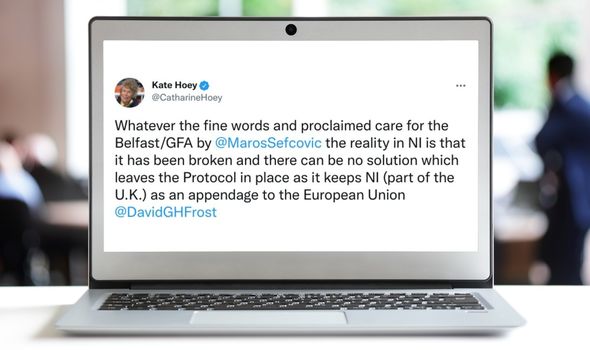 The protocol agreed Northern Ireland - to prevent border checks - would continue to follow EU rules on product standards. But instead checks would take place upon goods entering Northern Ireland from England, Scotland and Wales.

Briefings for Britain adds of the protocol: "Northern Ireland would be the pressure point the EU squeezes every time it feels the UK is slipping out of its regulatory grasp."

The EU's proposals aim for an 80 percent reduction in checks on food products - though they say will not be renegotiating the protocol.

It will allow chilled meats to enter Northern Ireland from Great Britain - a source of tension dubbed 'Sausage Wars'. 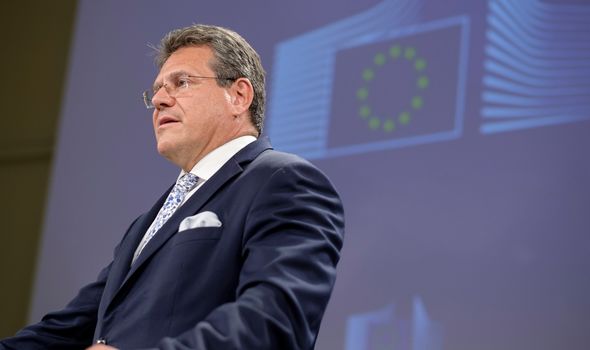 The proposal came after Ireland's Foreign Minister Simon Coveney was criticised over his approach to the row over post-Brexit trade in Northern Ireland.

He tweeted: "EU working seriously to resolve practical issues with the implementation of Protocol - so UKG creates a new “red line” barrier to progress, that they know EU can’t move on. Are we surprised?

"Real Q: Does UKG actually want an agreed way forward or a further breakdown in relations?" 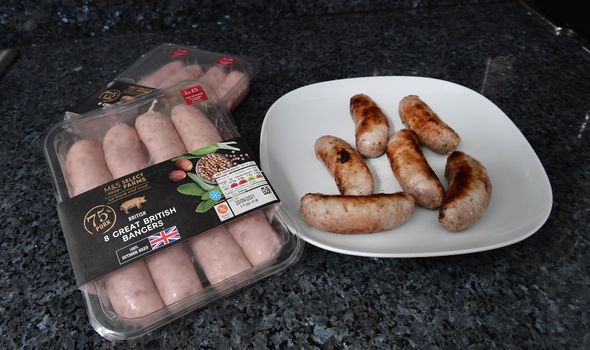 Some declared the concessions a victory in the so-called 'Sausage Wars' (Image: Getty)

He wrote in The Daily Telegraph: "Given the issues facing Ireland, the UK and the EU over the Northern Ireland Protocol, you might have thought that Ireland’s top diplomat would be careful not to inflame an issue which is already on a knife-edge. Not a bit of it."

One source in Connelly’ RTE report said: “At a certain point not too far away… there won’t be any commercial unionism to save, because companies will all have made their practical commercial arrangements to deliver within the protocol. Most have already done so.”

With proposals designed to facilitate trade between Great Britain and Northern Ireland, a lot remains to be ironed out.

Proposals have already seen a reduction of customs checks by as much as half, and the introduction of ‘national identity’ foods that would be exempt from control.

Furthermore, there would be a plan in place to facilitate the movement of medication and drugs between the North of Ireland and the UK. 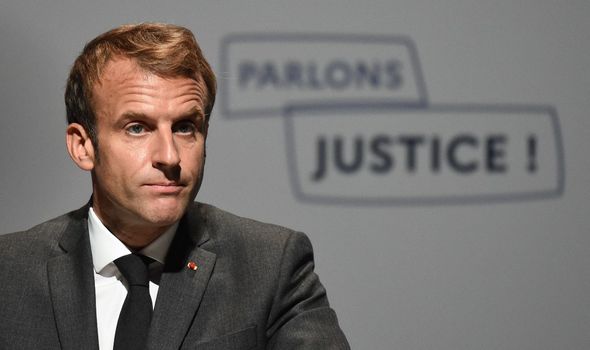 Many saw the protocol review as a victory in the protocol negotiations for Britain, with The Telegraph stating “EU surrender in the Sausage Wars”, however, with the final agreement yet to be confirmed, there does exist some resistance.

Both Germany and France have grown increasingly concerned at London’s demands surrounding the ECJ.

One unnamed EU diplomat said: “France is more hard-line’, Berlin is hopeful but sceptical… there’s a huge difference in tone and approach between Berlin and Paris. They’re preparing for the same outcome but they don’t necessarily advocate the same things.”

With France escalating its post-Brexit pressure on the UK, the diplomat went on to say: “Paris is straight out of the blocks for retaliation. That is not where Berlin is. They’re Germans, they want to know what options there are. How can we respond proportionately, in what field can we expect action, how can we convey the strongest signal to London.”