PARENTS and children alike have been left outraged after a popular bike track in Darlington was flattened by the council.

A BMX spot in Mowden, dating back to 1999, has been flattened by Darlington Council after complaints of anti social behaviour and fires.

But people and parents of children who use the community-built track, near Baydale Beck, say there has never been a problem, with kids as young as two or three on balance bikes playing there.

Samantha Skelton’s sons Joel, 11, and Ollie, 15, were regulars at the spot. The 11-year-old spent the past two years going there with friends from school and sent a video to his mum after finding the spot flattened last week.

Ms Skelton said: “I always knew he was safe when he was there. There was a group of them from school that would go and there were never any problems.

“Joel broke his leg at the4Motion indoor track and actually used this one to build his confidence back up.

“I’ve been there with them with the little one in the pushchair and I was never worried about the track. The jumps weren’t big – there are bigger potholes.

“One of the boys popped their tyre when we were there over lockdown and one of the older guys who was maintaining the track helped sort it and lent us his pump.” 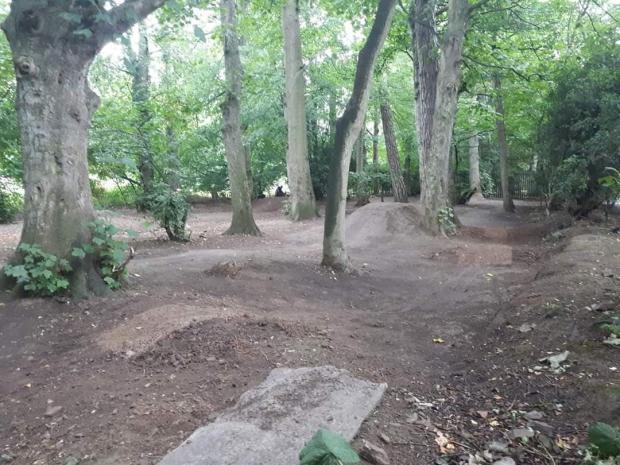 The man that helped the family was Stuart Morgan, who started building the track back up and maintaining it around two years ago.

He said: “We put in a lot of graft, to the point there was a cracked drain, from before 1997, due to a collapsed clay pipe. We dug it out to help drain the water otherwise that corner would flood.

“We weren’t doing harm. There is a way to build jumps, we kept them small with a slow decline.”

After the complaints, Mr Morgan had meetings with the council to determine the future of the track, in hope they would give support in making it an official site. Instead, it was flattened. 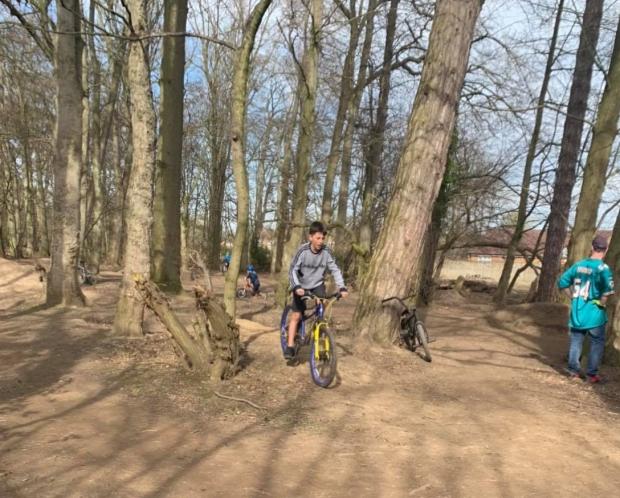 The man is due to meet the council again in October and, while he says he has not been told the agenda, Darlington Council local services cabinet member Andy Keir says they will look at future options for a bike track.

However, this is not the first time the track has been flattened.

Mowden dad Craig Evans, who was part of the group to originally dig the track over 20 years ago, said: “Me and a few kids from the Baydale estate started digging the track in 1999. We rode and dug there for a good four years.

“Our main problem was dog walkers, often from the other parts of town who drove across town to walk dogs and shout at local kids for riding bikes. I remember my dad having to come down a few times to talk with them.

“It was flattened a few times by said walkers, which spurred us on to make it bigger and harder to flatten.

“We eventually got sick and moved to a different spot. I visited the track often over lockdown with my young son and it was good to see kids off their PlayStations, riding bikes and taking care of that area by litter picking and sweeping up.

“We were all 12 and 13 when started digging the track. I’m 35 now with a three-year-old son. I still ride and race bikes and all started at there.” 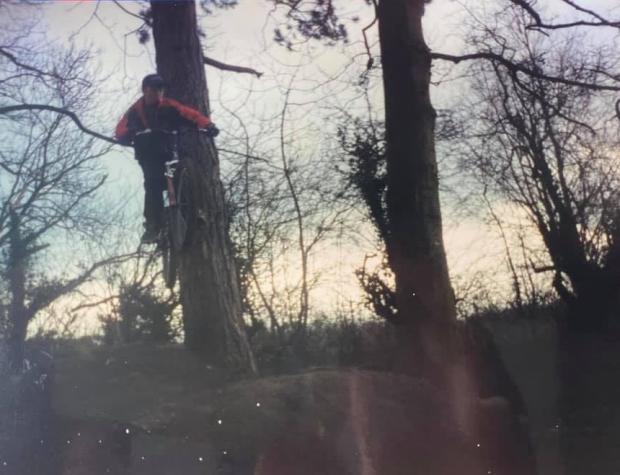 While people are keen to “grab their spades and start digging again”, Mr Morgan does not want to do so without the go-ahead from the council.

Cllr Keir said: “There have been several complaints from residents of antisocial behaviour and fires at the site and a meeting was held to discuss the issues, which included the main organiser of the track and the local MP Peter Gibson.

“It was agreed that the land would be returned to its normal state. However, a further meeting is planned to look at what other options may be available to perhaps create a more permanent track, in a more appropriate location, or enhance existing facilities for youngsters to enjoy more safely.”

Alisson on recovery from injury: I prayed a lot, spent 5-6 hours a day with physiotherapists
The VAR referee told the Barcelona - real match referee that Langle did not foul on Ramos. Catalans want to get audio
Frankie de Jong: we have to adapt to Messi. He is the best player in the world
Real Madrid defender Nacho will miss 4 weeks due to injury. Two right-backs are already injured
Manchester City are considering Pochettino and Nagelsmann should Pep leave
Solskjaer still wants Manchester United to buy Holland
The reforms of Manchester United and Liverpool are reminiscent of the history of the Premier League. Then the tops got tired of social justice and wanted freedom
Source https://www.thenorthernecho.co.uk/news/18734586.popular-20-year-old-bike-spot-darlington-flattened-complaints/?ref=rss