The alleged attack began around 3.30pm on July 18, when sweltering temperatures drove hundreds to the beach. Officers described the suspect as being between “five feet and five feet seven inches tall” and “possibly of Pakistani descent”.

He had short, spikey hair and a distinctive line cut through his left eyebrow.

Police said he told the victim he was 17, and had travelled to Bournemouth from Birmingham.

The incident took place close to the Bournemouth Oceanarium, whilst the girl and friends were playing with a ball.

This landed in front of the suspect, who threw it back and began speaking to the victim. 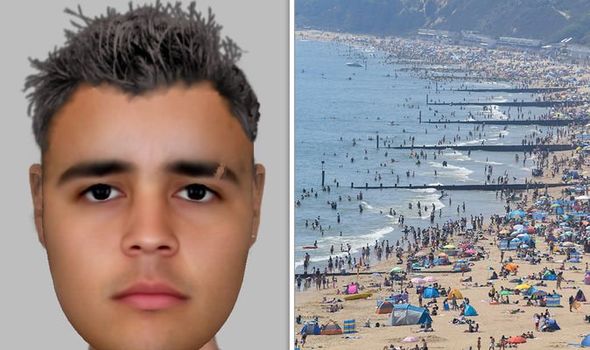 Police have released an e-fit of the suspect (Image: GETTY/Dorset Police) 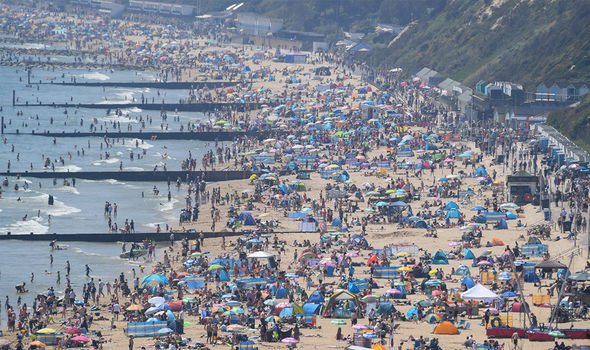 She alleged he then pulled her into deeper water and raped her.

In a statement, Dorset Police said: “The offender told the victim that he was 17 years old and was travelling to Birmingham.

“It is believed the male is also from Birmingham.

“He is described as possibly of Pakistani descent and with tanned skin, between five feet and five feet seven inches tall and of a thin but muscular build with short dark hair that was pushed back and looked freshly trimmed.

READ MORE: Scheming drug addict stole £4,600 from pensioner who paid her for sex 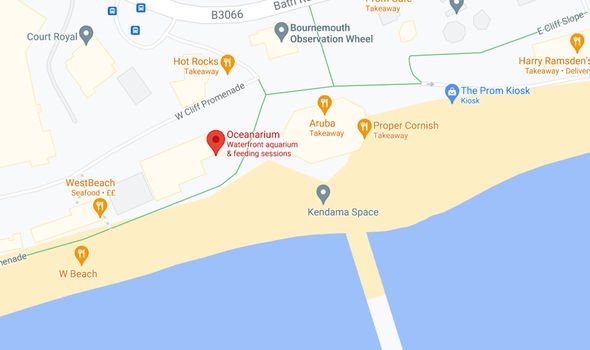 “He was wearing black or grey swimming shorts.”

Dorset Police’s Major Crime Investigation Team has begun an inquiry, whilst the victim is being supported by specialist officers.

Detective Inspector Wayne Seymour, who is working on the case, urged anyone with information to come forward.

He said: “As part of our investigation we have obtained forensic evidence that means we will be able to eliminate anyone who was not involved from our enquiries. 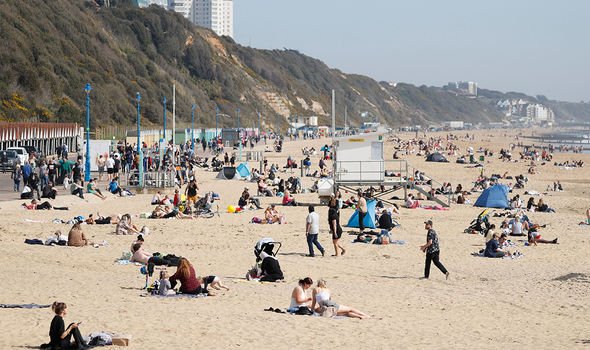 “We have also received a number of reports of young Asian men approaching female beachgoers on the date of the incident, some of whom may have exchanged messages on Snapchat.

“I would urge anyone who has exchanged Snapchat messages with someone who approached them on the beach that day to please make contact with us as it may assist our investigation.

“In addition I would like to renew our appeal to anyone who was on the beach in the vicinity of the Oceanarium to check any photographs or video footage taken to see if they have captured anything of relevance.”

Britain was sweltering in a heatwave on July 18, with temperatures reaching 29C in southern England.

Darren Harris, a neighbourhood inspector from Bournemouth Police, said the force has increased patrols after the reported attack.

He commented: “I understand this incident will have caused concern for the wider community.

“We continue to work collaboratively with BCP Council and other partner agencies to step up patrols along the seafront and these efforts will continue throughout the summer. 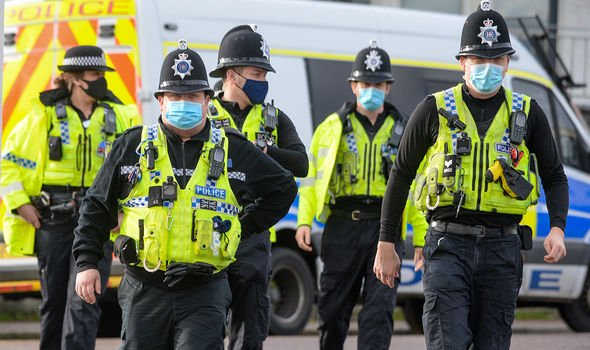 Police are urging anyone with information to come forward [stock photo] (Image: GETTY)

“Police Officers, Police Community Support Officers, Community Safety Accreditation Scheme (CSAS) Officers, Council staff and the RNLI will have a visible presence on the seafront and can be approached by members of the public with any concerns.”

On Wednesday swimmers were ordered to leave the sea by Bournemouth’s Boscombe Beach, following reports of a “large marine animal” in the water.

Following investigations by the RNLI, the beach was fully reopened later in the day.

Crash and burn: the intense and fleeting romances of the Covid era

Trump may be gone, but Covid has not seen off populism

Eat the rich! Why millennials and generation Z have turned their backs on capitalism

Newcastle United injury latest, return dates and what Steve Bruce has said ahead of Watford