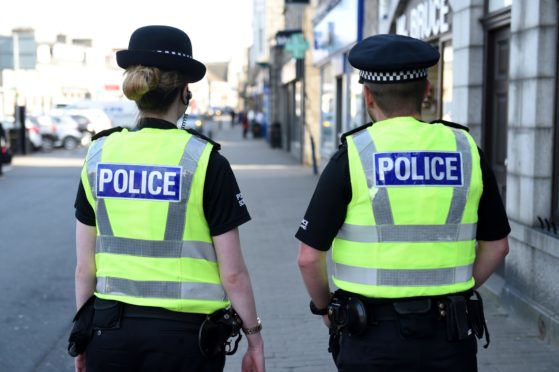 Police Scotland is “as ready as it can be” for any challenges posed by the UK’s impending exit from the EU, a senior officer said yesterday.

Deputy Chief Constable of local policing Will Kerr was updating a special meeting of the Scottish Police Authority in Aberdeen yesterday on how the force’s Brexit preparations were progressing.

The UK is to leave the EU on January 31, but there is the general election next month posing some uncertainty first.

DCC Kerr said: “I think everyone is looking to see what December 12 brings. We are ready to police and keep Scotland safe whatever may come.

“We are as operationally ready as we can be, we are still waiting for political clarity of the how and the when.”

A paper presented to the meeting said that as of November 8, nearly £11million had been spent on preparing for Brexit – including a weekly cost of £377,000 of retaining a reserve of officers to respond to any unrest.

It read: “Brexit is a highly contentious subject and the Brexit Contingency Planning Team are fully aware of the potential civil unrest.

“At this time the headline figures are: projected operational full revenue costs (this financial year) – £20.2 million.

“(The) Scottish Government has agreed to fund up to £17m of revenue costs to retain 400 police officers whilst uncertainty remains.

“The remaining £3.1m of costs that are unfunded relate to opportunity costs as well as incremental costs.”

Woman, 35, stabbed to death in East London home as man, 54, arrested on suspicion of murder

Couple loved their pet Labrador so much they spent $50,000 to clone him

Man caught on camera tackling deacon during mass at church

Best AmazonBasic items for your home under £50

Snow falls over Dartmoor in Devon with ice forecast overnight

Coronavirus: £100bn wiped off FTSE as outbreak spreads in Europe

Somebody has just paid £9,200 in a DVLA auction for a very rude sounding number plate